“Once a nexus of knowledge for the Ancient Ones. We take up the mentle of its occupants, and learn from it their secrets”

Fósepist Station is an Oikoumene research station currently occupied by the the Orothil'Tastran Hermitage. The station itself, an ancient laboratory that engaged in various unknown experiments, is currently the nexus of the hermitage. It is a place of pilgrimage and the beating heart of the hermitage's quest to understand the secrets left behind by the Oikoumene.

The original contruction and purpose of Fósepist Station is still an uncertainty even within the highest echelons of the Orothil'Tastran Hermitage's Loresages. What is known is that the station may have been built by the Oikoumene as a focus to research into various lifeforms due to the large expanses of the station reserved for artificial biomes.

What has been ascertained is that the station's operation dates back to at least 31 million BNE as there have been uncovered records of lifeforms transplanted to the station around that time.

It is believed that one of the goals of the station was reseach into guided accellerated evolution such as what happened with the Orothiltastrii. With artificial biomes contructed and expanded to accomodate hundreds of thousands of different species over the course of some twenty million years.

There is still no concrete evidence as to why or when the station was abandoned as records have not been clear. But there is indication the station was unoccupied as recently as 200,000 BNE. Without the researchers to observe them, lifeforms with compatable genetics began interbreedign to create new lifeforms and the carefully-tended biomes developed at their own paces.

The station was discovered by the Tersimian empire circa 110,000 BNE and barely began exploring when a religious brance of the empire claimed it was a dwelling of "The Ancient Ones" and subsequently took it over, claiming the abanodned station for itself. After a year-long cold war it was agreed by the ermpire and the cult that the Tersimian empire could send cult-permittedresearch teams into the station. Not long after this began the cultsits' first offspring showed peculiar mutations, with many parents considering it a blessing from the Ancients for their fortune. After a few generations these new offspring engaged an ethnic takeover of the Tersimian empire's government and established Fósepist as their new seat of power.

With the newly consolidated society, the new culture began to study the station in-deapth, eager to learn more about its previous occupants as theri genetic material became ever mroe prevalent, most likely due to thei ncreasing number of pilgrimages to the station, potentialyl modifying the genetics of the gamete cells of visotors. To this day it is still a mystery where this new genetic imprint came from. It is commonly believed that the source is a potential retrovirus within either the air or water supply.

The primary layout of the statino consists of an aggregate cylinder of artificial habitats connected to a central pylon by sixteen large spokes, each large enough to contain rooms of their own. The station's size is deceptive. Through technologies currently not yet understood by the Hermitage, the station's volume is quadrupled. Presumably through expanding the fabric of spacetime within the superstructure. The dimensions of the station are quadrupled as a result, allowing for potentially billions of lifeforms to reside in the rings alone

In the very epicentre of the structure is a pylon that extends for almost one thousand kilometres from end-to-end. Dubbed the "holy nexus" by the Hermitage, this central pylon contains both the primary energy generator for the station and many square kilometres of computronium layered around each reactor. Built into the computronium are central storage units that have gained a position of spiritual reverence within the hermitage.

The epicentre of the Holy Nexus is a large spherical room that has been taken over by the Elder Council as a meeting hall. Hundreds of smaller rooms alike to this appear within the station and are used as local branches. Lining the walls of these spherical chambers are high-resolution holographic emitters built ot such a quality that only Orothiltastrii with ocular implants can come even close to appreciating picture quality.

The station's primary ring has a diameter of 70km externally and 280km internally and feature two artificail exosystem layers and one industrial underlayer. The innermost layer has an estimated surface area of over twenty thousand kilometres and features an enormous variety of biomes and climates each delicately controlled by the station's internal systems while artificial gravity is maintained by centripedal force.

Built under several biomes are artificial gravity generators designed to simulate differing amounts of gravity to accomodate the lifeforms that may reside there. The biomes themselves range between forests, jungles, hills deerts, steppes and plains with varying soil compositions, local atmospheres (many of which were altered to a composition suitable for the Orothiltastrii some time after they moved in). The Orothiltastrii are not the only lifeforms that inhabit the biomes and records account for hundreds of species, some of which have been regarded extinct elsewhere in Cyrannus while others share a similar modficiation to the Orothiltastrii.

Nestled in a number of biomes are settlements built by the Orothiltastrii both as homes and workstations. Each city is carefully planned and build with great attention to detail and regard to the relative biome.

Fósepist Station's spokes extend outwards, each pair spanning over double the diameter of the rings. The lateral spokes are surface-lined with zero-point energy siphons and each contain hundreds of laboratories along with dozens of smaller biomes, some laboratories and biomes are large enough for small communities to develop inside of them. While the nature of many of the experiments eludes most of the Hermitage, the Elder Council employs thousands of Loresages to ascertain the nature of the research in each lab and any research held inside. At the upper ensd of each spoke are replicators and manufactories designed to creat what cannot be grown in the rings.

After several indutrial accidents during early settlelemt, the Elder Council has made it clear that no laboratory is to eb explored or inhabited without Loresage approval. This however does not mean all inhabited units are compeltely safe.

The polar spokes comtain industrial equipment and power generation vital to maintain the station, inertal emitters and lateral throusters also contribute to keeping the station spinning at a steady rate.

The station itself is home to some seven billion Orothiltastrii. Sixty percent of which were born on the station. Much of the adult population are members of the Loreseekers branch, with a good billion serving as Truthkeeper guards.

The 60% born on the station bear noticeable differences to other Orothiltastrii. Nicknamed "purebreeds", they hold the most modified DNA and cybernetic agumention is common to the point of being the norm. Other traits purebreeds share include greater intelligence, healthier constitution and vastly extended lifespans with a very rare few living for almsot two millenia. It is quite common for these purebreeds to never leave the station in their entire lives, dedicating their entire lives to either decoding Fósepist's archives, exploring the station's more obscure places or analysing information provided by Loreseekers further afield.

Despite all the time the hermitage has spent studying records, much of hte station's full capabilities are still uknown. What is known is that, as a laboratory, the station was not intentionally designed to be a battlestation. While the station has only been under threat a few times, attempts to physically attack the station have been met with retaliatory emplacements and defensive shieling beyond the power of all but the most advanced nations of the galaxy. These defences include navigational scramblers that make approach difficult for anyone who does not have the appropriate codes, singularity catapults, turbolaser cannons and many levels of transphasic shielding.

The fact that only a few have managed to bypass the defences without codes from the administration brings into speculation as to how the station was originally found. The Elder Council however, ascertains that it was fate that the station not only allow their acestors though, but allow them to interact with the station.

over the years the hermiatage has launched a network of defensive and early-warning sattelites in the station's orbit to add to Fósepist's existeing defenses. Because it is sacrilege to canabalise or invaseively reverse-engineer Oikoumene technology, much of the station's superstructure has been left relatively alone.

A dual self-repair and internal defense system, the station has been for millenia maintained by a swarm of picomachines that have the visual appearence of a silvery shimmer when in large clusters. Inhabitsnts have grown used to these and Orothiltastrii themselves have managed to benefit, with station residents having vastly increased lifespans and constitutions. 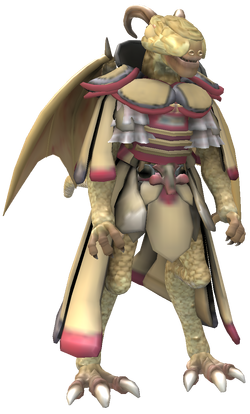 
Lumirios Sutorius serves as the spokesman for the Elder Council and oversees the Hermitage's activities with his fellows within the grand cahmber of Fósepist. An old but keen scholar, Lumirios has spent centuries studying and decoding the secrets of Fósepist's archives. He guards the secrets he has learned with a religious zeal and even when sitting at the Elder Council takes up his days, has come to learn secrets that none of the other elders know.

Whether or not this knowledge is related to his potent psychic cababilities is unknown for certain and he often keeps to himself outside the chambers of the Elder Council. Enigmatic and charismatic, Luminos has used his knowledge to ascend in rank among the Loresages.

“Sometimes as I wander I look up at the simulated skies of the ring and wonder...what secrets do the Ancients hide here? How much more must we search before our quest is done? But then I remember, it is not the goal that is important, but the journey.”

“We will claim this place in the name of the rightful gods!”

“Such construct belongs to Antediluvian, not mortals like these!”

“Such a station could perhaps lead to the wisdom of bringing down the Ultimate One and the Oikoumene- to start my reign over the Realms of the Gods!”