The C.R.S. Ardaeinos (RCC-001) is a Constitution-class Republic refit launched in 11 NE under the command of Captain Tymonir Vargeryan. The first Republic Constitution-class vessel developed jointly by Rambo and Republic scientists, the Ardaeinos was designed primarily as a vessel akin to famous exploration vessels utilised by Rambo Nation in the Quadrants. While the New Republic continued to pursue a naval policy dominated by large Star Destroyers and Battlecruisers, Republic Command continued to fund multiple expeditions into the unknown of Cyrannus, the Quadrants and even into other universes entirely.

The Ardaeinos represents the natural culmination of such expeditions, building on the successes of the Intrepid-class and the Odyssey-class. The Ardaeinos was also seen as a positive step in Republic-Rambo Relations, symbolising the thawing of relations since the Dark Times as the two factions cooperated more closely in the tense astropolitical climate of the Cyrannian Cold War.

During the Second Great Cyrannus War, the Ardaeinos served in Fleet Admiral Willelmus Cretacea's Grand Republic Fleet, and saw combat in numerous campaigns in both Cyrannus and the Quadrants. After the Fall of the Twelve Worlds, the Ardaeinos became one of only fourteen vessels which remained loyal to the New Republic Remnant and subsequently one of four after the disastrous Battle of Cognalorilos.

Designed by a joint team of Republic and Rambo shipwrights, the C.R.S. Ardaeinos was built in emulation to the highly successful Constitution-class starship developed by Rambo Nation during the early years of their exploration of the Quadrants. Launched in 11 NE and placed under the command of Captain Tymonir Vargeryan, the Ardaeinos, a vessel designed for peace though prepared for war, was soon deployed to the Borealis Galaxy, where it played a key role in the final stages of the War of Cleansing, aiding the allied forces against the Cognatus armada commanded by Warlord Xarn Senakh'tenre.

After the war concluded with a pyrrhic victory for the allies, the Ardaeinos was assigned to the Pathfinder Fleet Project, tasked with exploring the Unknown Regions of Cyrannus, recently made free from the Neraida Gigamatrix at the conclusion of the Neraida War. Working closely with Republic captains, as well as representatives from Rambo Nation, the Ardaeinos proved instrumental in carving a new hyperlane linking Aldár with the central territories of the New Republic.

By the outbreak of the Second Great Cyrannus War in 15 NE, the Ardaeinos had been assigned to Fleet Admiral Willelmus Cretacea's Grand Republic Fleet, and later played a key role in numerous campaigns, including several battles of the New Republic Civil War, fighting with Republic forces against both the Empire, and forces loyal to the corrupted High King Rambert Ramveral. Prior to the Fall of the Twelve Worlds, the Ardaeinos was ordered to drydock over Scorpiae, where it was given an exterior refit, increasing the vessels' complement of torpedo launchers as well as emblazoning the hull in Republic red.

After the fall, Vargeryan and the crew of the Ardaeinos expressed their loyalty to President Apollo by refusing to bend the knee to the Emperor, and instead flee Republic space as one of the fourteen vessels of the New Republic Remnant. After escaping the Empire's clutches during the Battle in the Nameless System, the Ardaeinos joined the Remnant in the Cognalorilos system, where it fought against the Great Star Dominion—led by the nefarious Zillum. After the battle, the Ardaeinos remained with the fleet in spite of the majority of the armada fleeing upon the destruction of the Republica, with Vargeryan recognising the authority of the new fleet admiral—Helo Roslia.

“The rest of the galaxy may have lost hope, but the crew of the Ardaeinos will fight to our last breaths to restore the Republic and defeat the tyranny of Tyrómairon.” 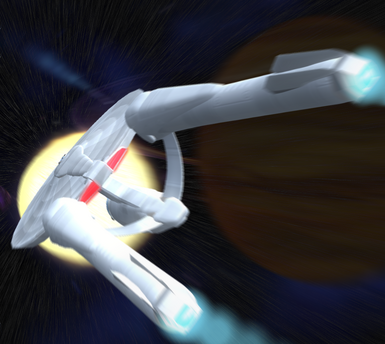 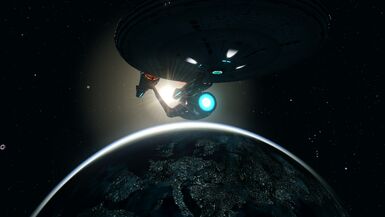 The Ardaeinos in Star Trek Online