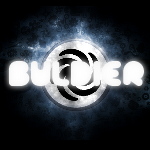 Plotting how to "optimize" the world.

How to start? My name is XXXXXX XXXXXXX, but you can call me The Buldier, or Buldier, or Builder if you want. I joined to Sporewiki to write in the Fiction Universe (Fictionverse for short) in March of 2012, so you could consider me a bit old in the wiki, but anyway I normally take long breaks of two or three months per year and some sporadically breaks of a week.

I am student of engineering and a non-stereotypical extrovert geek lover of history, science, literature and anime at day and an asleep guy at night (I am not Batman, and if I were, I wouldn't tell it XD). Talking seriously, I am a truly fan of technology and society, and that is one of the reasons why I like writing here, because this Fictionverse is pretty accurate at physics and logic and I love that.

I am the creator of United Federation of Species, an ambiguously good empire that come from other universe (expect a lot of never wrote background references), that is my primary fiction, but I created other characters too (Ardir Kogac, Zein Zatock). I am member of the Fantasyverse too, being the creator of the Panssari and their empire, I am also the original creator of the Elemental (who/which I made shared) and the fanatical sociopath Tummork.

In conclusion, I am really interested in creating fictions, and if you want to talk about it, or good books, or good anime (particularly those who involves a chessmaster), or good science, or just complain about the world, I am listening. I also have some knowledge about practical application of sci-fi tech so, if you have a question, there is a 50% of possibilities that I could answer it.

Retrieved from "https://spore.fandom.com/wiki/User:The_Buldier?oldid=571621"
Community content is available under CC-BY-SA unless otherwise noted.