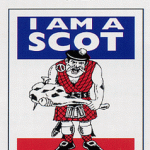 Spore, Halo, Fable II and III, many other games

I have many creations!

Hi there! I am Sporeguy33. I have made many creations and most of them have been uploaded. My current Spore name is jameses.

According to an online alignment test ([3]) this user is Lawful Good. However, I would probably say I was closer to Neutral Good.

The Thee are a series of template pages I keep so that I can easily build up my fiction. They are one of the 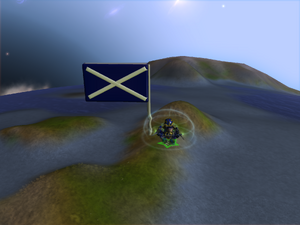 I live in Bonnie Scotland!
Add a photo to this gallery

My Active Games on SporeEdit

Muul Hoopii Central Alliance (MHCA)-The Muul Hoopii are a republic of Zealots from the planet Boseus VIII. They are quite new to the Galactic community, and so work to create alliances between the Empires of their sector. The OLD GRAN KNITTING Warrior Imperium, former members of the MHCA, had attacked the Fallopian Trade Federation and were punished by having a planet taken away from them by force and being cut from the Alliance. However, they continued to attack the Fallopians, and were absorbed into the Muul Hoopii Empire.

Hividon Republic-The Hividon are from planet Hivicusy Major. They are peaceful Shaman people and they can connect their minds to a mind network to communicate.

The Evlia-A race of Carnivorous, violent creatures from the planet Weeping World. They are still in Tribal Stage.

The Mjinn-I have finally remembered their name, they live on planet Teldrove.

My Brother's Active Games on SporeEdit

Ojano Kingdom-A race that mysteriously appeared as a civilized nation on the planet Glison III.

Retrieved from "https://spore.fandom.com/wiki/User:Sporeguy33?oldid=455249"
Community content is available under CC-BY-SA unless otherwise noted.