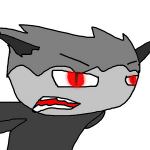 aka The Incubus Prince

Greetings! I am a Incubus that likes to make new stuff (even though im bored todo it). feel free to ask me stuff (if you want). im also like to have a lil' chit chat if you like (and also! RP?)

Retrieved from "https://spore.fandom.com/wiki/User:RustBody?oldid=613723"
Community content is available under CC-BY-SA unless otherwise noted.