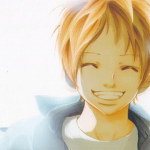 You just have to keep trying to do good work, and hope that it leads to more good work. - John Stewart
Remember kids, the only difference between screwing around and science is writing things down. - Adam Savage

Anything that doesn't depress me.

Hello reader! I'm MasterMachine, though more often I'll call myself Mecharic (since that is the username I use most often). I've been away for a while, but have recently returned to this wiki on the hopes of finding some fun and friendly interactions here. I don't really have a main fiction right now, since the Koiskstrum Collective & Union of Mecholife are both currently considered "destroyed or inactive" and the Okyno Expanse isn't completed yet.

I was Sporemaster1. I was Koiskstrum. I am MasterMachine. I have too much fiction. So here's a list, enjoy:

Retrieved from "https://spore.fandom.com/wiki/User:MasterMachine?oldid=619268"
Community content is available under CC-BY-SA unless otherwise noted.