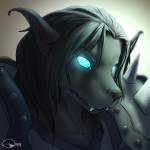 Spore, Hearthstone, They Are Billions

“Mortals that fancy themselves HEROES have entered the Broken Hall! Oh, I do hope this 'raid' will amuse me more than the last!”

I'm Groxkiller98, that weird quiet guy who sits in the corner and twiddles his thumbs wondering what the hell I'm actually doing here. The Mithadorn Republic and Mithadorn Remnants are my main thing, and I suppose my shtick, though I also created the Ankoran Empire, Teyan Imperium of Andromeda and, The Grand Teyan Empire.

In short, I'm the guy that made the really stupid, poorly-written stuff you should totally read anyway. Because if I was allowed to co-own the Muaran Resistance, I must have somehow done something right.

Retrieved from "https://spore.fandom.com/wiki/User:Groxkiller98?oldid=796651"
Community content is available under CC-BY-SA unless otherwise noted.