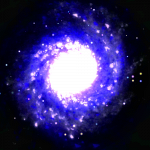 Not "Ghelae". I mean, what kind of a name is that?

SporeWiki's resident theoretical physicist. Along with the occasional participation in story-writing, much of my work here has been on the worldbuilding side, including:

These are projects whose incompleteness I can blame on other people.

These are projects whose incompleteness is entirely my own responsibility.

Retrieved from "https://spore.fandom.com/wiki/User:Ghel%C3%A6?oldid=841949"
Community content is available under CC-BY-SA unless otherwise noted.