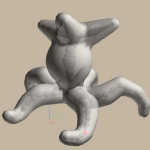 Debug Squid Bot is a bot account created and run by Technobliterator, and is a shared bout account between SporeWiki admins.

Debug Squid uses pywikibot scripts to perform various functions as well as mass reverts of itself (how useful it is depends on how much Technobliterator learns python).

To the admins, if you see it screwing up, and the one using it is unavailable, block it to prevent it damaging wiki content.

To leave a request, write it here, with your signature, and if CyraBot does not beat me to it, I will promptly get it done!

Assuming there are no cases where the text "Msg/Meta" appears without trying to put a template in.

Retrieved from "https://spore.fandom.com/wiki/User:Debug_Squid_Bot?oldid=805192"
Community content is available under CC-BY-SA unless otherwise noted.