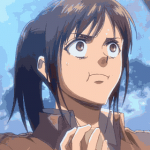 Tybusen, Lord of the Potatoes

I consider myself a nonpracticing Catholic

Hi there! I'm CaptainTybusen and you're probably here because I made a shitty meme joke on the wiki IRC channel. I am not just some random guy lurking there, though, I do do things here (though looking at my edit count and navboxes you might be led to believe otherwise). My main fiction here is the Tybusen Intergalactic Allied Federation and I am the administrator of the Bunsen Galaxy, so if you have any inquiries, please feel free to ask!

You can also find me on DeviantArt or Steam under the name PikaCJ. If I'm not on the IRC (or am there, just ignoring everyone), I'm probably playing Team Fortress, where my favorite classes are Demoman and Pyro. You might also find me playing Civilization 5 or Star Trek Online. Whatever floats your nautical transportation apparatus.

Quick links to things I sometimes use:

My User Boxes and Stuff Edit

FYI I am literally an uninteresting pile of garbage

All of My Published Creations Edit

Please go to this page to view all of my content.

Haha, don't do that.

Goals and Other Stuffs Edit

Looks like I'm not leaving my computer for a while

Gallery of Pics and Stuffs Edit

Some pics I took/made/Photo-shopped! Enjoy!

Yo, dis be groovin on over to the Gallery subpage now.

A TIAF regiment goes into battle. (One of the first TIAF pictures I ever took, excuse the poor quality)

The High Council has a discussion.

Battle of Penium for War of Redemption.

Another War of Redemption pic (Getting better at taking battle shots!). Battle of Heveron-3.

War of Redemption, Battle of Barlor.

My attempt to create a political map of the Bunsen Galaxy. The text is near illegible.

MUCH BETTER political map of Bunsen.

ALL THE MAPS (TIAF Heartlands map)

Much better version of the Battle of Heveron-3 from the War of Redemption.

The Battle of Caldrez from the First Bunsen War.
Add a photo to this gallery

My meh stuff. In other words, the place where I put the random stuff that's sometimes amusing. You know, that thing from the place in the place.

Retrieved from "https://spore.fandom.com/wiki/User:CaptainTybusen?oldid=710116"
Community content is available under CC-BY-SA unless otherwise noted.