“The power of the flames is wild. In the wrong hands, it can reduce the user to cinders. However, with proper use, the flame provides warmth, guidance, safety.”

Pyromancy, most known as Fire Magic is one of the primary elemental schools of the Source, based around the manipulation of fire. One of the most common elemental schools used by mortalkind, fire has always seen use through the history of Koldenwelt for a variety of reasons.

Tales say that the Old Colossus of Fire, Venertimanoth, used his divine power over pyromancy to aid in the creation of the world alongside the other elemental gods. Fire elementals and Great Fire Dragons inhabited the surface of the world since times immemorial, where they lived in harmony with the rest of Koldenwelt until the death of Venertimanoth via wounds inflicted by Siivhahzin, who cursed the Fire Dragons to lose their powers over time and eventually be reduced to ashes. The death of their divine father and the curse which afflicted their souls sent the Fire Dragons into a rage which lasts to this day.

In the Adamantine Age, the most notable pyromancers would be the Igneous Giants, a race of massive humanoids hailing from the Eastern Plains. Born from a shard of Venertimanoth's heart, the Giants prospered until their source of power was stolen by the dragon named Finkrath, leading them to lose much of their power and be transformed into the Erylia Elves over several generations, losing their memories and legacy in the process. Also during the Adamantine Age, the Ondarei Mharinis named Belgarn Krumnus would turn to pyromancy in an attempt to combat the Lympharians, only to have his soul twisted by the flame, leading him into being transformed into the demented and terribly powerful Xacutus, who would create a horde of fire beasts known as the Vulcanus Horde.

Use of pyromancy is widespread across Koldenwelt in the New Age, with practitioners existing in effectively every great nation which practices magic.

Pyromancy draws its power from fire. As such, it thrives in high temperatures and is highly associated with volcanoes. Certain legends implicate a strong connection between pyromancy, luxomancy and heliomancy, though all of these schools are known to have always co-existed. Predictably, fire magic is not easily mixed with hydromancy, which is considered its main counterpart, though such fusions are not entirely impossible.

Pyromancy is one of the most commonly used magic schools in Koldenwelt due to the many uses of fire by society. Experienced practitioners of fire magic tend to be very respected due to the training required to master their power, as pyromancy's destructive nature means failure in harnessing the power may lead to the death of the user.

Pyromancy is most known for its destructive capabilities. The user can create blasts, bolts, streams of beams of fire which can cause great damage to their opponents, with more experienced practitioners being able of great devastation; with a swing of their hand, they may launch a wave of flame to consume the path ahead of them, or thrust a clenched fist to launch blasts of fire and burn down obstacles in their way. By infusing weaponry with magic, the user can supply themselves and their allies with devastating firepower, especially if used on ammunation such as cannons.

Pyromancy, however, is also capable of many non-destructive powers. Most basically, it provides the user with a source of warmth if they find themselves in a cold environment, as well as a light source in the darkness. By extension, pyromancy also provides the practitioner with enhanced resistance to high temperatures, allowing them to survive extended periods of time exposed to the Sun or without needing to drink water. Fire magic also provides curative powers, as it can be used to cauterize wounds, and certain incantations can be used to outright heal wounds by exposing them to soft magic warmth. 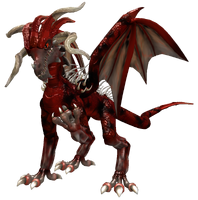 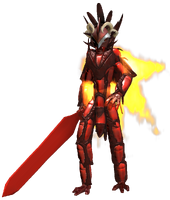 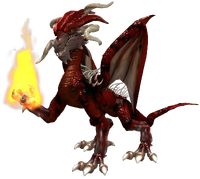 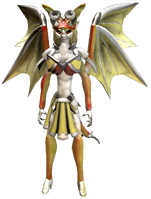