Luxomancy, most known as Light Magic is one of the divine schools of the Source, based around the manipulation of "angelic" light. Often associated with pure, raw goodness, it is one of the most famed schools of among members of the magic community due to its positive effects upon the world.

Legends claim the Old Colossus Sihilienu was the first being of light in Koldenwelt, who was followed by a myriad of light elementals and Great Light Dragons. The first race to make widespread use of luxomancy in the world were the immortal beastmen known as Ordnung, the leaders of the Cobalt Kingdom, due to their worship of the Simulacrum of Order Alar'xashan.

Following the recession of the Cobalt Kingdom, the race known as Hikamera Elves was born with inherit power over the light, while other cultures adopted light-themed magical roles such as paladins and clerics. Due to its positive effects, luxomancy became more and more attractive to mortals over time, being mostly used by religious authorities across the world.

Luxomancy is drawn from the bright side of the Source, being heavily associated with positive emotions. It is a manifestation of one of the two sides of Isiris which, contrasted by dark magic, creates perfect balance. Luxomancy also permeates the Simulacrum realms of the Underworld, the Garden of the Gods and the northern hemisphere of the Outworld, where the beings born from them are granted souls made out of light.

As the most commonly used divine school of the Source in society, luxomancers tend to be greatly revered, as they are considered the closest men to the gods in the world. Its divine properties make the school very attractive to religious orders.

Most of luxomancy's powers are centered around creating harmony, be it to the body or spirit. The magic is unrivaled in terms of healing properties, with a wave of light being able to quickly close open wounds and grant the affected person renewed stamina. Powerful enough luxomancy can be used to bring life back to the recently dead (corpses dead for more than a month are often not resurrectable), though usage of such power is considered morally ambiguous, and even then, bringing the dead back to life attracts the attention of the Grim Reaper, who may not be willing to allow the spell to take place.

Luxomancers such as clerics and priests may make use of the light for offensive purposes, launching rays of divine light to strike at their enemies, causing great damage to body and soul. Warrior mages known as paladins are those who pledge their lives to a god of light (in the current day, Isiris, Lorchakim, Alar'xashan or Eostraeya, while Mortium has no paladins despite having power over light) who in exchange grant them luxomantic abilities, which often make them formidable in battle as they use their gifts to fight the enemies of their deities. Paladins possess very strong codes of honour, with misconduct leading them to lose the favour of their gods as well as all of their powers. 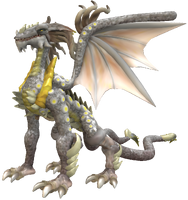 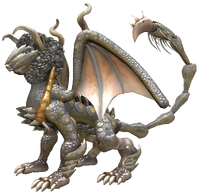