Hemomancy, most known as Blood Magic, is one of the nature schools of the Source, based around the manipulation of animal matter, which includes all forms of tissues, as well as blood itself.

Due to its use being considered taboo in virtually all societies, blood magic has not been widely used through history. During the great demon wars of the past, the Sanguinary demons of Sanguine Hill and other hostile creatures such as the Skin Thieves were the world's primary source of what the school has to offer - in their hands, cruelty and destruction -, further discouraging cultures from practicing it.

In the modern day, blood magic remains one of the less explored schools of the Source, and is widely despised by the populace of virtually every nation in the world.

Hemomancy draws its power from animal matter, in the same manner that flora magic manipulates plants. While this is normally done with blood, more experiences hemomancers are capable of manipulating flesh, skin, bone and other animal tissues, though these are typically much less malleable than liquid blood.

Despite being widely seen as dangerous to the world, blood magic is not anymore 'evil' than other magics of nature; it falls upon the practitioner to use it beyond what the stereotypes imply. Hemomancy is equally capable of creation as it is of destruction.

Basic hemomancy allows the user to manipulate blood, in the same manner as a hydromancer manipulates water. Often this is used to force the blood out of victims in strong hemorrhagic reactions, which may lead them to die of blood loss. An experienced hemomancer may cause veins and arteries to rupture altogether, or cause the blood to shift inside the victim in such a way they are paralyzed or suffer a heart failure.

While more known for its destructive and torture applications, hemomancy is also one of the strongest healing schools of the Source, as blood magic can recover lost blood and close wounds by enhancing one's regenerative abilities. By enhancing themselves in benign hemomancy, a practitioner can empower their immune system to become virtually immune to non-magical diseases. Additionally, by manipulating all forms of animal matter, blood magic can be used to create new life (though it lacks the power to resurrect the dead that divine power possesses). Unfortunately, due to most practitioners of blood magic being inclined to create monstrous aberrations and flesh golems, most are unaware of the potentials presented by the school. 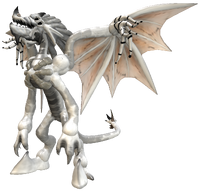 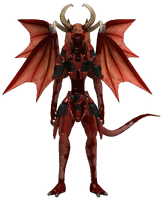