Heliomancy, known in modern times as Sun Magic is a solar magic derived from The Source. The divine magic said to be from the very heart of Isiris, Sun Magic was often praised and feared as the most powerful school of magic within The Source, and was used by a number of ancient Koldenweltian cultures, notably the Orichalcum Elves, the Kormacvarah and possibly the Sohet. In ancient times the Orichalcum Elves considered Heliomancy to be one of the three Celestial Magics of the universe, alongside Aetheromancy and Umbramancy. Heliomancy is one of the three lost magics of Koldenwelt alongside Aetheromancy and Chronomancy.

It is not known when the first heliomancers came into being, although it is known that the Sun Drakes, and the Sun Colossus Aursorhataran had long inhabited the southern reaches of Koldenwelt before civilisation itself formed. The Orichalcum Elves are accredited with the oldest named heliomancers in history, such as Aurtalvaseius the Radiant and Keleivel, although it is generally assumed that larger numbers of heliomancers from Orichalcum Elf, Sohet and Kormacvarah existed in the world concurrently and possibly in times before the oldest civilisations were formed. Among the first ancient cultures of Koldenwelt were also the Echdrarothrayu, who were said to have introduced Heliomancy to the Orichalcum Elves and possibly unlocked the potential of the Sun Drakes' power.

Unlike Aetheromancy, of which waned in power after the destruction of the Storm Drakes, Heliomancy remained as a powerful force on Koldenwelt despite the destruction of the Sun Drakes. Little to no adverse effects were brought upon those who practiced Heliomancy, and throughout much of ancient Koldenwelt's history, was the most effective magic against the forces of the Void, of where Void Denizens throughout history had come to fear and flee upon the sight of it. However, regardless of its power and prevalence across Koldenwelt, the knowledge of utilising Heliomancy had died with the Sohet first some time after 16,200 BNA, and then with the Kormacvarah some centuries after the turn of the sixth millennium BNA. The fall of the Orichalcum Elves and their descent into the Shiarchon at the turn of the fifth millennium BNA was the eventual death of the magic's use on Koldenwelt, and as millennia passed and knowledge of the ancient scripts of heliomancy faded into myth, heliomancy was lost to history.

Four heliomancers are known to survive into the modern age; Alhazred, the once-Kormacvarah wielder of the Coronaira Whip, Septimus Castus, an Orichalcum Elf prince, Tarquinius Silvanus, the former head of the Order of Sol, and Norrigan Sunseeker, a Facet of Isiris. Apart from Norrigan, the three surviving heliomancers were alive during the Adamantine Age, however all four of them are immortal.

As one of two heavenly magics of the Source, Heliomancy draws upon the power of the universe - most notably the sun itself to cast a divine quality of magic. Being the progenitor of solar magic, Heliomancy is most powerful during daytime and in open sunlight. Additionally, there is the belief that Heliomancy, Pyromancy and Luxomancy are very closely linked, and ancient accounts suggest that heliomancers were able to cast fire magic and light magic as second nature to Heliomancy itself. Unlike Aetheromancy's dubious origins of being a light magic (even so to be most commonly associated as a dark magic), Heliomancy is among the purest and benevolent of the Source magic, and was the most destructive magic against Void Magic.

There is some debate among magical scholars as to whether heliomancy was ever able to be wielded by mortalkind - whilst this is mostly debunked by the capabilities of the Sohet and their magically derived technology, no known mortal heliomancers were ever named nor possibly existed within history. It gives rise to the belief that the power of heliomancy innately grants immortality and was only able to be wielded by those who were immortal or possibly possessed a lineage from immortal beings.

Being the very divine magic of Isiris itself, Heliomancy comes in numerous forms. Heliomancers generally exude warmth and energy to their surroundings, and it is known that large enough commune of heliomancers in one place can physically alter the environment subconsciously and the nature of the individuals around them, most often positively. Some examples include the nature of Dar-Nahalant; a citadel within the middle of the desert became easily liveable in the number of thousands of heliomancers at once. The very life that Heliomancy breathes is an affront to the Void, and because of it, the two magics are exceptionally destructive against one another; whilst Heliomancy repelled the Void, the Void was able to overcast heliomancy should it have proved stronger. Heliomancy and Aetheromancy were known to have cancelled out one another, although there was no known instance of the two schools being used against one another.

As Heliomancy is drawn from the heavens, actual perfection of the magic is variable; heliomancers competent enough in drawing power from their surroundings know no virtual limit to their power, and in doing so, the magic is also excessively destructive if used accordingly and in turn was reviled by the Chaosphere Gods as well as the Simulacra, as the magic is fundamentally capable of harming dark gods. Heliomancy and Floramancy were two schools that worked in perfect unison with one another; the Kormacvarah capitalised upon this to thrive in their forests. 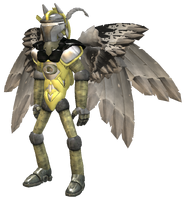