“To understand cryptomancy, there's something you need to understand: the arcane isn't merely a type of magic. Arcane is magic.”

Cryptomancy, most known as Arcane Magic is one of the magical schools of the Source, based around the manipulation of arcane energies - magic at its most pure, primal state.

Tales say that the Old Colossus of the Arcane, Infinitum, laid the layout of Koldenwelt from which the other elemental gods would fill with their energies, and after the world was made, she would create the Aether Drakes as well as great subterranean "veins" of magic which would be known as leylines. No single race was predominantly known for their power over the arcane during ancient history, as all of them are assumed to have had at least some control over it.

Interest over cryptomancy remained constant through the entirely of Koldenwelt's history, from the ages of immortals to the New Age, where humans, elves, beastfolk and dragons all practice the magic. The Magocracy of Alkatar, created by the New Arcane Colossus Sempiternum, would become somewhat of an authority in arcane magic during the recent day due to their mastery over it.

Cryptomancy draws its power from the very energies of the universe. The arcane is the Source at its most primal state, dissociated from elements, nature or divinity, though it is well known for its ability to combine with any other school with ease. The arcane possesses no antithesis and is known to resist other magic schools thrown at it, making it a jack-of-all-trades as far as the Source is concerned. Cryptomancy is heavily associated with stars and astrology in general.

By its nature, the arcane is perhaps the most used type of magic in the modern day due to its incredible amounts of uses. Not only is cryptomancy far more flexible than elemental magic, it possesses relatively less dangerous drawbacks to those who fail to master it, though like all magic, arcane is not necessarily safe.

Cryptomancy is the most powerful school of the Source in terms of its sheer range of uses. Telekinesis, the ability to cause objects to levitate with the power of one's mind, is a well known arcane ability, and more powerful practitioners are able to easily manipulate an entire room's worth of objects with only a small amount of their concentration, keeping their hands and eyes free for things more worthy of their attention. Cryptomancy is also used to animate normally inanimate objects - a popular use being animating books so that they may fly, or brooms so that they may clean residences by themselves.

Offensively, wizards may launch barrages of elemental energy at their enemies in the form of solid shards of magic, beams or explosive blasts. Weapons infused with cryptomancy find themselves greatly enhanced in power, dealing extra damage to mundane or magical armor in the process as well as enhancing the user's strength, endurance and agility. Arcane magic is only resisted by itself, making it a powerful weapon against users of elemental or divine magic, who often find themselves unable to combat cryptomancy if faced by an enemy of roughly equal magical prowess. Defensively, cryptomancy can be used to quickly erect powerful barriers to defend against blows.

Arcane magic is under constant study and evolution, with new spells being discovered over time - a recently discovered spell, devised by Valdemar Mistwood, uses the arcane to reflect magic back to its source, regardless of its school. It is widely accepted that cryptomancy will never be absolutely mastered due to its virtually infinite capabilities. 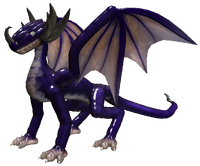 Delmar Crowfeather
Sovereignty Human
Member of the Cult of the Eclipse