Cryomancy, most known as Ice Magic, is one of the secondary elemental schools of the Source, based around the manipulation of ice. It is considered a child school of water magic.

Cryomancy draws its power from ice. It thrives in the cold, making it heavily associated with the colder regions of the world, the Polar Lands and Talmyr. It possesses a strong connection to its parent school, hydromancy, but a practitioner of pure ice magic is unable to manipulate water and vice-versa. Due to its reliance on cold temperatures, the school suffers greatly in warm climate, with regions such as the Sea of Sand making practice of cryomancy virtually impossible.

Ice magic is not widely known for posing a threat to its practitioners, with many being noted as being calm and stoic, much like ice itself. They tend to be greatly respected for their perseverance, as few are willing to expose themselves to continuous cold in order to gain skill in it.

Casting ice into existence is the most known power of cryomancy, often taking the shape of beams of ice or various sharpened shards which can make quick work of unprotected skin and flesh. As a school which manipulates solid matter, cryomancers are widely known for their power over creating weapons made of ice on the spot in order to combat their enemies. A cryomancer with a powerful enough aura can freeze the environment around them, turning water solid and making it usable in their magical spells.

Out of the secondary elemental schools, cryomancy is perhaps the most suited for defensive abilities, with cryomancers being easily able to summon walls of ice to protect themselves or their allies from harm. As long as they can endure the cold, ice magic can be used to create armor just as easily as weapons, protecting the wearer from most normal means of combat. The exception is if the user is confronted by a pyromancer, however, as overpowering fire magic can make very quick work of ice-based defenses. 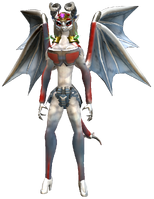