Imperial Alliance (0 BQF - 03 BQF)
Stasje is a small colony of Rambo Nation, known for its frozen wastelands it lies in the same system as Koerband. The planet is most known for its mining abilities and most ore and stones come from this planet that provide the rest of the Nation with their needs to build.

Stasje is also known for its lack of govermental control, as the authorities have little to say on the planet of miners and hidden bounty hunters.

Founded during the Golden Age around 400 BQF, the mining planet is one of the older colonies within Rambo Nation. Ever since its construction the cold and harsh weather made living on the planet daring and at first a lone settlement was build at the planet under House Ramoval, those who wished to live away from the Rambo Capital and goverment interference. Upon their discovery of the rich minerals and ore in the ground, Stasje became an important colony for the Nation. Sadly authorities have little to say on the planet and the miners live their live in rather isolation with only in the main village House Ramoval holds influance.

During the First Galactic War in 04 BQF, the colony suffered from attacks by the Imperial Alliance as they took over the Dissia System, including its neighbouring planet Koerband. The occupation did not last long and near the end of the short war Stasje was liberated by Rambo forces and authorities gained more power on the rather ignored mining planet. This included a listening station build near the main village to monitor all transmission from and to the Mirus Galaxy, as the wormhole leading to this planet laid close to both planets.

During the opening stages of the Second Galactic War in 0 BQF the entire system was once again invaded by the Imperial Alliance and their allies, the Ruin Sector Alliance. Though mostly left alone during the remaining of the war, many farms were destroyed by the Imperials and various battles were fought in orbit of Stasje. The planet remained in Imperial control well into 03 AQF after Aur'Lodin dissolved the Alliance, Rambo Command was able to retake the planet and life returned to normal. Afterwards many refugee Tralor who became citizens of Rambo Nation settled themselves at Stasje, including Trabl'krgte

During the fourth month of 05 AQF, the notorious bounty hunter Emtor took refuge at Stasje. 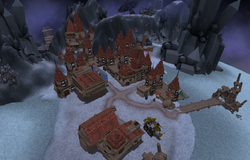 Stasje Village is the main settlement found on the mining colony Stasje, seat of House Ramoval it is the only place to find a restaurant, a motel and a place to safely land you shuttle. The colony features a colonial building style found often in the Inner, Mid and Outer colonies. Stasje Village has a small regiment of clone troopers that act as the local authority and uphold and control the law on the planet. Many citizens don't really mind the presence of the clone troopers as they feel themselves more safe with them around, with many still remembering the horrors of the Imperial Occupation. Stasje is considered a vassal planet of House Le Rambo of the Rambo Capital.

Outside the city lies the docks, as well as the main building of the clone troopers build in Old Founder style, the clone troopers have various buggies to their disposal as well as one Mortis-Dropship. They also maintain the frozen ice field to make sure shuttles can safely land and if needed can glide to their landing position.

The small building features a gate that acts as a check point and through it you can enter Stasje village, the gate itself features the flag of Rambo Nation and the Sigil of House Ramoval.

Since the Imperial occupation ended in 04 AQF and the threat of the United Lanat Empire in the Mirus Galaxy, Rambo Command decided to build a small listening post near Stasje Village. It was build on top of a hill near the village as otherwise the costs for the energy cables would be to expensive and unreliable. The station is manned by the same clone trooper regiment that guard the docks and monitors all transmission to and from the Mirus Galaxy and all transmission within the Inner Colonial Sector and nearby territories.

The Mining Facilities are large machine build by the Serindia upon the settlement of Stasje, over 200 years old these behemoth machines dig in the ground in search of ore, minerals, spice and precious metals. Nearby the machines small wooden huts are build for the miners, who work in shifts to provide a 24 hour digging production, any delay or malfunction will result in less profit and as such the miners have a great sense of maintaince for their machine.

Often when mining, the miners do not wish to be disturbed by anyone and as such are best left alone. Over the course of history, there have been many incidents, as mining is quite dangerous with snow avalances, breaking ice plates and the ever presence of freezing to death! 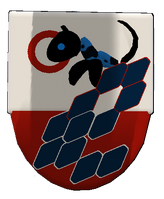 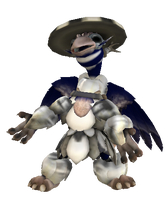 An example of a Miner outfit found at Stasje, due to working in the snow their yellow marks turn white of snow! 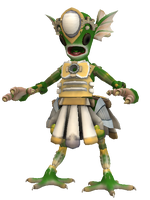 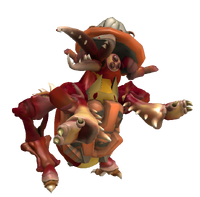 Some citizens and illegals have taken refuge and a living at Stasje, the most notable are listed below. 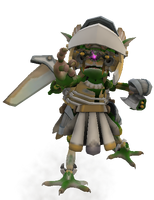 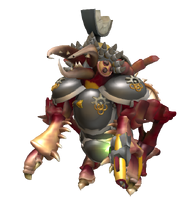 Stasje has two known Scions living on the planet, also the only known classified wildlife of the frozen planet. 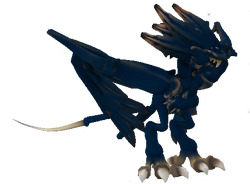 The Captrasia are mysterious dragon/lizard like Scions found at Stasje, known arc enemies of the Nocturnials the Captratsia se are vile and dangerous Scions, with powerful ice abilities and a nasty bit. Their wings they often use for gliding though can be used for flying as well. Their powerful legs are used for kicking and capturing prey.

When captured Captratsia often show disobedience and stubberness and you have to earn their respect before flying one. 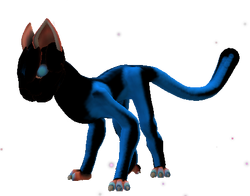 Nocturnials are cat like Scions found at the ice planet of Stasje, agile, fast and capable of using pshychic as well as ic powers make the Nocturnial an unique and powerful Scion. The citizens of Stasje know to treat them well or suffer their displeasure, though the Nocturnial are rather shy and not many have been known to be tamed.

When captured the Nocturnial like attention above all things and often show jelousy when in their feeling do not get enough attention.