Rambo Nation (formerly)
Ramirith, formerly known as Deep Space Colony 02 was one of the oldest deep space colonies of Rambo Nation, located in the Tigris Galaxy where it was their colonial captital until its relocation to the Quadrant Galaxies after a temporal anomaly.

Ramirith was a bastion of hope and showed the galaxy and the sceptics that the Rambo were able to build a great colony far away from the capital sectors. During the Tigris War it was one of the bastions of the allies forces and the one of the last colony standing against the dreaded might of the Congregation and the Ayrai’Shikua.

After its relocation to the Quadrants, the planet became a major producor of civilian or light armed military crafts, though only houses a very small Serindia settlement at the surface under rule of House Ramgrath.

The planet Ramirith was discovered and settled in 2508 (290 BQF), during the Golden Age of Rambo Nation. After explorers entered a wormhole that suddenly stabilized, allowing to enter it by space craft Rambo Command send explorers through the wormhole into the Tigris Galaxy. As such the Government decided to colonize and terra form the planet, their second deep space colony and the first of their settlements within the Tigris Galaxy. Among the explorers were members of House Ramgrath, who soon became the most influential of the noble houses of Rambo Nation within the Tigris Galaxy, even though they were a minor noble House. Over the years their cities expanded and a massive orbital space station and yard was build around the planet. This massive array encircled the entire planet, gave home to factories, homes, apartments, weapon defenses, shipyards and offices. The orbital array reached completion around 2648 (150 BQF) after over 100 years of construction.

For years all went well at Ramirith until the outbreak of the Tigris War in 21 BQF with the threat of the Congregation. During the war Ramirith acted as the main supply and staging areas for the Rambo Navy. After captain Ramtainus Ramveral managed to ally the Cianju Alliance, the Congregation picked up their pace in invading Rambo territories. After major colonies like Ramhall and Tircos fell for the might of the Congregation, Ramirith became a refuge for those fleeing the war and battles, though eventually Ramhall was liberated.

The loss of Ramirith was major blow for Rambo Nation, which eventually led to the entire destruction of the Tigris War, with over 24 billion casualties of the war.

Return to the Quadrants[]

Ramirth was brought back into excistance after the maiden voyage and test run of the first Typhon-Class, the USS Typhon. Under command of captain Shivrt and under supervision of rear-admiral Ramnenia Ramfrozen they attempted to close an anomaly that allowed a Congregation cruiser from the past reappear in the Quadrants. The closure of the rupture in space time continuum was a grand succes, as a side effect Ramirth and the other Tigris colonies were replaced in the Outer Colonial Sector, in their state before their destruction. Immediately afterwards, personnel of Rambo Command began educating those on the colonies and brought them up to date to current events.

By 2820, the planet was annexed by the Legatus, and as a shipyard of the Froramsilia Company Association, it became an important bastion and civil shipyard for the Legatus and the Sacratus. The Mandator of the planet became the famous hero Ramgrath- under him the yards remained a primary civilian construction yard, however at times they were required to repair or maintain military ships of the Legatus Navy.

The Main city of Ramirth was known as Ramirith City, the city housed the largest population of citizens on the surface. The city has few skyscrapers but many more houses and appartments. Nearby lies a small airfield for the air bus and all around in the vicinity various farms are located to provide the city with food and commerce. Following the canal, the boulevard contains houses for the richest on the planet, with often a soft yet warm temperature those who like to live near water find Ramirith a perfect city to live in. Beyond the canal lies the bar and the Serindia Bank, together with the capital office of Ramirith for its lord and the senator.

At the end of the boulevard lies Capital Square, with a large appartment for those with more money than the ordinary citizens, the Serindia Bank and the capital office of Lord Ramgrath and the senator of the Tigris Colonial Sector. This massive penthouse building is guarded by the Tigris Watch, soldiers in special uniforms signaling that they are trained and raised in the Tigris Galaxy.

The Capital Office features a Rambo Embassy meeting room, with decorations of the sigil of House Ramgrath. 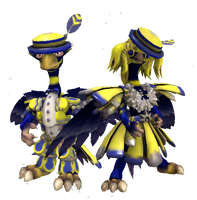 Ramirith was formerly protected by the Tigris Watch, however after the annexation by the Legatus the Watch was disbanded and the planet enjoys the protection of the Legatus Navy.

The wildlife of Ramirith were taken from the capital as the planet was terraformed, the most common found at Ramirith are listed below. 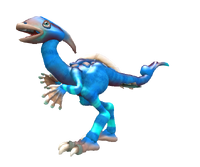 “A once proud and stern colony, the pride of the deep space colonial sectors!”