Rambo Nation
Ramar Shadda is an ancient and long time planet loyal to House Le Rambo and the Royal Dynasty. The colony is located at a large ice planet, with one fortress city located known only as Ramar Shadda as well. Though there are a few small settlements and villages scattered over the planet, the harsh climate and dangerous wild life makes the fortress city the only place habital without danger.

Over time, the Serindia living at the planet changed appearance, having a thicker feathers to keep themselves warm and with a new coloration of feathers the Serindia wintaria can better endure the cold. One of the first colonies being constructed, the planet was founded in 445 BQF, before the start of the Trogg Wars the planet soon became known as the ice colony of Emperor Ramulindalë. The planet lies upon the Western Secured Trade Route, making the planet of strategic importance.

When the Rambo Serindia reached space and formed Rambo Nation, their start of exploring the Quadrant Galaxies led them to Ramar Shadda, located west of the Rambo Capital, viewing the planet as a perfect place for a bastion and first line of defense for the Capital. The Rambo began constructing their colony around 2353 (445 BQF). Upon the outbreak of the Trogg Wars in 2356 (442 BQF), the colony acted as a vital staging area. During the Second Trogg War in 2364 (434 BQF) Ramar Shadda became one of the planets under siege but it was lifted in 2368 (430 BQF), Emperor Ramulindalë Le Rambo lifted the siege personally with his fleet. In honor the citizens build a massive statue in honor of their emperor who later ended the Trogg War in the same year. Over time, the native Serindia changed in appearance, with darker colors and thicker feathers, the Serindia became known as the wintaria subspecies and became better suited against the cold temperatures.

At an unspecified time, Ramannis Le Rambo became Lord of Ramar Shadda. Ever since, the colony thrived and the people lived in rather isolation, not messing with affairs of other colonies. Their peace came to a shattering end in 2798 (0 BQF) when the Second Galactic War broke out. The Imperial Alliance and the Ruin Sector Alliance invaded the planet and laid siege to it. Eventually the siege was lifted by the Tralor Freedom Force, but many citizens died and damage to the buildings had to be repaired.

Years later, during the first month of 2806 (08 AQF), at the 23th of january Ramar Shadda was attacked and invaded by the Hutter Kingdom during the Tertius Bellum. The invasion was led by Lady Liandra who surprised the forces of Lord Le Rambo and overrun it with ease. Two days later, at the 25th a Rambo Nation fleet and army personally led by Empress Ramashe landed on the surface and tried to retake Ramar Shadda, starting with a daring assault at Ramsterdam, that was soon captured due to an unorthodox tactic designed by captain Ramantas Ramgrath. Soon afterwards, the Rambo forces began their march to the seat of Lord Ramannis Le Rambo to free the city and himself from the Hutter forces. After a fierce battle at Ramar Shadda City, the Hutter forces were driven off the planet and with it liberated Ramar Shadda from Hutter oppression.

With the fall of Rambo Nation in october 2819 (21 AQF), Ramar Shadda fell under occupation by the Galactic Empire of Cyrannus. In September 2820, the planet was liberated by Rambo Loyalist and Dinotopian Republic forces.

Ramar Shadda City is a fortress city, and the only one found at the planet besides some unnamed villages or settlements. The city is a medium sized fortress city, with the lord house and houses for the more wealthier located within the massive walls at the hill the city is build upon. Below the entrance of the city, more houses were build for those less wealthier and for those not wishing to live within the castle walls. Outside also lies a brothel, tolerated by the Lord of Ramar Shadda and frequenty visited by travelers and outlaws who stumble upon Ramar Shadda before travelling onwards to the western sectors of Rambo Nation. In the center of the castle, the great statue of Ramulindalë stands, watching over the city in honor of the past emperor of Rambo Nation and his role in liberating Ramar Shadda from Trogg occupation.

The people live in harmony within the city, using their swoops to travel the frozen fields, in search of food or exploring the endless fields of snow and ice.

The keep is also known for its widely known hot springs, which are great for the skin and relaxing.

Ramsterdam is a fortress city found at Ramar Shadda, located 1500 km south of Ramar Shadda City it is located in a valley and build near a large frozen sea. The city is surrounded by walls to protect them against outside treats like snow storms and the wolfs who haunt the sea. Many migrating longnecks walk near the city as well. The city, with it's central town hall is home to House Ramglover, a vassal to House Le Rambo of Ramar Shadda and are a loyal and proud Wintaria house. The city has various landing plattforms as well at the edge of the city, providing the means for shuttles to land there.

Located 15 km south of Ramsterdam lies a medium sized weather station, often known as the Ramar Shadda Weather Station they track the many snowstorms at the planet. Another function of the station is that of a listening station, monitoring all transmission west of Ramar Shadda as well as being a transmittor for a good signal in the western colonial sectors.

Manned by clone troopers, the station falls under concern of Rambo Command and can be used as a supply station in case of war. It was build after the Second Galactic War in 0 BQF as an extra means of defense for Ramar Shadda. 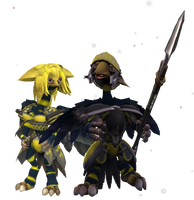 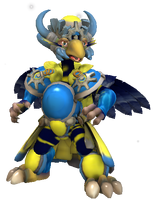 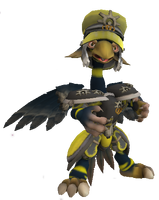 At Ramar Shadda, only three known species have been discovered, one of them part of the mysterious Scions.

The Ramar Shadda Longnecks, often simply called the longnecks are large dinosaur herbivores, wandering the frozen fields in search of food and water in small families. Their can reach lenghts of 25 meters, with heights of 10 meters. The Longnecks by nature do not enter cities inhabited and often walk around them, gentle by nature they can be quite agressive when having young. Their long tail ensures their stability as well as a defense mechanism against the wolfs. 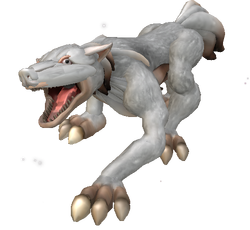 The Ramar Shadda Wolfs are an agrassive kind of species, always searching for food they are known to hunt down sick or young longnecks, infant Snowcuno's and even venture into Ramar Shaddar City and those unlucky fall prey to them. With sharp teeth, excellent hearing and a great smell, the wolfs can track down creatures from a distance of 1 kilometer. Often hunting in packs, most known their appearance due to their howling.

Ramannis Le Rambo uses the wolf as his sigil.

The Snowcuno are part of the mysterious Scions. A medium sized bird Scion, these blue feathered birds are known for their powerful ice attacks, able to freeze most things or cause snowfalls that engulf entire areas. Their mystic nature and high pitch songs makes them loves among the citizens and craved by many, proud and arrogant the Snowcuno are difficult to catch, train or earn their respect.

When trained and after earning their trust, the Snowcuno show themselves to be trusted companions, loyal to their trainers or summoners.