Ramahri Nova is the homeworld of the native Balaseara and was once a green and florishing until it was devastated during the Tormenting Events in 2806 (08AQF) and relocated from Quadrant 89 to Quadrant 82. Ever since, the natives adjusted though their religion changed as well, instead of honoring the Atlantica they now honor the Fire-Lord and Phurusarronorgian. Though tolerated it is frowned upon when openly displaying it within the Quadrants.

Once located in Quadrant 89 near the borders of the Hutter Kingdom, Ramarhi Nova was a green and florishing planet. The first deep space colony of Rambo Nation it housed a massive city while the native Balaseara lived in harmony with the Ramboidae.

It escaped invasion during the Second Galactic War in 2798 (0BQF) and thrived for years until its surface was scourged in 2806 (08AQF) during the Tormenting-events and swept away the Ramboidae colony. What remained were the few settlements of the Balaseara that were now reduced in numbers in threatened in survival. The rigorous change forced the Balaseara to give up their Atlantica believe and instead took a new religion, often frowned upon by other Quadrantians and seen as a cultist religion, albeit a peaceful one.

Upon the formation of the Dinotopian Republic in 2820 (22AQF) the planet joined the Republic. 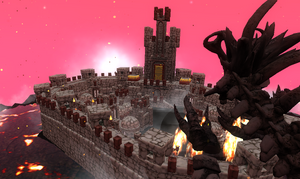 Ramahri Keep it the largest settlement and fortified bastion on the planet since the "Scourge" of 2806. Located in the middle of a small lava lake, the keep its large walls protect the citizens from the dangerous Ahrdoun.

Build with the sturdy stones of Ramahri Nova the keep features a single large tower as its main building and home of the governor, whereas smaller buildings and towers feature the houses of the native Balaseara. Though the planet turned into a harsh and hostile place, the stones of Ramahri Nova protect its citizens against the heat as they rarely heat up by the lava. At the other side of the keep emerges the statue of Phurusarronorgian- whom is believed to have saved the Balaseara from the "Scourge" as it took pity upon their fate. 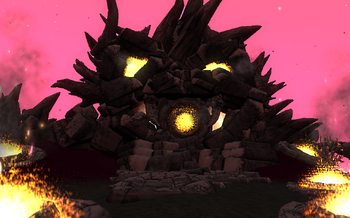 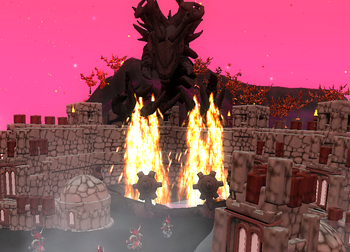 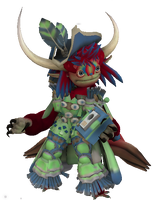 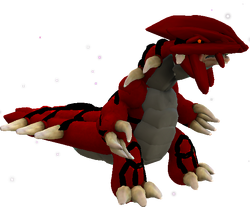 The native Ahrdoun are massive lizard-like Scions blessed with the power of fire and rock. Their thick scales protect the creature from the lavas at Ramahri Nova, allowing them to feed upon the molten rock. The creatures can grow into massive sizes the elder they get and are known to be quite agressive. An enraged Ahrdoun is feared upon Ramahri Nova as they are known to venture close to the settlements and as such pose a severe threat.

Retrieved from "https://spore.fandom.com/wiki/Planet:Ramahri_Nova?oldid=811198"
Community content is available under CC-BY-SA unless otherwise noted.