Galactic Empire of Cyrannus
“Moreuse is jewel in the crown of the Mortalitas people.”

Moreuse is a planet in the Unknown Regions of the Cyrannus Galaxy on which the famed Mortalitas people evolved. A planet completely dominated by a planetary ocean, the tropical seas of Moreuse are a haven for all manner of aquatic life, with the planet being one of the most diverse worlds in the Cyrandia Cluster. The martial inhabitants of the planet live either beneath the warm waves of the planet or floating above them. Long the centre of the mighty Mortalitas Empire, Moreuse served as a focal point of all Imperial fleet movements in its sector of the Unknown Regions, which defended civilised space from the terrors that lie beyond. However, during the New Cyrandia Wars, Moreuse was invaded and conquered by the Cyrannian Imperial State, ultimately becoming a centre of their war against the Empire.

Early in the evolutionary history of the Mortalitas, their planet of huge tropical seas and warm, abundant swamps. The earliest ancestors of the Mortalitas evolved from lizards on land, before eventually returning the seas, becoming fully aquatic in biology, becoming very similar to the ancient, prehistoric Mosasaurs that once swam in Earth's seas. Quickly adapting to life in the seas, the early Mortalitas civilisation remained submerged until they developed the technology to construct massive floating cities above the waves.

Centre of the Monarchy[]

As the Mortalitas expanded into the depths of space, Moreuse became the heart of the vast Mortalitas Empire, a feared and respected civilisation that stretched over several thousand light years of the northern part of the Unknown Regions. Though the militaries of the Mortalitas were ruthless and violent, back on Moreuse, the riches gathered from Mortalitas exploits across the galaxy poured into the planet, making it one of the most successful worlds in the Cyrannus Galaxy. As one of the most vocal antagonists to the Federation of United Worlds and later the United Republic of Cyrannus, Moreuse became one of the centres of the newly formed Confederacy of Allied Systems with many natives of Moreuse becoming famous captains operating under the blessing of Queen Moch-Na. Surprising, despite being such a potent supporter of the Confederacy, it was not attacked by the United Republic of Cyrannus during the Great Cyrannus War.

Gateway to the Unknown[]

With the rise of the Galactic Empire of Cyrannus and the ascension of the Mortalitas as major members, Moreuse became the most important Imperial world in the Unknown Regions, with a large Imperial Fleet being placed in its orbit to defend it against such threats as the Neraida Gigamatrix and the Cognatus Empire. In the third year of Imperial rule, the Navy constructed Leyawiin Station in orbit around the world. However, this newfound protection did not stop the first battle of the New Cyrandia Wars being raged around Moreuse. Under the command of Zillum, the Cyrannian Imperial State launched a devastating invasion of the planet, causing what remained of the Imperial forces protecting the planet retreating into hyperspace. Zillum later travelled to the planet where he deposed his wife Moch-Na from the throne and declared himself Lord of Moreuse and King of the Mortalitas.

Inhabited by twelve billion individuals, Moreuse is far more cosmopolitan than planets such as Vasuband due to the history of tolerance that Mortalitas generally show to all non-Libertus species. Before the rise of the Empire, the majority of the alien inhabitants of Moreuse were the descendants of former slaves since the act of slavery was prohibited as one of the first acts of Queen Moch-Na. The Queen rules Moreuse from her splendid floating city of Minasmort, which orbits the planet just above the sea around the equator. The planet is also home to a great deal of marine life, with species such as the Balen and the Okeanón being famous across the Cyrannus Galaxy. 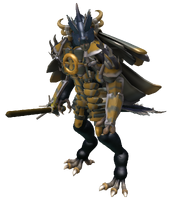 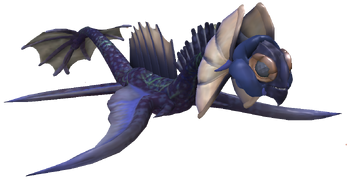 The Balen are a generally peaceful carnivorous species that have almost been completely domesticated by the ruling Mortalitas. Fiercely loyal, playful and defensive of their masters, the Balen are loved by the Mortalitas species as a whole, who value their constant companionship. In ancient times however, the Balen were feared ocean predators that preyed upon the Mortalitas and even the much larger Okeanón, which has since evolved into Moreuse's apex predator. 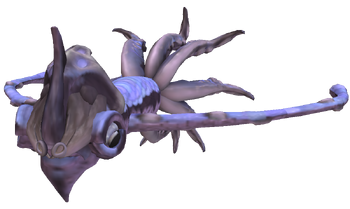 The feared Okeanón are the apex predators of Moreuse's endless seas. Measuring over twenty five metres long, the massive sea-reptiles are both feared and respected by the native Mortalitas inhabitants. Though in the barborous ancient past of the Mortalitas many have attempted to destroy these massive ocean predators, in more recent times, Mortalitas have learned to respect these feared creatures of the deep. The deadly nature of these creatures have inspired the powerful Mortalitas Assault Tank (MAT-02), which vaguely resembles the Okeanón. 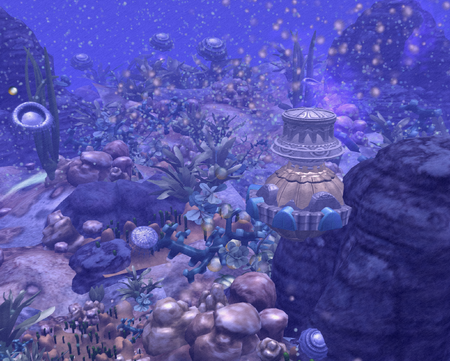 Minasmort is the planetary capital of the planet and one of the key population centres of the Unknown Region, being a hive of politics and tourists, much to the chagrin of the more traditionalist natives of this vast floating city. Orbiting the planet over five hundred metres above the seas, Minasmort was built at the beginning of a new age of peace for the Mortalitas and remains to this day a great source of pride for their people. As the home of Queen and Grand Mandator Moch-Na, Minasmort is heavily defended by both Mortalitas and Imperial forces, though it remains a veritable paradise for visitors. 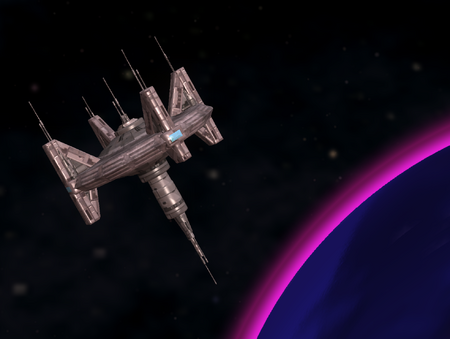 Leyawiin Station is a massive space station which formerly operated under the banner of the Galactic Empire of Cyrannus before being seized by the Cyrannian Imperial State. Constructed in 03 NE at the behest of Queen Moch-Na in order to provide more security to her beloved homeworld, Leyawiin Station has since grown into one of the key Imperial staging grounds of the Unknown Region, with most Imperial taskforces moving into the unexplored depths of space beyond Moreuse docking at Leyawiin. With a predominantly Mortalitas crew, Leyawiin is quite popular with the martial people of Moreuse, with many desiring a posting on the station.

“This world is the jewel in my crown.”

“I doubt I'd be welcome, but peace between the Mortalitas and the Libertus must be maintained.” 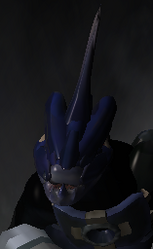