“If braving the savage cold of Talmyr and if dark magic is in your best interests, then the Lightless Plains has much to offer. And when I say offer, you may barter in gold or whatever currency you so wish...including the bodies of the living or dead.”

The Lightless Plains is a region within Talmyr which is well-known for its affiliation with dark magic, and is home to perhaps the most prevalent use of dark magic in Koldenweltian society.

The Lightless Plains were once of a similar nature to the rest of Talmyr, though its origins lie with the insurrection of Ahdramilús the Immutable some four thousand years prior to the modern age. The territories of the Dalmiric Kingdom that were situated in the Lightless Plains were abandoned shortly after Ahdramilús had forcibly taken control of the region, spawning many sorts of abominations that sparsely plague the Lightless Plains to this day. Ahdramilús' unnatural intervention, due to his immeasurable power over dark magic, had withered the flora into an arctic landscape, with only petrified trees signifying what was once there before the necromancer had corrupted it.

Following Ahdramliús' death in 2041 BNA, many necromancers who were both inspired and studied similar practices to Ahdramilús flocked to the Lightless Plains due to the prominence of the magic that lingered, though the deathly cold and highly unforgiving environment of the region meant that necromancers who decided to settle there rapidly established caravan routes in order to receive steady supplies; of which became very difficult to maintain during the War of the Thirteen Kings between 646 - 635 BNA. Dhazan, a leader of a massive band of marauders had sought the ban of practising umbramancy in Talmyr - a practice that existed for many thousands of years. The supplies which were pillaged and re-routed by Dhazan had caused a famine-like crisis in the Lightless Plains, though the crisis was eventually quelled with the arrival of the Repossessors, demonic servants of the Simulacrum Asv-Aldz. The Deathdealers, another caste of Repossessors who took interest in the lives and souls of the living as commodities, came to an accord with the necromancers within the Lightless Plains, and the Soul Market was established as a result.

Since the end of the war in 635 BNA, mainly as cause of Dhazan's apparent death, the Lightless Plains was isolated, though sufficient as the Repossessors and Deathdealers had propagated a dark economy for the Soul Market. Over the years, the Dalmiric Kingdom has sought to disestablish the Soul Market, though no envoy from the Kingdom has ever discovered it, nor ventured far enough in the Lightless Plains to begin their search.

Generally colder than most of Talmyr due to the lack of forest life, the Lightless Plains is a massive plain of permafrost with a sparse presence of dead trees that have stood lifelessly for over four thousand years. Though not thrown into perpetual night like the Duskwoods, a very thick fog surrounds the Lightless Plains that obscures the sunlight into a grey haze that dimly lights the ground. It is unknown whether any other settlements other than the Soul Market exist, though a few Dalmiric mages have come to assume that there are.

Though similar to the Duskwoods for its presence of dark magic, the intense cold and inhospitable climate of the Lightless Plains makes it very difficult for would-be-settlers to venture through, and very few travellers survive more than four hours. Umbramancers generally consider themselves attracted to the region, though this is usually out of geographical and political isolation rather than amplification of their powers, in which the Lightless Plains appears not to do.

The Soul Market is a citadel-like settlement built into a hillside of the Lightless Plains, most likely within the centre of the region. To merchants and travellers, the Soul Market is a haven of all curiosities, supplies and items of a dark-magical nature, including the purchase of corpses and souls that the Deathdealers often supply. As it is guarded and managed by the Repossessors and Deathdealers, the Soul Market is usually thought of by those who frequent it or live in it as an impenetrable fortress, and despite its location, the safest settlement on Koldenwelt for dark sorcerers.
Feiridrro is the name of a settlement that exists within the Dalmiric Kingdom's territories, and is known as the birthplace of Ahdramilús the Immutable. The College of Feiridrro, established within a colossal fortress built by the necromancer, is home to many who study dark magic as a school. Due to the high demand of supplies that both the numbers in the College and the expenses of dark magic takes, the Soul Market and the College have many concealed trading routes that go unnoticed when passing through the Kingdom's territory. The dark nature of Feiridrro makes it a hazard zone for the Dalmiric Kingdom, including the current occupation by the Shiarchon. 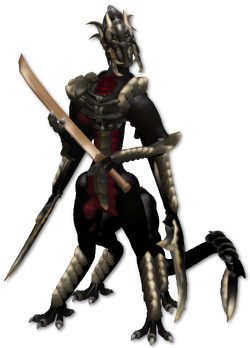 The Deathdealers are a specific caste of Repossessors that prefer to barter with the souls of the living and the bodies of the dead. Whilst docile to those affiliated with them, Deathdealers present themselves as the ultimate threat of the Lightless Plains for any unwary traveller. Most travellers that go missing within the Lightless Plains are captured by Deathdealers, who go on to use their bodies and souls as a form of currency and supply for other necromancers. Deathdealers are very difficult to negotiate with, and to successfully haggle with a Deathdealer is considered a once-in-lifetime moment. 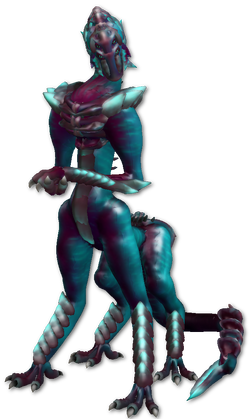 The Repossessors are the more distinguishable servants of Asv-Aldz, and represent the more talkative and mercantile nature of the Simulacrum's whims. Whilst the Deathdealers mostly kill for profit, the Repossessors take on the role, most normally disguised, as merchants who deal with dark items and curiosities. Repossessors show a much calmer nature than Deathdealers, and to mix the two can be a fatal mistake.

“Honestly? The idea of dark sorcerers coming together in an economy scares the twelve hells out of me.”

“I nearly talked myself into a deal of owning property in the Soul Market. Though the Repossessor was rather eager, once I heard I had to pay taxation to the Deathdealers, I reconsidered it.”

“Despicable. Souls are to be sent to our plane, not to be treated as coin. This disrespects both my master and our task.”