Javan is the Rambo Capital of the Outer Colonial Sector, located in the Outer Regions of Quadrant 82. The Colony was once protected by Captain Ramborwski and the 18th Fleet of Rambo Nation. The planet itself harvest Green spice and is populated by differant kind of creatures and full of wildlife and forests.

The Planet is considered one of the beauties of the Outer Regions and is the most populated. The Colony, over the course of years also began functioning as a Space Port where members of Rambo Nation and other races used to re-fual, re-supply or just used the Colony for rest and repairs. Due to this, the Colonie is considered one of the Great 5 and is even used by space explorers, who wish to go beyond the borders of Quadrant 82 into unknown space.

Later on, Javan become more and more a settlement and lost her spaceport identity simply due to the fact more and more citizens began living on Javan.

The Colony was settled around 155 BQF and was around that time the most far away colony of Rambo Nation. At first the colony was difficult to supply but when the Ramsoria Run Trade Route was finally secured, prosper, wealth and supplies went to Javan at a fast rate. During the following years the Colony expanded greatly, with Cities and small villages and the Colony was peacefull and quiet for most of the time (except under storm season, once a year a huge storm rages across the planet).

After 20 years of grow and wealth, differant kind of species used the colony as space port, and one of the cities was turned into a massive port, bringing even more wealth to the planet. However, as a port criminals and bounty hunters also arrived at Javan, and caused some troubles for the local authorities. When other outer colonies began an uprising again Rambo Nation Javan's period of peace was over in 22 BQF when the Rambo Resistance was formed and launched attacks again Javan and the other outer colonies. However, due to the transfer of Captain Ramborwski and his taking command of the fleet stationed at Javan they could spare Javan of destruction.

Following history Javan would be a frequent target by the Resistance and they even had spies at the planet. When the Resistance laid down her attacks, the Colony returned to her peacefull state, but with the forming and rise of the Imperial Alliance (6 BQF) and the outbreaking of the Imperial Galactic War the Colony was once again under attack. It started with a skirmish between the USS Divide and the NX-01 Enterprise at the Willa-2 borders, but soon the Resistance fleet arrived (they had allied with the Imperials) and a large and devasting battle was fought. Eventually, due to the cunning of Ramborwski the Rambo fleet managed to hold her stand and defeat the Resistance forces.

After the Galactic War ended, the colony once again returned to her peacefull state for a while.

During the Second Galactic War (0 BQF) the Colony suffered a short on supplies and food but managed to pull through. Surprisingly, Javan was not attacked during the Second Galactic War and managed to reinforce various fleets and send supplies to Rambo colonies in troubles. However, during the Intergalactic War (01 AQF) the colony came under attack by a Cognatus Cruiser. Upon sending an intercepting task force resulted in a failiure, many Rambo ships were destroyed or damaged, needing heavy rapairs. When the ship began to circle around the Willa 2 System, Javan's citizens were feared and the supplies prizes were raised due to the danger. Later on, during the Intergalatic War the ship left and went elsewhere.

In the same year, Empress Ramashe assigned various Ambassadors to rule over a region, promoting them to Lord or Lady, they ruled the Colonial Regions under supervision of Empress Ramashe. Lady Ambassador Ram'vindalë of Ramar Shadda was send to Javan and became a populair sight, she also made it possible to let the Outer Colonial Fleet recieve massive updates.

During the Three Silver years (01 AQF-03 AQF), the colony changed a lot and became more of a settlement, losing her massive white buildings due to the attacks over time, the entire colony was given an overhaul and became a peacefull settlement. Though she still kept her function as space port and remained her position as the capital planet of the Outer Colonial Region. Two years later, in the early days of the year 04 AQF the colony came under attack by the Vartekians and was invaded by the dreaded war masters. During the siege the colony was taken over and fell into enemy hands. During the battle Captain Ramborwski perished and was later burried at the colony. A few months later, when the Quadrantia Disorder and the Great Cyrannus War were well under way, Javan became a tactical position due to the nearby Confederate planet Yadumarth and a large fleet was assigned to protect the colony. The newly assigned fleet captain, the Radeon Tjatfinne of the USS Tezcatlipoca vowed to protect the colony against the Confederacy threat and even managed to get more ships to Javan.

Sadly in 01 NE Rambo Nation became a protectrate of the Galactic Empire of Cyrannus following the signing of the Concordat. The reformed URC placed the Nation under their "protection" and as such Javan now also fell under their protection and the colonial sector now was protected by both Rambo and Empire vessels.

In 02 NE various Quadrant 21 races arrived at Javan to visit the planet and to make new trade contracts. In the third month of 03 NE/06 AQF Marscalcus Kya tracked down vice-admiral Rambas and offered him a return into Rambo Command. He accepted his demotion and escaped trail, risking the penalty of death and instead took command of a re-located space station. At the same time, Javan acted as a staging area for the Rambo and Imperial vessels involved in the Yudumarth Campaign.

Javan City, the Capitol city of Javan is a medium sized village, inhabited and protected by the 18th Fleet and differant kind of species. The City has a few nice and beautiful buildings, although the houses are mostly build close to eachother.

Near the City there is a forest and mountains, where the wild life of Javan are living. As said before, Javan and Javan Prime are inhabited by many differant species and they are living in peace. The City is protected by Rambo Soldiers. Javan recieves her energy from the sun, water and wind and some generators at a secret location. The Colony can be reached by landing your shuttle near the city and orbiting your space ship in orbit of the Colony.

In orbit of the planet lies a space station. The Javan space station (measering over 2 km in size) lies in orbit of the Outer Colony. It has a small docking port for small space ships and shuttles, it also has various offices, luxaries and a small repair dock. It also acts as the last station or place to re-supply or take a break before travelling to the Quadrantia Cyrannus Wormhole and further into the Cyrannus Galaxy. The station is equipped with various shield generators and phaser banks to defend herself.

Javiraeus is one of the older cities at Javan, together with Javan City it is a former Serindia city. Over time, when Rambo Nation allowed other Ramboidae and species to join the Nation Javiraeus became a mixed city, with a lot of differant species calling it their home.

Javiraeus is completely build around various hills, with buildings of the original colonial era it gives the city a comforting atmosphere. In the middle of the city lies the Governor Villa, the home of the Governor of Javan. The building is constructed around and in the hill, giving it an unique look. Around 03 AQF a Saloon and Serindia bank were also build in Javiraeus, as well as an additional space port for shuttles to land.

During the various conflict around and at Javan, Javiraeus remained out of harms way. 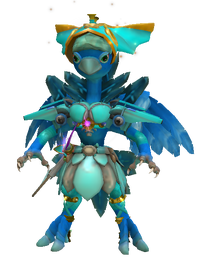 A young yet very wise Ambassador, this Pantorillisia is native to Ramar Shadda and is fiercly protective of her people.

The Ambassador was born 28 BQF on Ramar Shadda. Her father was already the current ambassador of Ramar Shadda and so, she became the ambassadors daughter and was higly loved upon Ramar Shadda. At the age of 16 her father sended her to the Rambo Capitol to study at the Rambo Acadamy, where she graduated 4 years later at Diplomatic. Pleased to be back, she later was saddened to learn that her father died of illness. None the less, she took a small study and was promoted to Ambassador.

During the Second Galactic War she saw the Colonie under attack, and was almost taken captive by Captain Lizaconda, but was saved by an unknown smuggler captain. After she had rebuilded the colonie, she recieved an order from the Empress, she was promoted to Lady Ambassador and was given authority over the Outer Colonies. After the battle of Fornaeria she became Senator of the Outer Colonial Sector and she had two offices, one at Javan itself and another at Anummiae, the 3rd moon of the Rambo Capitol Planet where she is most of her time.

She enjoys being a Senator, but the recent incident at Väeressëa opened her eyes that Senators can be target for bad people. Upon learning that Javan was taken by Vartekian forces at 04 AQF she voted to immediate re-take the colony. When the Senate was called to vote on a declaration of war on the Confederacy, she was not present as she herself was on Javen to oversee the attack at the Vartekians. Instead she send a transmission she agreed with it, as she saw it as the only course of action. She remained at Javan when it was liberated after the attack of the Vartekians and aided her people in repairing the dmage. When in 05 AQF in the sixth month the United Republic of Cyrannus was reformed in the Galactic Empire of Cyrannus, an emergency session was held to inform the entire senate. Ram'vindalë was not present when the emergency session was held and was unable to be their at time. As such she was informed by the Chancellor of the Crown herself and promised her that Javan would supply the Angforst to keep it operational so it could blockade the Quadrantia-Cyrannus wormhole.

Sadly Rambo Nation became a protectrate of the Empire upon the signing of the Concordat. Ram'Vindalë decided to remain loyal to the Empress and continued her daily work. When in 02 NE her vote was needed for to start the production of Rambo ships again, she voted in favor.

In the fourth month of 06 AQF/03 NE, Ram'Vindalë was present when proconsul Apollo of the New Cyrannian Republic made a pledge for an alliance of old between the Rambo and the New Republic. She remained mostly quiet during the debate that followed between her fellow senators, but was eventually convinced by Chuinaylia her offer to consider the Rambo-URC "sister state" alliance to be still intact. As the URC never declared war, Ram'Vindalë voted in favor as well, but was still a bit hesistant to fully trust the New Republic. Afterwards she returned to Javan. She died in 08 AQF, during events of the Fury of Galvarus when she was present on one of the moons of the Rambo Capital.