Impaerusqiantia, a volcanic planet located in the western regions of Quadrant 82, a world known for its dangerous wildlife, her red purple skies and the constant eruptions of volcanoes and hot, dry climate. The planet once belonged to the Lizardian, who used the planet as a bastion and capital for their planned conquest of the Quadrant Galaxies. When the Lizardians created the Imperial Alliance, Impaerusqiantia became their main staging area for their attacks against the Allied forces in Quadrant 82, that included Rambo Nation and the Capricorn Sector Alliance. After the Second Galactic War in 2798 (0 BQF), the planet was conquered after heavy battles by the Rambo and their newfound HarbronrSaurien allies.

Impaerusqiantia was discovered by Lizardian explorers around 1150 BQF, witnessing its miracles and strategic position well away from other empires, the Lizardian settled themselves at the planet and colonized it. Among their discoveries were the mysterious creatures at the planet and a large structure that was build many years before their arrival, eventually becoming their main forge and fortress. Over time the Lizardians expanded their villages and cities, building massive structures around the globe and near the lava sides.

Upon the outbreak of the First Galactic War in 2794 (04 BQF) and the Second Galactic War in 0 BQF, the planet became the main staging area of the Imperial Alliance for their assaults into Rambo Nation space, directly endagering planets Ramar Shadda and the Venatioa homeworld of Bikasulam.

After the take down of the Imperial Emperor Morgandaûr in 2800 (02 AQF), the HarbronrSaurien allied with the Rambo and managed to conquer the planet, forcing the last Imperial bastion in Quadrant 82 under Rambo rule. In grattitude, Empress Ramashe gave control over the planet to the HarbronrSaurien and allowed them to become members of Rambo Nation after they signed the Treaty of Fornaeria. Ever since, the HarbronrSaurien began the deconstruction of the Imperial sites. Meanwhile, the ShadowForge became their main seat under rule of Asparex, with aid of his citizens a large village was constructed near the ShadowForge, in ancient HarbronrSaurien style found once at their original home world in the Tigris Galaxy. The ShadowForge eventually saw the birth of the Rambo Nation Clone Trooper Army (RNCTA) and with it marked Impaerusqiantia as a major strategic planet within Rambo Nation.

The HarbronrSaurien introduced their original mounts from Tigris, the VeldronSaurien to Impaerusqiantia, where the creatures now live in both freedom and are used as mounts to cross the vast distants between HarbronrSaurien settlements.

Mid May 2820 (22AQF), the ShadowForge is sabotaged by Anessa Ravencrow, halting the production and thwarting the shipments of the Saurien Sector Corporation. Shortly after, the planet was liberated by Rambo Loyalist forces and joined the Dinotopian Republic.

The ShadowForge is the main seat of the HarbronrSaurien the capital city of Impaerusqiantia. The ShadowForge is an ancient structure, dating back from before the arrival of the Lizardians in 1150 BQF. The fortress forge is surrounded by grey stone walls with spikes, within stand statues of an ancient entity and sorcerer. Large spiral towers guard and watch the surroundings, while exhausts spit fire and smoke to cool down the massive forge and factories deep within the dormant volcano. 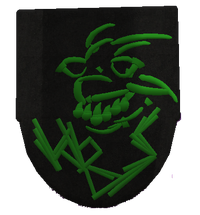 When the HarbronrSaurien settled at the planet, they took the ShadowForge as their main seat under rule of Lord Asparex, who ordered the construction of a city nearby. Build in ancient HarbronrSaurien architecture, the buildings are black and purple colored, once used at their original homeworld in the Tigris Galaxy.

The ShadowForge is defended by natural bounderies with volcanos, mountains and a large lava stream surrounding it. At the isle ShadowForge Village was constructed, featuring houses, a large inn and is walled to defend against the local wildlife. To cross to the other side and over the lave stream, a large bridge was constructed leading directly into ShadowForge Keep that defends the main entrance to the village and protects against the local wildlife. The fortress is defended by the Preatarion and ordinary soldiers.

The sigil of ShadowForge features a black shield, with a rude green drawn HarbronrSaurien head and rude carving saying HarS, a short for HarbronrSauriens. Their motto:
Our Hammer Springs
Our Sweat Flows
Under Wings of Protection
Sauriens Roar Deafens all 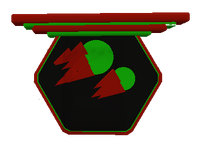 GhostHill Keep is the seat of Ser Sarossk, the Lord of GhostHill Keep and a HarbronrSaurien knight often accussed of being an Imperial sympathizer. GhostHill Keep lies surrounded by mountains, volcanoes and a dry and burned fortress. Easily defended it houses a household of around 80 sauriens and various VeldronSaurien mounts.

The keep was constructed shortly after ShadowForge Village and Keep and lies between the Imperial ruins and ShadowForge and a large plain filled with volcanoes and awaiting wild life. The Keep itself is surrounded by a small wall and two short towers emerge from the central hall, housing the chambers of the Lord of GhostHill.

The GhostHill got its name due to often strange shimmering appearances, often written away by the Sauriens as ghosts. Their Sigil features two green comets with red flames on a black background, their motto: Destruction comes from above

Between ShadowForge and GhostHill Keep lies the ruins of an Imperial Alliance stronghold, with smashed and broken walls the two watch towers are still intact and visible from a distance. The black spirals were not broken down as a remembrance and monument to the former occupants of Impaerusqiantia and a reminder of the treachery of the Imperials.

At the center of the ruins stands a statue of the Galactic Emperor, one of the few statues remaining of the Emperor at Impaerusqiantia, as many were destroyed during the victory march by angry HarbronrSaurien foot soldiers. The ruins now act as a monument as well, but infestations from local wild life makes it difficult for tourism to visit, plus add the fact that Impaerusqiantia is not really a populair tourist spot, much to the dissapointment of the HarbronrSaurien who love their newly adopted homeworld.

The wildlife of Impaerusqiantia are deadly and dangerous and highly agressive Scions. 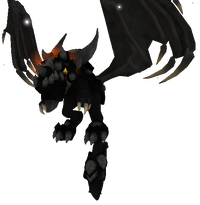 Lil'Impaerus are small dragon based creatures, born with metal parts on their body they are one of the larger mysteries within the Scions. They use dark elemental powers, can become invisible at night due to their dark coloration, have a fierce and nasty bite and a bad temper.

They can fly long distances and barely touch the ground within their live. When tamed or captured, they often show disobedience and stubborness. 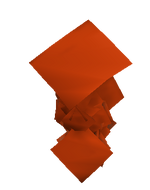 The Quaviar are a mysterious type of Scion, living in the lava streams of Impaerusqiantia. These small crystilline creatures can also be found drifting in space within the Quadrants until they "chrash" at a planet, though most don't survive. Their crystilline hide is very sturdy when hardenend, though some prefer to hunt these small creatures for it as the crystalline can also be used as jewelry.

Their attacks include powerful pure elemental energy attacks and limited psychic. There are no records of one being tamed before 08 BQF. 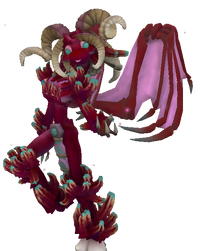 The Quccubus are female looking demonic entities and one of the most dangerous Scions known. The Quccubus are aggressive and dangerous creatures, using their looks to seduce their victims with the promise of pleasure, when their claws dig into their victim they tear it apart for the sheer fun of it.

When captured or tamed, they can actually be turned into loyal Scions, though they keep their natural hunger for seduction. Since the HarbronrSaurien settled at Impaerusqiantia, they are doing everything to prevent pleasure slave trade that slavers attempted, often for the slavers with deadly consequences.

They are quite agile and fast, able to throw dark energies at their victims and are known to drain the life energies of others as well to heal themselves. 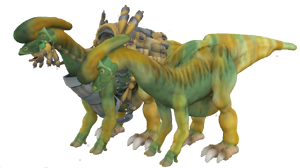 The VeldronSaurien are the ancient mounts of the HarbronrSaurien, native to their original home world in the Tigris Galaxy. Upon its destruction, they took the VeldronSaurien with them and remained with them ever since. They often herd the animals as caddle and use them as mounts, to transport goods, commerce and passengers over the plains of Impaerusqiantia.

Easily frightened, they often run away at the sight of danger. Somehow, the VeldronSaurien survived at the volcano world of Impaerusqiantia, finding their own fresh water sources as the mostly lave covered streams. They are friendly and easy to tame, often taking a liking to their tamers. Genetic diagnostics revealed that they share an ancestery with the hardrosaurs found at Capricaerón, another mystery not yet solved.

Retrieved from "https://spore.fandom.com/wiki/Planet:Impaerusqiantia?oldid=820411"
Community content is available under CC-BY-SA unless otherwise noted.