Borealis natives
“There are only two rules in Hyposirius: keep out of the Dead End, and don't mess with Skarten.”

Hyposirius, formerly named Vocrillon Mine is a space station located at the center of the Demolidus Sector of the Borealis Galaxy. Constructed upon a dwarf planet by the Wranploer Legion for the purpose of mining metallic ore, it was eventually abandoned and later reclaimed by groups of pirates and criminals across the galaxy, who transformed the station into an effective planet-state independent of all governments in the galaxy. As of the Ice Age, it is considered the unofficial capital of all those who reject the authority of the Polar Crystal Alliance and the greatest haven of crime outside of the Oltauris Consortium.

Vocrillon Mine, as it was originally named, was settled by the Wranploer at the dwarf planet of Vocrillon amidst the asteroid belt of the star Thilia VD7Y 3,200 years before the beginning of the Ice Age. The space station's original purpose was to strip Vocrillon clean of its metallic resources, mined through the use of robotic servants and slaves. Once satisfied with their operation, the mine was eventually abandoned 340 years later, as the Legion believed it to have served its use.

The Wranploer never removed the space station from the dwarf planet, and it remained uninhabited for the following centuries until pirates unaligned with any major government settled there at around 1,050 AD, who believed themselves to have found a perfect hideout. This attracted more pirates and mercenaries to go to the station to try to either offer their services or take it over, or sometimes both. The Wranploer Legion first reacted to Vocrillon Mine's resurfacing with skepticism, though it eventually decided to spread its own influence there, believing it to be a potential source of profit. Over the ages, the station became home to countless individuals, ranging from wanted criminals to poor families who had nowhere else to go or were shunned from their original homes.

As of the Ice Age and the second founding of the Polar Crystal Alliance, the Mine was renamed to "Hyposirius" by its lord at the time, as a way to mock the authority and existence of the space station of Hyperborea. The station became protected by the private military companies born from the Second Borealis Galactic War, making it an extremely difficult target to invasion. The current lord of Hyposirius is Skarten Kurovenior, a Garukut who has made himself feared for his ruthless efficiency and intellect.

Hyposirius is a space station built through the innards of the irregularly-shaped dwarf planet of Vocrillon. Primarily of Wranploer design, the housing areas built after their departure are a ragtag of architecture of various races, blending into often uncomfortable and small spaces. As the unofficial capital of all those who reject the authority of the Polar Crystal Alliance, Hyposirius is ridden with all sorts of criminals.

The station is divided in three major sects: the Lord's Haven, the Living Warrens and the Dead End. The Lord's Haven is the station's equivalent of a nobleman's neighbourhood, where the richest individuals and corporations of Hyposirius take residence. Filled with markets, clubs of all natures and places of entertainment such as sports, it is the most inhabitable part of the station and, save for its very high degree of violence, the closest to the galactic standard. The Living Warrens composes the middle of the station and, as its name suggests, is mostly composed of civilian residences, most of them in clear states of poverty, famine and disease.

The Dead End is the name of the deepest parts of the station, referred to by other inhabitants as a no-man's land. Unlike other parts of Hyposirius, the Dead End is primarily inhabited by colossal hordes of bloodthirsty Varkorus who infest the area like a plague and prey on anyone unfortunate or stupid enough to venture there. Soldiers and mercenaries of the Lord's Haven are often employed to contain the Varkorus infestation and fight off their attempts to attack the upper levels, and despite the efforts of several lords across the years, they have agreed purging the area of Varkorus activity has become an impossible goal. There are also rumours that, at the darkest reaches of the Dead End, surviving cultists of the Devourer's Chosen still live and create shrines to summon Corruptus Demons to the galaxy.

Hyposirius is often described as the brainchild of General Volim's ideals, even if he had never set foot there. In the station, might makes right and the strong and rich treat the weak and poor as little more than servants. However, unlike Volim's philosophy of Wranploer dominance over other races, their race is far from the majority of the population and all species in Borealis are equal as far as Hyposirius is concerned; it is through force and cunning that one achieves greatness in Hyposirius, regardless of race and origin.

Discounting the Varkorus infestation at the Dead End, the space station is primarily inhabited by the former races of the Borealis Consortium Network, the Old Niaka Order and the Imalmah Hegemony. The races of the Zoles Imperium are universally shunned, meaning it is extremely rare to find Zoles or Nilito citizens there as they often end up dead. The races of Hyposirius distrust all species hailing from the Council empires of the Polar Crystal Alliance, except for the Niaka due to the Old Order's existence until recent times.

Hyposirius is led by a lord who has amassed all power for themselves and solidified themselves as the ruler, either through force or through manipulation. The lord of Hyposirius is always neutral and unaligned with outside powers such as the Oltauris Consortium or Soltako Armed Military, and it is in fact one of their jobs to keep the influence of these organizations in check, lest they attempt to take over Hyposirius for themselves. The lord of the station is automatically considered one of the most hunted criminals of the Polar Crystal Alliance. 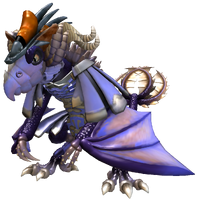 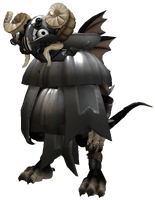 “I've sent squadrons to take that infernal place down several times. They've been wiped out every time. That place may as well be the biggest thorn in my side and that of my entire organization.”

“We don't officially recognise this space station's existence. I assure you, you can enjoy yourselves just as much in our space without fearing for your life.”

“Once I get out of the joint, I know where I'm starting my next... business venture.”

“It's well out of the way of the PCA's laws. Agents aren't welcome, and I'm free to do whatever the heck I want; as long as it pays. Hell, immortality and hedonism pays well in a place full of criminality and lawlessness. I'm not liked very much, but anyone who's dumb enough to be my punchbag is a punchbag. Besides, Skarten and I have an understanding. I bring him heads, and I get left alone.”