Fornaeria, a Rambo Nation colony found in the Outer Colonial Sector, vassal planet and under rule of Rambert Ramveral, member of House Ramveral of Rambo Prime. Known for her massive production of Herbiciosa Milk and Fornaeria Bubbles.

Fornaeria was the place where the Treaty of Fornaeria was signed after a failed invasion by the Imperial Alliance during the Battle of Fornaeria in 02 AQF. It is often stated that Fornaeria houses more Herbiciosia than actual citizens and people.

Fornaeria, a planet located in the Outer Colonial Sector of Rambo Nation was discovered during the Golden Age of Rambo Nation, colonists settled down at the planet as early as 302 BQF, though low in number and often farmers by nature. Over time, the colony slowly expanded and eventually earned themselves their own governor to represent their wishes and desires to the senator of the Outer Colonial Sector.

For years, the colony prospered and remained out of the Quadrantia conflicts, though it wasn’t spared during the outbreak of the Second Galactic War in 0 BQF. During the war the colony fell under attack by the Imperial Alliance and was even occupied for a short period of time.

The colony fell under attack for a second time by the Imperials during the notorious Battle of Fornaeria in 02 AQF. During the bloody conflict, the Imperials were repelled by the valiant ground defense, led by Lord Rambert Ramveral and a space foliate by the Cyrandia Alliance and various other species that came to the aid of Rambo Nation. After the battle, the Treaty of Fornaeria was signed, allowing various Quarantia species to join Rambo Nation as full members, in example the Chinawkya and expanding Rambo Nation her influence over Quadrant 82. Afterwards the colony became a vassal of House Ramveral of Rambo Prime.

Fornaeria Village is the main village and settlement found on the planet, and the only one with an airfield nearby for shuttles and freighters. Fornaeria Village is marked by the unique coloration of it's buildings, the red and white indicate the calm and relaxed attitude of it's inhabitans, while it also shows their love for art and details at the same time. The Village is the only place in the city where the citizens live closest to eachother, it has a population of under the 100. It also houses three farms nearby,one of the them the Ramveral Estate.

Build near a vulcano, the village beaches create hot water pools when digging in the sands, allowing the citizens to enjoy the beach even in colder temperatures. Nearby, the famous and well known Fornaeria Medical Estate was build near it, allowing those injured and with enough money to buy the specialised and high standard treatments make use of it on the medical's private beach.

Fornaeria Airfield and the military camp

The Ramveral Estate and Farm is the main residence of Ser Ramvert Ramveral, ruling Fornaeria making the planet a vassal of House Ramveral of Rambo Prime.

The farm houses a large numbers of Herbiciosa and a single Barynosaurien, making the farm one of the main producers of the famous and well known Herbiciosa Milk. The house stands under watch of the Rambo Prime Guard at all times.

The Estate features a large luxurous house for House Ramveral members and it's servants. It also houses five large barns for the caddle and it's food. Located near the river and at the edge of the land, it is a twenty minute walk away from the Village, while heading to the farm you pass by Shatterhorn Forge and the caddle field of the farm, located in the hills. 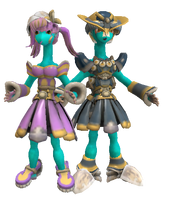 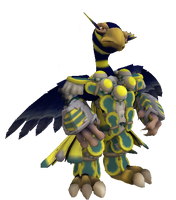 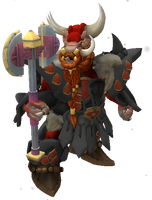 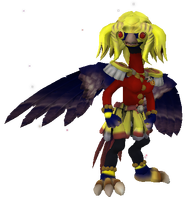 Fornaeria, like all planets falls under the protection of Rambo Command, though as House Ramveral is it's principal house the Ramveral Guards, better known as the Rambo Prime Guard are present at the planet as well. 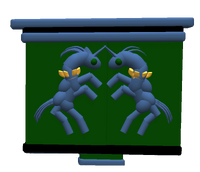 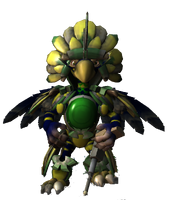 Barynosaurien are large saurien like creatures, blue in coloration they are natives to Fornaeria, though not found in large numbers. They have a long snout filled with teeth that are designed to catch fish. Long, powerful arms ended in fingered-hands with claws, useful in holding on to larger fish. Though low in numbers, the introduced Fishkarps actually saved the Barynosaurien population as most of the fish were killed by an unknown virus.

Shy by nature, they tend to avoid the villages and farms. 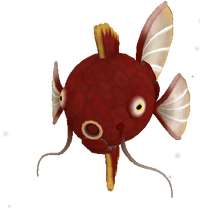 Fishkarps are fish like water type Scions with little to no abilities, they are known to use bubble when trained and can splash around, but further more they seem unalbe to use attacks. They are native to Rambo Prime, but were introduced at Fornaeria as the seas were mostly empty and without life. At Fornaeria the fishs are often fished and used for food.

Most trainers who want a fishkarp take them for their swimming abilities and speeds they have, wich some use at a tackle. Though not very populair among trainers and summoners to have as a Scion, they are exquisitely fine on a plate with various ingredients like spice and vegtables.

Fornaeria Seagul are flying Scions native to Fornaeria. As birds, they migrate all over the planet. As seabirds, they spend most of their lives on the water, only coming ashore for breeding, sleeping or the plundering of waste left by settlers. They are known to use wind and water attacks to defend themselves, not affraid of anything they are often found a pest by the citizens of Fornaeria as they sometimes attack children to snatch the food they hold, like candy, fries or icecreams. 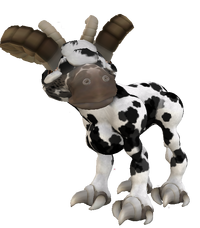 The Herbiciosa are herbivors and cow/goat like creatures native to the Rambo Capital and introduced at Fornaeria, brought by them by the farmers and early settlers. At Fornaeria, the Hebiciosa created a sub-race, often dubbed the Fornaeria Hebiciosa who have differant coloration and appearance. The Hebiciosa found at Fornaeria are known as the main providers for the famous Herbiciosa Milk.

The creatures have horns, though only use them in defense, often considered as slow; the Herbiciosa are gentle and kind animals, often found in caddles at the farm lands they roam in large areas with large moving space. 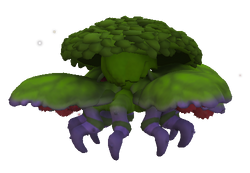 The plant Scion known as the Qlower are small, easily hered and farmed for their fruits that grow under their leaves. At Fornaeria these creatures are caddled at large farm, known for their production of the populair drink, Fornaeria Bubbles.

When threatened, these kind and gentle creatures use stun gases, vines and leaves to defend themselves. Once gathered enough energies, these creatures are said to be able to fire a beam of pure solar energy.