Value to the Marmer and unknown natives of the Dark Land

“A land as diverse as any that you would find on the mainland.”

Marmor is the mysterious island continent found off the west coast of Koldenwelt's main continent, in the great Western Ocean. Marmor is divided into two main regions, the Southern Wastelands and the Northern Heartlands. Until recently, the most powerful civilisation on the island was the Kingdom of Marmoreal, which was made up of the reptilian Dracacituí. However, the Marmoreal Kingdom mysteriously vanished many years ago, their once great cities swallowed up by the volcanic Black Lands to the South.

The north of the island remains beautiful and picturesque and is the setting to verdant forests and dense swamps. However, the inhabitants in the North are beginning to grow suspicious of the dark magic spreading from a dark tower in the South.

The island continent of Marmor was long home to the Kingdom of Marmoreal, a prosperous and advanced kingdom founded by the reptilian Dracacituí from their gleaming white city of Ithilwen, indeed, the Dracacituí's kingdom was built using the gleaming marble found all across the island. The land was spared during the War for the Eye, but was still a land of chaos, with the orcish race of Wartoc fighting viciously against the Dracacituí and their allies. Eventually, the Marmoreal Kingdom was victorious, and scattered the Wartoc across the island, nearly driving them to extinction.

However, one dark day, massive tidal waves swept across the island, while the earth cracked from underneath the island kingdom. When the sun rose, the Dracacituí and their grand kingdom were gone, never to be seen again. Some believed it was the doing of the Empire of Gorthúron that destroyed Marmoreal, but the truth would remain hidden for years. Eventually, from the ashes of the marble cities of the South, a great evil arrived on the island, turning the once verdant southern lands into a volcanic wasteland, where few could survive.

The land became known as the Black Land and is dominated by a massive dark tower, the tallest structure on the continent, home to an ancient threat. Meanwhile in the North of the island, three new races came to light, including a bright and gleaming race of elves, who believe it is their destiny to rid the land of the darkness. 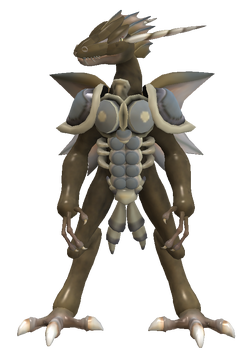 “We will reclaim our fallen kingdom.”

The Dracacituí are one of the oldest races of Koldenwelt and have lived in Marmor since time immemorial. A species of knowledgeable and intelligent scholars, the Dracacituí are known across the seas as polite, yet proud draconians who build gigantic, beautiful cities built from gleaming marble, once abundant in the hills of the South. However with a high opinion of themselves, they much prefer to associate themselves with the nobles of the world rather than 'ordinary people', with much of the Dracacituí elite having little time for common villagers and farmers, regarding them worthless and not of much use to their society.

Unfortunately, the Dracacituí's kingdom of Marmoreal collapsed several years ago due to the dark magic emerging in the south, swallowing up most of the Dracacituí's population and civilisation in a single, disastrous night. Now, they number only in the thousands, begrudgingly accepting that they are no longer the masters of the continent.

“You have questions about us?”

The Gonaion are a race of small, yet highly intelligent tribal lizards that live in the fertile swamps on the North-West coast of Marmor. A deeply spiritual people, the Gonaion are very well connected with their marshy homeworld and often make home in the region's many large trees. Though at first they might seem to be intimidating creatures akin to orcs, the Gonaion are actually quite friendly and enterprising, but will declare war on a species that they believe is harming nature. They are fearful of the darkness spreading from the south, but have no clue on how to stop it. 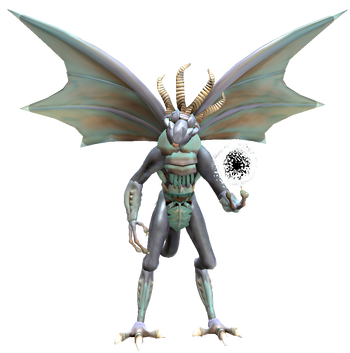 The Gorthúron are a warlike race of draconians native to the Northern Regions of the main continent of Koldenwelt. Twenty years ago, a Gorthúron exploratory force led by General Tári established a large settlement on the northern ice fields of Marmor, over time becoming known as Fort Morienon. Keen believers of draconian superiority over other lifeforms, the Gorthúron gave aid to the remaining Dracacituí during the destruction of their kingdom. These survivors now live in the only remaining Dracacituí town, twenty kilometres from the Fort.

The Gorthúron themselves are one of Koldenwelt's most feared races, as their use of dark ice magic has spelt the end for many civilisations. However, in these troubled times, even the feared Gorthúron fall pray to the dark powers of the South.

“I will spill your guts unto the floor!”

The Orcs of Marmor are a vile, evil race that live deep in the endless caverns under Marmor's vast mountain ranges. Their origins are mostly unknown, though it is theorised that they could be former elves corrupted by the unknown dark force that haunts Marmor millenia ago. Now, the Orcs are beginning to emerge from their mountain lairs, pillaging, killing and quite possibly consuming any other beings that stand in their way. 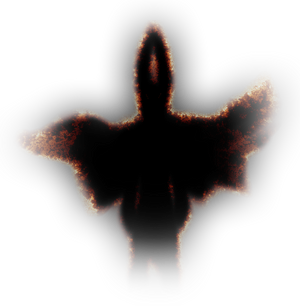 “It is a sorcerer of terrible power, a master of the darkness that permeates all that is good. Cruel and twisting in its rule and tormentous in its revenge. Yet there are still those who serve the Dark Lord, for it is also a master of charm and deceit.”

Malinorendor, also known simply as the Sorcerer, the Enemy or the Deceiver is the mysterious Dark Lord that holds dominion over the southern half of Marmor as well as large tracts of land in the northern regions of the main continent on Koldenwelt. An entity of malice, hate and driven by a singular will to dominate the minds of others, Malinorender's mere presence is a violation unto the very fabrics of the material word. Malinorendor's origins are shrouded in the very darkness that embodies its form, though it is clear that it is not one of the Colossi despite sharing many similar characteristics. The Sorcerer, as it was initially known, was first detected in the Northern Regions of Koldenwelt, inhabiting the great fortress ruin of Gul'Aulen, where it festered and plotted it's inevitable rise to power. Due to his machinations, the entire southern half of Marmor was consumed by fire and ash despite the Dark Lord being on an entirely seperate continent at the time. Now, the Dark Lord seeks to extend its dominion over the mortal realms, gathering his power over dark magic and his dreaded servants...

Gona Marsh is perhaps the second most inhospitable landscape on Marmor, home to dangerous predators, thick swamps and unpredictable weather. However, it is home to the relatively friendly nature-loving Gonaion, who are ruled by King Xil from their swampy fortress of Lildúl. Gona Marsh is often impassable to beings other than the Gonaion, a natural defensive strategy against their would-be attackers.

Underneath Marmor's signifigent chain of mountains lay the caverns and caves seemingly infested with the vile Marmor Orcs. In these dark, damp caverns there are few examples of any organised advanced civilisation, instead being the home of countless waring Orc factions, all vying for the limited amount of resourses that can be found in the endless caverns. Only the very brave, or very foolish dare to enter these dark realms.

Encompassing the entirety of the southern half of the continent is the Dark Land, also known as Gul Guthur, realm of the Dark Lord Malinorendór. Formerly, Gul Guthur contained the civilisation of Marmoreal before a mysterious cataclysm wiped them off the face of the land, forcing what remained of their civilisation further north. In the aftermath, the great volcano of Gurthurgur erupted, spewing lava and fire across the island. Meanwhile, a dark tower, the tallest on the continent rose, symbolising a dark time's beginning for the island.

“Alius Abyssus? Hoc posset esse usuram habeant. (Another Abyssus? This could be of interest.)”

Marmor's north and south in contrast.
Add a photo to this gallery

Retrieved from "https://spore.fandom.com/wiki/Planet:Erde/Marmor?oldid=662935"
Community content is available under CC-BY-SA unless otherwise noted.