Rambo Nation
Eleo Tarad is the most well known and largest of the Quadrantia Radeon settlement found within Rambo Nation borders.

Over the years, the plaent remained out of conflicts like the Second Galactic War in 0 BQF and later on the Great Cyrannus War in 04 AQF. Over time, the planet became known for its holy nature, where peace and tranquility is the order of the day, and is growing in popularity among non-Radeon due to the statue of Telfar. Though many Quadrantia visitors still need to get used to the believes of Spode by the Quadrantia Radeon, as it is not a common religion found within the Quadrant Galaxies.

The largest populated area on the planet is simply known as the Radeon Settlement. The small village houses over 250 Radeon, living in their appartment and houses. Their houses reflect the QRadeon their love of art, as the purple/black buildings are decorated with golden markings. On both sides of the river bank various decorated pillars were erected, they seem to flow into another, reflecting the unity and travels of the QRadeon before they were able to settle in peace and tranquility. In the middle of it stands their most holy and known construct, the Statue of Telfar Au'jahali, whom the Quadrantia Radeon believe is the most holy of their kin and who saved them from the wrath of the Xhodocto. The "belt" of the statue resembles the insigna of the Church of Spode. 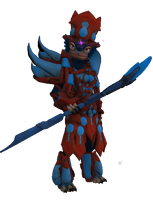 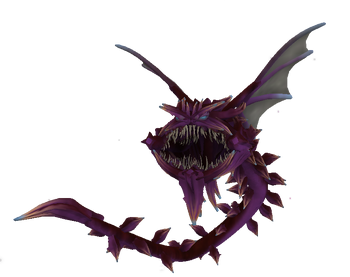 The large and demonic Scions known as the Vulnought arrived from another dimension due to the experiments of Morgandaûr. The Vulnought wound up at Eleo Tarad and live together with the Quadrantia Radeon on the planet, though not in harmony. The Vulnought devour everything that comes in their path though seem reluctant to face the Radeon. Low in number and rather rare at Eleo Tarad, every QRadeon known not to go beyond the bounderies of their settlements after twilight.

most of the png files require the dark Injection mod