Cyroenia is one of the oldest and most respected planets in the Core Worlds of Cyrannus, colonised thousands of years prior to the formation of the Empire during the Great Manifest Period of the First Republic.

Located on one of the key intersections of the Perliama Hyperlane, Cyroenia lies on the hyperspatial crossroads of the Perliama as it enters the Core Worlds toward Acrocanthaí and Alsakatiir, the Lower Capricorn Spine rimward toward the Twelve Worlds and the shorter Coeluan Lane toward Cyroenian affiliate worlds such as Coeluan, Orgaen, Andoois and Daisúngur. Despite the planet's prosperity and the sheer power of the world within the Galactic Empire of Cyrannus, the actual world below the ring is quite unremarkable from a cultural standpoint.

While heavily protected by one of the largest assembled Imperial defence fleets, the people of Cyroenia are known for their cavalier attitude toward galactic governments. Exemplified by figures such as Mandator Tira Mizio, Cyroenians are stereotyped as pragmatic and non-ideological, seeking to further the interests of Cyroenia over those of the wider galaxy.

One of the most powerful worlds of the First Republic, Cyroenia sought to become critical to the survival of the nascent democracy by setting out to excel the craft of starship construction. To this end, the Cyroenians constructed the vast shipyards of Cyroenia, which completely circle the planet in a vast ring of manufacturing excellence—which provided the First Republic, the Federation of United Worlds, the United Republic of Cyrannus and the Galactic Empire of Cyrannus with a large portion of their respective navies.

During the Great Cyrannus War, the planet was viciously attacked by Zillum of the Confederacy of Allied Systems, whose goal was to conquer the planet and utilise its vast technological resources to ensure a swift Confederate victory over the flailing Republic. Gaining the upper hand in the conflict, Zillum was repelled only through the swift action of Fleet of Retribution—a united Cyrandia fleet of both the Republic and Rambo Nation.

After the battle ended, Senator Tira Mizio began designing new ships for the Republic, including the feared Imperator-class Star Destroyer which would go on to define the subsequent generation as the ultimate weapon of naval warfare. When the Galactic Empire of Cyrannus was formed in the aftermath of the Great Cyrannus War, Cyroenian Shipyards immediately pledged their allegiance to the new Imperial hyperpower. The Imperials began updating and improving the ring surrounding the planet, increasing the production rate significantly. 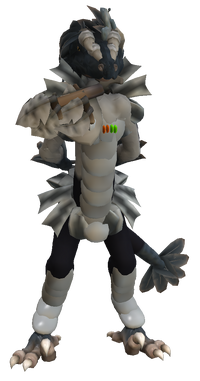 Senator Mizio is a very famous individual in the galaxy, having designed most, if not all Republic and later Imperial vessels used by both nation's navy, including the Venator-class Star Destroyer and the later Imperator-class Star Destroyer. Mizio is the current senator for Cyroenia, one of the most important worlds in the Republic, being the center of the Empire's Fleet Building capabilites. She is young, and yet she has political savvy and goes by her own motivations, not those of her people. For example, before the Great Cyrannus War, she voted for the Republic to wage war on the Confederacy of Allied Systems due to the amount of money it would raise for her shipyards. Many senators dislike Mizio for this, but they feel that she holds a lot of influence.

During the Great Cyrannus War, Mizio played a large part of protecting Cyroenia from the Confederate Invasion, with her help and her constant communication with the senior fleet admirals such as Willelmus Cretacea or Rambas II. She was largely commended for her role in the battle. When she returned to the Senate, she had an argument with Raen Magalen about the future of the war.

When the Galactic Empire of Cyrannus rose in the aftermath of the war, Mizio was nothing short of delighted, as the new hyperpower called upon Cyroenia to provide more and more ships, making her very rich and influential. 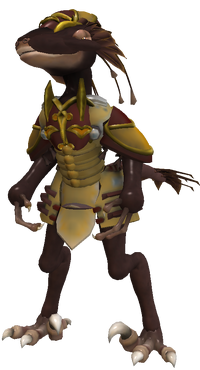 Lovidicus is a native of Cyroenia and is strongly patriotic to his homeworld, initially opposing plans by the Republic Government to construct the massive ring that now surrounds the planet. Though an influential member of the Cyroenia House of Lords, he was unable to defeat the motion, and the ring was eventually built. Lovidicus eventually came to peace with his defeat, though held a grudge against the Republic that wouldn't be lifted until they successfully defended the planet against Zillum and the Confederacy of Allied Systems.

When the Galactic Empire of Cyrannus came to power, Lovidicus welcomed the new regime and was chosen by the Emperor as the Mandator of the Cyroenia Sector, a position that gave him much power. However, he still clashes with the current Senator, Mizio over her more aggressive views. 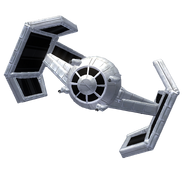 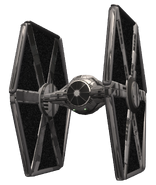 ASP Interceptor
Add a photo to this gallery

“What was once the symbol of the armies of freedom and liberty, now stands as a beacon of oppresion and cruelty.”

“Strange what can pass in three years. Before, the destruction of this planet would have led to my promotion, but now, it provides me with tools in which I can destroy my enemies.”

“Such great industry capacities must be protected at all costs.”

Retrieved from "https://spore.fandom.com/wiki/Planet:Cyroenia?oldid=859912"
Community content is available under CC-BY-SA unless otherwise noted.