Forested in much of the planet, with some deserts and massive Tundras/Steppes

Many trees with other foilage

Coron is the capital planet of the Drodo Empire and the homeworld for the country's dominant species, the Drodo. It is well known for the way it almost effortlessly strikes the balance between being a trade and industrial powerhouse, and being untouched and having miles of wildnerness.

Coron is astonishingly Earthlike; Possessing a very similar size, mass, climate, and atmosphere. It has days lasting 25 Terran hours and a 374 terran day year. It is dominated by five continents; Aratacia, Doranova, Deverinia, Turikava, and Kervique. Aratacia and Doranova, to the untrained eye, look like a single continent, but are in fact made up of different tectonic plates and have dramatically different climates; Separated primarily by the Northern mountain range. Turikava and Kervique, meanwhile, look vaguely similar to North and South America on Earth. Deverinia is the southernmost continent, connected to Aratacia by a narrow isthmus.

Aratacia has a very diverse set of climates, including temperate or taiga climates, tropical climates, and great deserts. It also has a large bay just north of the equator, in which a huge isle resides dominated by the Bellowe Island. Aratacia is on the western side of the great mountain range and extends south to the Deverinian Isthmus, and ends when land gives away to ice flats near the north pole.

Doranova is on the eastern side of the mountain range and is mostly arid or cold tundra and steppes; For millenia this continent was peopled by nomads and horse people, who would and did invade the neighbouring continent of Aratacia. Today, it remains relatively undeveloped, its only heavily populated area being the highly-advanced and populated subcontinent of Favoria to the far-south.

Deverinia is a continent that is rich and lush to its coasts, before giving away to huge tracts of barren desert in the interior. Its isthmus with Aratacia, along with the Aratacian and Deverinian coastline running parallel to eachother forms to the second major bay on the planet. Deverinia is an oft-desired vacation destination, especially during the winter months on the planet when large tracts of Aratacia and Turikava are snowed-over.

On the other side of the world are the two smaller continents of Turikava and Kervique. Turikava possesses a climate similar to Aratacia, and was populated by bronze-age tribes and city-states who constantly feuded. Today, however it is admired for its great beauty. A notable aspect of this continent is the massive river running through it into Kervique.

Kervique is notable as it is the only continent to be mostly rainforest. It is home to the other half of the great river and possesses a mountain range to its far west, blocking off one sliver of its landmass completely. In earlier times, it was home to a great many empires of surprising advancement. When Aratacian colonists did arrive, they where met with great empires that were nearly their technological equals, and adapted fast; To the point where many of these native countries existed into interplanetary times.

Coron was formed around five billion years ago and had a very violent early life; Constant meteor bombardments and tectonic activity rocked the planet for millions of years before it stablized. About four to three billion years ago, life emerged. The way life emerged is the subject of argument and controversy up to modern times.

The Drodo species as it is known today appeared about two million years ago; A result from earlier predecessors. Much like humans, Drodo lacked and do lack sufficent natural weapons, even if stronger on average than humans. However, they did have intellegence; Because of this, Drodokind eventually went from eeking out an existence, spear-hunting prey, to forming city-states and civilization.

This section is purely on the impact of Drodoian civilization on the planet, not a comprehensive history, for that, go to Fiction:Drodo Empire#History

Drodo, even before civilization, written history, or even domestication of horses and other animals, had spread far and wide across the planet. As time went on, agriculture, writing, and most importantly, civilization, followed. The first civilizations emerged about eight thousand years ago in central Aratacia and the northern Inquin peninsula. Drodo, however, did not start significantly effecting the planet until the Industrial age; When coal, oil, and natural gas became widespread. However, while these burnable fuels where available, another early competitor, solar power, also emerged around the same time. Solar power was far cheaper than coal, especially when shipping costs are considered, and oil was not as common as it was on Earth, making it more expensive, earlier. Coal was blown out of the economic competition, and the race was on against solar power and oil. The two sources traded places as dominant for decades, and oil burning made an adverse impact on the climate. Though due to this competition, and the fact that oil was less common then on Earth, global warming and the greenhouse effect never became as large a problem as it did on Earth or other planets.

During the Imperial era, advanced technology, along with the total and universal adoption of solar and wind power, reduced carbon emissions greatly; By the 2600's, greenhouse levels where at pre-industrial levels.

Imperial City - Formerly known as Tuvikai, Imperial city is the hub and centre of the Empire. A massive city, housing one billion people, it is known for its many districts, all with their own unique flavours; In some districts, you have the flashy, modern look of massive skyscrapers bearing experimental design and made using revolutionary architectural techniques, while in others there are quaint, old-fashioned buildings of brick, street vendors selling fresh produce or trinkets, and clubs; A distinctly "Drodoian" style of city. It houses the Drodoian parliament and possesses one of the several space elevators on the world.

The Ring - A gigantic, artificial ring around the equator of Coron, it is a more recent project, started in the 2740's. Completed in the late 2790's, but with many areas functional and in use before then, the Ring (as it is commonly referred to as) is a multipurpose trading hub, spaceport, agricultural centre, and shipyard, with areas cordoned off for these purposes. For many tourists it is among the most memorable things of their visit to see the massive structure orbit around the planet.

Library of Illrasia - Located in southern Aratacia, the Library of Illrasia is a reconstruction of the original from ancient times, built on the site of the original. The library is massive- built in the vast, open-air style of the original, with tall roofs and ceilings with great pillars of marble holding them up. It is mostly open to the air. The Library contains every known work in Drodo history, both in written and digital form, and as well contains the translated and untranslated works of many authors from beyond the Empire. Alongside this it contains the servers for a massive online encyclopedia, the Gigaquadrantic Compendium, owned and curated by the Library of Illrasia but open for editing by all Imperial citizens.

Turikava River - The largest river on Coron's surface, it begins in southwestern Turikava from the Bay of Feratin and winds down through northern, central, and southern Kervique. It is approximately three times the length of the Nile River and was (and remains) a major trade route through the two continents; many billions of credits worth of resources being sent down the wide, deep river.

Deverinian Salt Flats - Deep into the interior of Deverinia there are enormous salt flats. Found on high plateaus, well above the dunes, these flats are admired for the beautiful reflections they make after exposure to moisture (such as from the rare rainfall, or from fog rolling in). The flats attract many tourists wishing to see them at night so as to see the galaxy and stars reflected off of the surface.

The Drodoian Homeworld is nothing like Paris. I do not mean that degradingly: Paris has its towering spires, bright lights, and powerful buildings, but it's all synthetic––metallic. Coron 4 is alive. Most of the buildings were not built by automated machines, but by humanoid hands. You can talk to people––go anywhere and expect to meet someone who has nothing better to do than to strike up a conversation. You can take a five minute shuttle ride from the heart of the Imperial City and find yourself completely surrounded by nature.Pierrick Varin, French Ambassador to the Drodo Empire, in a report to President Maxime 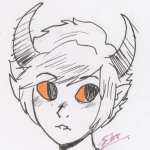 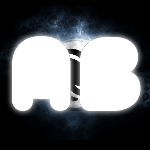 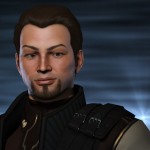