Carindes is a planet located in the Outer Rim of the Cyrannus Galaxy. Renowned for its raw, untouched beauty, Carindes is famous for its role in modern galactic history, as the birthplace of the League of Self-Determination, and subsequently, the capital of the Confederacy of Allied Systems during the First Great War.

Established in 984 BNE in a joint colonisation venture between primarily-Libertus explorers from Coraxaas and the Mataii of Tega, Carindes quickly grew into one of the jewels of the Outer Rim, the heart of a wave of expansion which soon gave rise to many prosperous worlds in the newly mapped Carindes and Arathamaii Sectors. While these sectors would prosper as outlying regions of the Federation of United Worlds, and later, the United Republic, it would become a hotbed of dissent in the years after the Intergalactic War. Joining with Wulff Dastirius' movement, Carindes became the capital of the Confederacy of Allied Systems. During the third year of the First Great War, Carindes came under a devastating attack by the Cyrannian Neraida, who ravaged large portions of the planet before being driven off. A few weeks later, the newly established Empire conquered the planet, signalling the death of the Confederacy.

In the post-war era, the Empire invested considerable resources in repairing Carindes' shattered ecosystem, and though the Confederacy of Free Planets briefly held the system in 03 NE, it has remained a powerful bastion of Imperial power, and a bulwark against the new Confederacy's expansions from Nosiso and Nengeredis. Nevertheless, the people of Carindes remain largely loyal to Chancellor Taros Cassynder, and long for his return.

A bountiful and picturesque planet, Carindes was first surveyed by a Federation-funded colonisation team consisting largely of Libertus from Coraxaas, seeking a new life in the relatively unexplored Rim, and the newly encountered race known as the Mataii, whose vast wealth funded the starships and prefabricated buildings which would form the bedrock upon which the eventual capital Siracusai would be built. The planet itself would prosper throughout the centuries, becoming one of the wealthiest in the Outer Rim as the focal point of a string of new colonies which included Arathamaii, Dusavali, Neveran and Neoarkan.

Nevertheless, Carindes, with its expansive and open universities and free culture, gained a reputation for idealism matched only by the Libertus heartlands of the Capricorn Sector. However, while worlds such as Capricaerón and Apailiana advocated for a strong federal galactic government, Carindes became home to a group known as the League of Self-Determination, which instead promoted a loose alliance of systems united only in their shared interests, not in their central government. This movement ultimately became the Confederacy of Allied Systems, which, when bolstered with the military might of species such as the Basileus, the Mortalitas and the Tiranozark, became a force of galactic power rivalled only by the United Republic. This Confederacy would ultimately declare Carindes to be its capital.

Heavily defended throughout the Great Cyrannus War, Carindes became a rival galactic capital to Orbispira, and while it lacked the sheer grandeur of the ecumenopolis, it nevertheless became something of an idealised Cyrannian world in Confederate propaganda. During the final year of the war, Carindes was viciously attacked by an armada of Cyrannian Neraida, who besieged the planet and landed drones on the planet's surface. During the battle, much of the planet was devastated by falling debris and fierce battles between stalwart Mortalitasi defenders and the mindless servants of the proto-Gigamatrix. Though millions were killed, the actions of General Zillum repelled the Neraida, though the damage the cyborgs wrought would remain for decades to come.

After the formal end of the Great War with the establishment of the Empire, Carindes was besieged by Imperial forces, and while most Confederate officials and soldiers swore fealty to Emperor Tyrómairon, those who refused were killed by Lord Meketanor. Under the iron claws of the Empire, Carindes began to recover from the devastation caused by the Neraida, though it was chosen as a symbolic attack by the Confederacy of Free Planets, a rebel force under the command of General Taros Cassynder. Managing to hold the planet for several months, the Confederates were ultimately pushed from the planet at the close of the Carindes Campaign, once again bringing the planet under the Imperial flag. 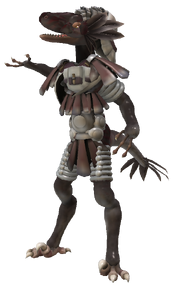 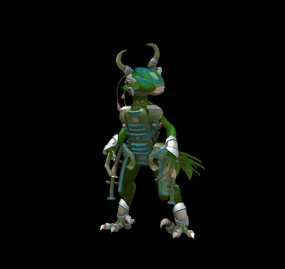 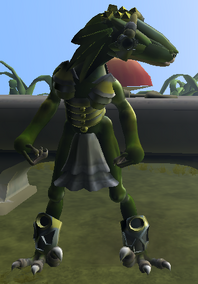 Siracusai is the largest city and capital of Carindes. With a history spanning almost a thousand years, Siracusai is an historic centre in the western Outer Rim, with visitors travelling from across the Carindean and Arathamaii Sectors to visit the landing point of the M.G.S. Fortune and Glory, the Mataii vessel which eventually became the first government building on the planet. In the centuries since, Siracusai grew into a city of over 125 million people, spreading across most of the island continent of the same name. In modern galactic history, the city has served as the capital of the Confederacy of Allied Systems, and the seat of the Chancellor and Parliament, and one of the core Imperial cities of the Outer Rim. Though heavily damaged during the Neraida attack in 01 BNE, the city's defences managed to spare it from the destructive fate visited upon other Carindean cities on the planet.

“The Empire's difficulty is our opportunity.” 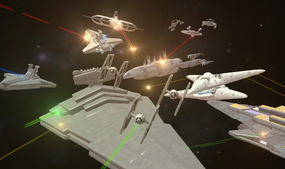 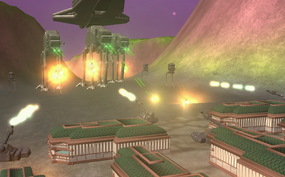 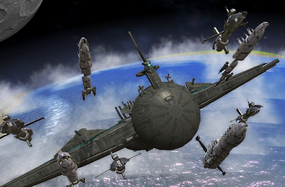 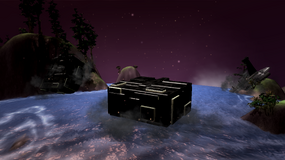 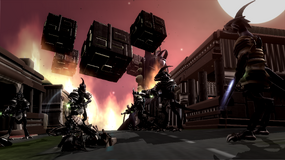 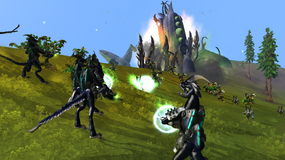 Retrieved from "https://spore.fandom.com/wiki/Planet:Carindes?oldid=769033"
Community content is available under CC-BY-SA unless otherwise noted.