Food, Transition metals
The fourth planet of the secondary of the Nivenia System, B4 is half of the local transport hub of the secondary's ringworlds and population in the Nivenian Empire, with the other half on B5.1. This division was made partly to combat the almost three days of light-lag accompanying communications between the stars of the binary. As such it is sometimes granted some special privileges by the government on Nivenia Prime.

B4 is covered by an ocean nearly a hundred kilometers deep, over a thousand kilometers of ice, and used to be one of the sources of sodium and potassium in the Nivenian Empire, and producing fertilizer, however the reserves of these chemicals have been dry for years. Its main products, currently, are the administration and bureaucracy of the part of the Nivenian Empire in and around the secondary of the Nivenia System.

B4 is a major spaceport, and is the center of transport for the secondary star of the system.

Nivenia B4 was one of the first to implement a "radical terraforming and urbanization" policy, as it was called by the planetary government, which was inspired by the resounding success of the Thadus 0037 colony's terraforming project, and the ongoing (at the time) terraforming of Nivenia A12. It should be noted that Nivenia A11 was being terraformed at this time as well. 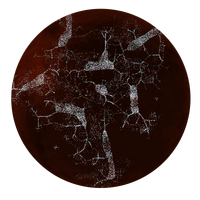 B4 before it was terraformed - at T0 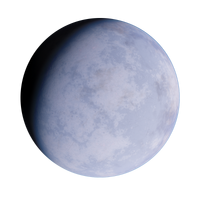 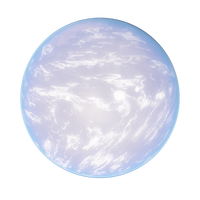