none
Arcaniox is a remote planet located in the Quadrant Galaxies, more specific in the unclaimed and neutral territories of Quadrant 82. The planet gives home to a variety of creatures and sentient species, who live in rather harmony with each other. Arcaniox is most known and recognised for its massive and ancient wall, carving the nortern and southern hemisphere apart. The wall is visible from space.

What many do not know, buried beneath the cold snowy mountains lies the prison of the Tormentor and the gateway to the Void of Nothingness.

The history of Arcaniox is badly chronicled, native species believe that the massive wall that seperates the norhern and southern hemisphere was build well before 25.000 BQF, after the wall was constructed the various races lived in rather harmony and peace with both nature and each other.

What is known is that once the Atlantica once had a presence on the planet and imprisoned the Dwulairi Tormentor underneath the northern mountains. Who actually build the wall remains a mystery at large, as well as the true reasons for it. The native Ragashota, who are considered the wisest at the planet and most peaceful believe the wall was build to protect the rest of the world against the torments and evils of the Tormentor and believe if the wall is breached, the Void of Nothingness will be opened. Legends say the tomb is hidden in the north of Arcaniox and guarded by the mythical Darkarg, a legendary Scion. For thousands of years, the planet thrived and remained out of galactic conflicts as it was unnoticed due to having no space features. This all changed when the Sinleri prince, Kael’Thalas Bloodwing took command of the Hutter Kingdom and began searching for the planet. If located, he had made plans to invade the planet to achieve his diabolical plans and bring upon the return of the Tormentor.

The planet was invaded by the Kingdom in July of 08AQF, the Ragashota Elder Chen Whitesnout travelled to Ramaakota and asked aid from Rambo Nation to save his people from the Kingdom. Dispatching the crew of the Falcon, they were instrumental in stopping the Tormentor at the cost of one of their own. The Tormentor however was able to re-shape the geography of the Quadrant Galaxies!

The Valley of Tranquility is one the most serene place and locations found at Arcaniox. Located in a valley, the native Ragashota constructed their city at the slopes of the mountain and near the massive wall. The valley, with a constant smooth climate and nice breeze made the Ragashota believe that the valley held the spirits of the dead, to honor them the Ragashota constructed the Temple of the Winds at the top of the hill which allowed them to access the walk way of the massive wall as well. At the top of the mountain, the Ragashota found a lone, ancient and large Quadrantia Deciduous Tree, nurturing the tree the elders see the tree as their inspiration and source of wisdom and take great care of the tree who believe the tree is holy. Inside the decorated temple stand closest with ancient parchments, holy texts, premonitions and chronicles of the Ragashota history. At the end of the temple floats their holy artifact, their gift from the Gods, an Atlantican Watch Stone. Dating back to well before 25.000 BQF, the monks of the temple became the Guardians of the Wall as well, making the Valley a strategic position as it became one of the few location where one could cross the wall.

The Ragashota of the Valley of Tranquility forbid this, as they fear the wrath of the Tormentor if you dare to enter his domain. While the city became larger, the various levels known as the natural steps lead to the temple at the top of the mountain and is guarded by the monks . At one of the levels, the Golden Bell was constructed, decorated with red diamonds, the bell is used to warn for danger and for ceremonial purposes.

The valley is also one of the migration stops of the massive saurien Brontoriasaurus. These longnecks migrate the southern hemisphere and often stop in the Valley to raise their young. The gracious animals are often accompanied by the Qantyrix, herds of mammals who see the Brontoriasaurus as a way to give them protection against predators. The valley is also home to large groups of Kentraxgosaurus, these smaller dinosaurs live in the low plants for shelter and food. These creatures do not herd and remain in the valley. The valley also houses various Zurnia, though these bats are considered pests. As the Brontoriasaurus returns, it also marks the sightings of the massive Qylosaur, a marine predator. The waterfalls of the valley and the small lake gives home to the rare and almost extinct Arcurtle, these blue and gold colored turtles use the valley as their home and are highly honored by the Ragashota.

House of the Elder

Temple of the Winds Inside

The Tormented Tomb is a castle like structure build far in the north and beyond the wall. Many mistake the tomb for a castle due to its outer appearance and location on a high peak makes it difficult to travel there as well. The door of the tomb is shut from the inside and one must find an opening themselves. Within the main hall statues of the Tormentor can be found, looking menacing upon any who dares to enter his tomb. Webs of dust hang within the structure to signal that none entered it since it was closed for outsiders.

At the end of the main hallway a stair descends into the lower levels of the structure, where in a massive cave the legendary Darkarg made his home among the frozen crystals. Stopping any who so foolishly entered the Tormented Tomb. Within the cave a lone entrance can be found leading to the actual tomb of the Tormentor, its ceiling hidden by swirling pools of dark magic.

Tomb of the Tormentor (awoke) 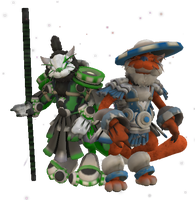 Ragashota of the Valley of Tranquility 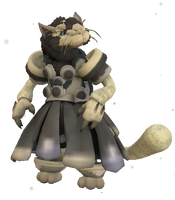 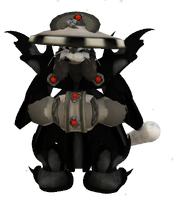 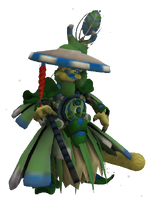 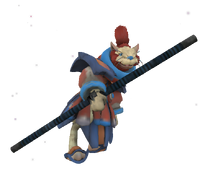 The Arcurtles are a water turtle found at Arcaniox, blue and yellow colored the native Ragashota honor these noble and graceful creatures for their age and wisdom and forbid hunting on them.

The acurtle are an endangered species at Arcaniox, those living in the Valley of Tranquility are being taken care of by the Ragashota. 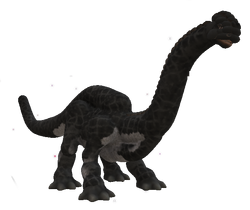 The Brontoriasaurus are longneck dinosaurs native to Arcaniox, with their grey skin they are easily recognised and their large sizes make them easily spotted. The Brontoriasaurus are migrating herds, though not found in large numbers, Ragashota identified four different herds passing the Valley of Tranquility. These slow moving and gentle creatures are actually quite shy and avoid contact with sentient species. Grazing through the plains and coasts, the Brontoriasaurus are a sign that spring has come. They can use their long tails for defensive purposes. 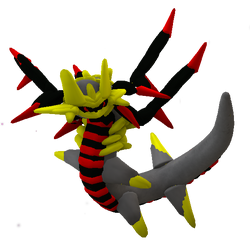 Darkarg is a massive legendary gray draconid/serpent like Scion with gold half rings circling the back of its neck. The head features an unique crown-like object with two large golden horns pointing sideways. Thick black and red strips run vertically along the front of the creature, often scaring those unaware. It has two large thin black wings with red tips emerging from its back, allowing the creature to fly. Darkarg is a highly aggressive and territorial Scion, protective of its home and known to kill those that tresspass. 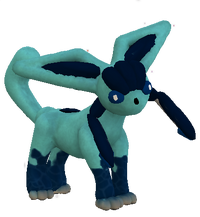 Glaveon are quadruped, mammalian creatures covered in a light-blue fur that can be frozen. It has long, pointed ears, blue eyes and a small nose. It has blue shadings on its four legs and back as ell. It has two teal dangles, one on each side of its head. It can use both snow and ice abilities, has a great agility though lacks a strong defense and cannot take a lot of damage, instead it relies on its agility and speed to evade attacks. It is found north of the wall at Arcaniox, where they search for food in packs.

The Kentraxygosaurus are a small kind of stegosaurien species. They live between the mid level flora and vegitation, refusing the cross the plains in danger of being preyed upon. The Kentraxgosaurus have a spiked tail for defensive purposes when swinging their tails. The large "fins" on their back aid the Kentraxgosaurus in regulating their blood temperature and are used in mating ceremonies as well. They are pretty shy and are easily scared, often snorring through the low vegetation. 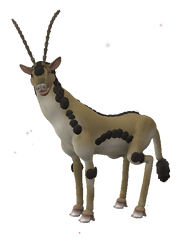 The Qantiryx are an antilope like species, as mammals they don't lie eggs but give birth to their young. The spikes on their head are often used in display with mating ceremonies but can also be used for offensive purposes. The Qantiryx are often found migrating with the large Brontoriasaurus, using the large sauriens as a natural barrier against predators. With patience, the stubborn, agile and fast Qantiryx can be tamed and used as riding a animals. They have a gentle soul and love being given attention, often making jumps for display.

In case of danger, they use their roars to warn others.

The massive and large Qylosaur are a marine saurien species, better known as mosasaurs. The Qylosaur prey upon large fish and sharks in the oceans of Arcaniox but are also known to execute so called "crocodile" tactics, lurking in the waters and grasping drinking prey. The Qylosaur, though massive are incredible fast and dangerous, known for sinking boats as well. Though having large bodies, they can jump their entire body out of the water, similair to what earth white sharks do. 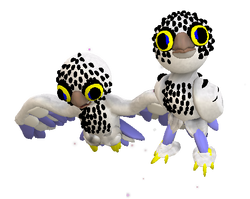 Snowlaron are small owl like Scions, capable of summoning icey winds to do their bidding. The rather curious creatures are flying north of the wall at Arcaniox, where they enjoy the cold and search for food. They have white feathers with black stripes, that allow them to be hidden during the day in trees as the Snowlaron are mostly active during nights. They can however be easily annoyed by intruders and as such caution is advised with them.

The Zurnia are bat like Scions native to the mid level vegetation of Arcaniox. Shy and often seen at twilight, these bats use their sonic abilities to find their way as they have no eyes. The Zurnia are often considered pests, found in houses they are difficult to chase away and are known to steal food as well. Zurnia are by nature very curious and interessted in everything.

The Png file might require the Dark Injection mod