Apatalore is a small green planet located in the north of the former URC Quadrantia Colonial Sector, which later became known as the Republic in Exile before later becoming the first capital of the New Cyrannian Republic, which later passed to Mou'Cyran. Apatalore is located close to the Wormhole Plateau and as such holds great strategic importance. Apatalore houses a small to medium sized population, with the majority of its citizens being Apationagtus colonists after they migrated from Cyrannus. Together with some Libertus and with aid of their close allies the Chinawkya they began building their city.

During the Great Cyrannus War the planet was unharmed, though it became a staging area to invade Yudumarth just before the URC was reformed in the Galactic Empire of Cyrannus. Since then most of the ships left, but due to two docking ports built by the Chinawkya, a sizable fleet now defends it. Apaltar, the current President of the New Republic calls the planet home and was Count before accepting the title of President. The green woods and plains of Apaltore house wildlife, like the Dvottie, Galichimia and Herbisciosa.

Early in the United Republic of Cyrannus's interactions with the Quadrant Galaxies, a group of Apationagtus led by Count Apaltar travelled to Quadrant 82 where they founded the colony they would later call "Apatalore". With the help of their new found Chinawkya and Libertus, the colony grew to become highly prosperous, becoming the capital of the URC colonies in the Quadrants. Despite its key position near the Wormhole Plateau, Apatalore wasn't attacked during either the Second Galactic War or the Great Cyrannus War, though during the latter it was used as a staging ground for the Battles of Yudumarth.

When the Galactic Empire of Cyrannus was formed, Count Apaltar decided not to join the new hyperpower and instead fortified the former URC colonial sector, which became known as the Republic in Exile, against the threat of Imperial invasion. Under the command of captains like Laege Shavalera and Helo Roslia, Apatalore weathered the storm, escaping Imperial notice as the Nim-Glaré Concordat was signed. When power of the Republic was ousted from the corrupt Adelheidis, Apaltar became the leader of the Republic, using his power to open up contact with figures like Apollo and Mer Mirea, the former of which ultimately created the New Cyrannian Republic.

A relatively small planet in both size and population, the primary inhabitants of Apatalore are Apationagtus colonists from their homeworld of Apheria in the Cyrannus Galaxy, though they are also joined by Chinawkya and Libertus as well as many other Cyrannian and Quadrantian species. The most famous inhabitant of Apatalore, when he isn't conducting important Republic business on Mou'Cyran is Apaltar, who served as Count of the planet before becoming President of the Republic. Other notable figures that live on Apatalore include Laege Shavalera and Helo Roslia, both of whom protected the planet during their time with the Republic in Exile. Inhabitants of Apatalore are often very proud of the colony they've constructed, with many claiming that Apatalore and the Rambo Capital are the King and Queen of Quadrant 82. 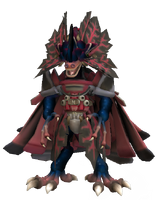 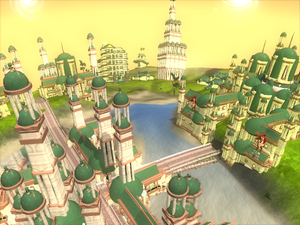 Apatalore City, otherwise known as Apaltore is the largest city on the planet and the seat of its government, and that of the Republic in Exile before it was absorbed into the New Cyrannian Republic. A rather large settlement framed against the golden skies of Apaltalore, the city is home to both Cyrannian and Quadrantian architecture including a vast palace owned by Apaltar, current President of the Republic. On the edges of the city lies the gleaming waters of the sea, the rolling hills of the countryside and a large shipyard defended by many Venator-class Star Destroyers. The city also sees heavy civilian traffic bringing goods to other worlds such as New Capricaerón as well as the nearby wormhole to Coru Secundus, which is currently guarded by Lianna Station, a point of contention between the Republic and the Rambo.

A fleet protecting the city.

“A beautiful planet that serves as an inspiration for all New Republic planets to follow.”

“Apheria is my homeworld yes, but Apatalore is my home.”

“An important world to the Terran colonies in the Quadrants, it brings much trade and prosperity to my people.”

Retrieved from "https://spore.fandom.com/wiki/Planet:Apatalore?oldid=662175"
Community content is available under CC-BY-SA unless otherwise noted.