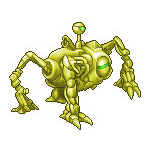 If you need help with things like wikitext, CSS, JS, Lua, Python bots, or more, contact me here. That said, you will receive a much faster, or more adequate response, from one of the other administrators or on Discord.