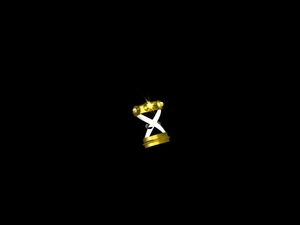 The Icy Band is a captain accessory appearing in the Captain Outfitter of Spore Galactic Adventures.

The Icy Band has two gold-colored straps on the top and bottom of the part. There is an extra pair of straps that cross each other and are both white in color.

The Icy Band is a close-range Captain weapon, used for paralyzing opponents. Like all Shaman weapons, the Icy Band does not require a supply of energy, but nor can it be upgraded.

It is used by the creature casting its hand forwards (or placing its leg forwards if it has no hands, or lurching forwards if it's an armless slug) and screaming, upon which bluish-white energy hits the target and encases it in a block of ice. This results in the target being frozen in place, where it can neither escape from attacks nor fight back against any opponents. Normally, the attack only works on creatures and does not cause them any direct harm, but epic creatures with an Icy Band can use the attack against buildings and vehicles to deal 30 damage (at 100% attack power).

The Icy Band consumes no energy, and normally deals no damage except in the previously mentioned situation. It freezes a targeted creature in place for 6 seconds, or until damage is dealt to the creature. It does not freeze vehicles or buildings.