"Send a hologram to the planet for an up close examination."

This tool allows the player to explore a planet surface as a hologram. Aside from walking around, almost no interaction is available. The hologram walks very slowly compared to walking during Creature Stage. It controls almost like the Test Drive mode in the Creature Creator. Other creatures on the surface become aware of the hologram's presence if the hologram approaches. Herbivore creatures will run away in fear (if the player is a carnivore or omnivore), or wave at the hologram (if the player is a herbivore); carnivores and omnivores will growl, then attack; and Epic Creatures will grab, bite, throw and send fireballs at the hologram. The controls are very similar to the controls in the Creature Stage. Oddly enough, if a player beams down as a hologram and enters a tribe, the tribe members will not react to the hologram's presence. Note: in the game, a hologram can be picked up by an epic creature. The scout cannot fly or jump, and you cannot beam down over water, over a colony or from a high altitude.

The scout is also able to swim, seemingly forever, by walking into a body of water from a very flat stretch of coast. This can be quite tricky, as the angle into the water has to be very shallow (see the below video). It is unknown why the game does not allow the scout to swim in normal conditions.

The scout can pick up items, such as sporebucks dropped by ships, by left clicking them. This makes it easier and faster to retrieve sporebucks located in forests.

The hologram scout can be shrunk by opening, then closing, the settings window before using the scout. The speed will not be affected, but since your scout is smaller, it will appear to be going faster.

Sometimes your Hologram Scout will be much larger than the actual size your creature really is, apparently Epic Sized. Much like the difference in tribal stage creatures and Epics. The reason for this is unknown.

The Fanatical Frenzy creates city-sized holograms of your creature when used. However, it can neither be used nor interacted with by the player.

In Spore Galactic Adventures, players can only beam down from adventure planets. The player can ask an alien empire for a mission, the game will scan for systems or planets that have not been visited and then make the player travel to the system. Gas Giants will get converted into adventure planets if any nearby planets have all been visited. The Hologram Scout was not replaced or cut from the game.

Holograms can have captain tools as decoration, but they cannot be used. Captain "Lights"(visual effects from captain parts) will still show.

If the Hologram Scout is beamed down near a colony, and if one has the Galactic Adventures expansion pack, a glitch occurs that makes all the colony members the same as the captain. The only way to fix this is to exit without saving. However, there are no major negative effects of the glitch, so it can be left alone if the player doesn't mind not using the Colonist Outfitter again.

This requires the Missionista 5 or the Trader (badge) 5 badge.

This tool can be purchased in the following locations: 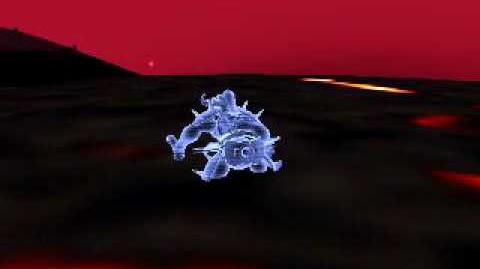