As most people who have loaded the Grox PNG into the creature editor know, you cannot save the creature unless you remove the unique eye and the robotic parts. The parts were actually named after space stage clothing in the space editor, so the parts may have no real names.

The unsavable parts on the Grox were probably created specifically for the particular form of the Grox, because the helmet seems to conform perfectly to the D'Orca mouth that the Grox has, as with the robotic collar, and the mechanical hands and feet are designed to look like the simple organic hands and feet that the Grox have.

As a general rule, parts that cannot be accessed in a given editor in an unmodded copy of Spore cannot be saved. This includes Grox parts, as well as outfitter parts in the wrong editor and any parts added by mods.

The most popular solution to this is to use this mod which forces any creature to save no matter what parts are used. Be warned, however, that force save does not discriminate--remember to give creatures a name before saving, or else your data could corrupt. 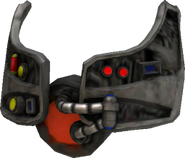 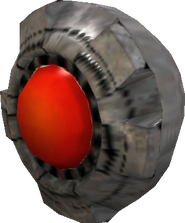 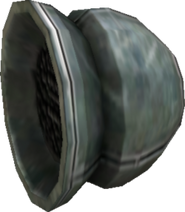 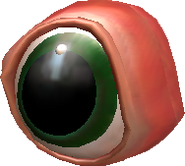 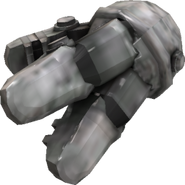 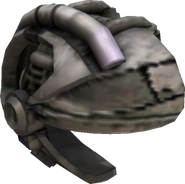 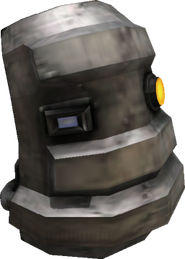 "Dirtchargers"
Add a photo to this gallery

Davo, the creator of the mod Dark Injection has made special names for the Grox parts, they are the following:

Retrieved from "https://spore.fandom.com/wiki/Grox/Parts?oldid=817434"
Community content is available under CC-BY-SA unless otherwise noted.