The Host (remnants) and the Omnipotent 4

“There is no way to hide from them. Pray that your existence be considered worthless by their omniscient minds.”

The Xol'Etra (/sol etra/) or formerly known as The Krassio, are an omnipotent and omniscient advanced race of ethereal beings. Formerly being a semi-mortal group of three species that defeated the Powerful Xhodocto in their mortal form before, they have forcefully evolved to bring war to the enemies of the universe.

Their pursuit of order began in the Chandras Galaxy, where the vestiges of the Krassio Host still floated, and the psionic essence established there thanks to Krassio efforts was so dense it spawned new forms of life based on psionic energy. They asserted themselves there, eliminated rival powers, like the remnants of the Krassio, and conquered the Krauna Principaliy, founding thus a gigantic Empire called the Xol Dominion. Their rule brought an end to any dispute over territory, power struggle, and submitted all psionic essence to their collective will of the Pharia entanglement, which is the epitome of their whole existence as a race.

However, their rule was short lived, for another deity made entirely of psionic energy, Singul'Aren, arrived with a host of followers to their realm, seeking to challenge it and restore the old ways of the Krassio. The ensuing conflict called the Great Psionic War eventually saw the Xol'Etra decimated by the power of the Allfather, and their galactic Dominion fractured.

It is said that, following their defeat, they have taken a mental form of super consciousness and that they continue to battle Singul'Aren in another plane of psionic existence. Still, their fractured society now includes several Xol'Etra who have established their own personal realms, creating interstellar empires inside the very borders of the Xol Dominion. Today, both Xol'Etra factions (Dominion and Renegades) battle an internal war, where the Xol'Etra's chosen, Ur'bos, leads a consolidation crusade against the Renegades.

The Xol'Etra were at one time influential across a whole Universe on all of its 11 dimensions, they had technology to support their travels to other dimensions that otherwise would kill them in the open. Since the Krassio’s ascension to Xol'Etra their influence scattered across the whole Omniverse. Those who oppose their ideals fear them, and they are known for being completely fearless and incomprehensible.

Records of the Host show that the three founding races of the psionic organization, the Civatrons, Andrudans and Juvans left in a massive exodus towards unknown regions of space. What happened to them is unknown. Meanwhile the entire Universe was in chaos, as demonic hordes laid waste to the Multiverse, destroying Universes inside of it.

Without their main force-the Krassio-to fight the demons, the Omnipotent races known as the Vyro'Narza and Vi'Navitum placed in Arks as many species and empires as they could. Drawing a stand where the demons finally halted their rampage and gave the allies a great, but tragic victory. The remaining of the Host were not powerful enough to help at its full strength in the war, only hoping to fight in their own space and territories.

The struggle continued until the Xhodocto themselves entered the conflict, in a rage that no one has ever seen. The Xhodocto began killing the very existence of the Multiverse, entire civilizations were falling each second due to the immense destructive powers the Xhodocto had. Fortunately, the Arks had escaped along with numerous other civilizations.

The Xhodocto abandoned the destroyed multiverse leaving a chaotic vacuum of dimensional rifts and chasms, everything was in great disorder. As the Xhodocto left the destroyed multiverse, another powerful being arrived to it, a hundred entities started to appear, staring at the destruction the Xhodocto were responsible of. The Xol'Etra had arrived to Existence, and they mourned for their great loss, saying farewell to what was once their home. The Xol'Etra followed the Arks unto a new Multiverse.

In the Intervention, the Xol'Etra just watched what occurred, as Apalos seemed to clear up the situation. When the Xhodocto attacked The Box and grew beyond this state of reality, the Xol'Etra claimed their place among the Essentials.

The Xol'Etra have numerous characteristics that differentiate them from the rest of the known species.

Their Physiology is known to be similar of that of other godforms made of pure essence, with ethereal bodies and their psionic energies flowing over them creating a shape that is probably the shape of their body. The Xol are stronger than their Krassio counterparts. And have the ability to recreate any kind of weapon with their own bodies using Psionic Energy. It is said that the Xol technology is the species innate mental capacity of materializing anything from their sheer willpower and imagination.

Since they all live in a more essential and elemental plane of existence due to their ethereal forms, many of them remain unseen by the mortal eyes of the many universes they protect. However, it is known that they hold the capability to interact with less advanced species by manifesting as a reptilian, psionic-filled avatar. Such was the case of The Triam and the Advisor for instance, whom in order to interact with servants and protégées correspondingly, manifested with a physical form.

After the Great Psionic War, a group of renegade Xol'Etra began taking physical form and assert themselves in several star systems, eventually forming warring interstellar states composed of one to fifteen planets, maddened by their defeat and seeking worship from their enthralled followers. 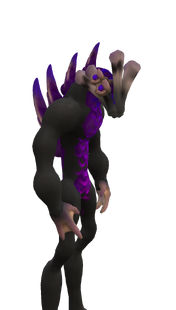 The Psionic Lords. Their power birthes countless minions and their influence transformed an entire galaxy into a font of psionic energy. They are almost never seen in the mortal plane, and when they manifest on it, not many live to tell the tale. 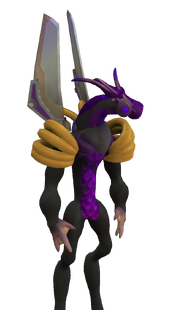 The elite. This form of Xol'Etra, albeit inferior, hold incredible psionic power said to destroy one entire galaxy when rallied and focused. 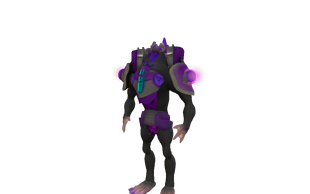 The minor form of Xol'Etra and their expendable muscle. Of all the forms, it is the only one that can be actually killed. Despite being weaker, they still hold enough psionic power to bear it on unsuspected planets.
Add a photo to this gallery

The Xol'Etra had modified certain aspects of the psionic energy itself, it has been known as the Pharia Essence by many, even by the Xol'Etra themselves.

It is not known whether the Pharia is a living Xol'Etra or just an active consciousness serving to connect all Xol into one collective shared-mind. As for all the other far less developed species know, it could also be something close to being a deity.

For years, it was believed that the Pharia was just the name to the noosphere that the Xol'Etra collective consciousness represented. However, it turned out to be far more complex than just that. Singul'Aren called the Pharia his greatest opponent yet, for while he represents individualism and bonding through emotion, the Pharia represents a collective, massive and raw database with no reasoning or defining purpose but to preserve itself. In all sense of the word, ever since the Pharia was exposed to dark psionic energy, it became the psionic manifestation of a feral entity nurturing from the minds of its users.

The Xol'Etra is a species which society has surpassed any societal paradigm or structural basis. They do not have leaders, each are dependent of one another. They simply exist, co-operating when trouble threatens their existence and the Omniverse's, fighting as one, truly. This "non-leadership-collective" thinking has led the Xol'Etra to be cold, logical, calculative and radical in their decisions. Such a complex way of thinking is often displayed in little efforts to directly intervene in other species affairs. Sometimes the situation is too complicated that they decide not to intervene in order to not complicate things even further. In contrast to their complex personality, they tend to express themselves with a few vocal words, as they do not see the need to express themselves beyond what is really needed.

Races who have encountered the Xol noticed that there are some distinguished members among them, being wiser and more experienced, they tend to be recognized as some sort of leadership in an internal and external perspective.

In a more external system, the Xol'Etra grant protection to any species that are recruited into their service. However, the Xol'Etra's servants are not entire races, as they believe that it would disrupt the order of the Universe in a similar way the Xhodocto did in their time. Instead, they use individuals from the numerous species under their banner in order to keep such civilization's normal course of evolution and also keeping some individuals for themselves.

“We limit ourselves into your corrupted social integrity in order to better co-exist with you. You think I am a master among my people, yet I'm just part of the Unity of my race as one single member of the transfinite members of the Xol'Etra body.”


There are only two known Xol'Etra which have been considered as 'coordinators' of their people, being wiser and more powerful than the rest of their brethren:

He is the de facto leader of the Xol'Etra, he is the only known Xol'Etra that has been seen giving orders to others like him, and the only one known to which the Xol directly obey. He could be considered the main psionic hub of the entire species for as much as many scientific opinions care. He's a mysterious, cold and calculative entity with little regard of less advanced sentient life as long as they serve a purpose.

Is known to be the military Strategist, otherwise known as the "Xol Commander", he directs troops and serves as a channel or neural system for the Triam to transmit orders to the rest of the Xol. He has been granted powers above his brethren BY his own brethren in order to coordinate the militaristic affairs of the entire species.

Whether it is a living Xol or not, it is officially considered as the network of the species Psionic link. The Pharia enhances the psionic efficiency in the Xol, upgrading the collective nature the Krassio once had, making them more powerful since it is able to enhance one individual Xol thanks to the power others grant him through the Pharia. Members of the species such as the Triam and the Servant have been powered following this same principle.

Later on, the Pharia takes on a role far more ubiquitous and sinister since its interaction with dark psionic energies has turned it into a hungry, self-preserving monster.

The Xol don't have a determined "realm" just as the other Omnipotent, in fact, they consider the Omniverse and their whole inhabitants as their realm.

The Iluvii doesn't work for them as they don't suffer from mental fatigue anymore. Instead, they utilize the Pharia to further enhance themselves and commune with each other, but it must never be considered a plain so much as to be called a habitat itself.

“Simply fascinating and glorious... Someday I will understand them... Although I take a lifetime or more...”

“Extreme threat level has been detected. Do not interfere to ensure survival.”

is known as the

Retrieved from "https://spore.fandom.com/wiki/Fiction:Xol%27Etra?oldid=816469"
Community content is available under CC-BY-SA unless otherwise noted.