“As you bask in the ignorance you have been born in, allow me to remind you of this fact; the gods you have been so driven to serve indeed existed. And as ignorant as you are to them, they were as to you. Mere cattle and food for the engine of time. It is this same ignorance that has granted you your own sense of godhood; to move the stars and govern in futile hope. Little more than petty imitations of the truth, little more than mockeries of the reality. As your gods have abandoned you, your growth has beckoned nemesis. And I am nemesis incarnate.”

“This was it. The time when chaos descended upon us and laid claim on our homes, seeking to manipulate the fabric of creation to its whims. The time when two fundamentally opposed forces clashed, one of pure evil but natural chaos, and the orderly causality of those who seek to oppose entropy itself.” 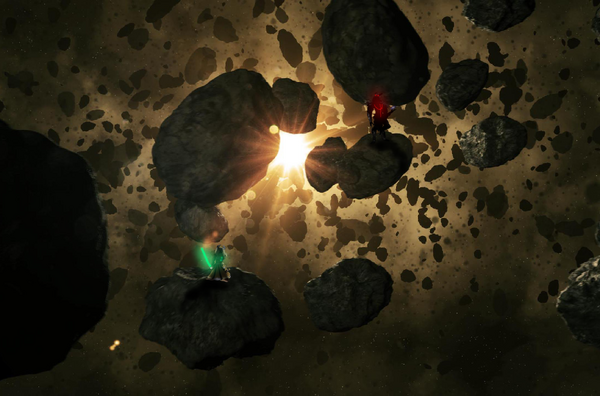 The Tigris War, also known as the Tigris Galactic War, Calamity of Triangulum and the Rapture of the World was a mass conflict that occurred in the Tigris Galaxy between 2754 and 2759. The Tigris War was the culmination of an intergalactic annexation by The Congregation, an enormous fundamentalist sect from the Tuuros Galaxy that was driven to exterminate the Cianju Alliance, as part of a historical conflict in ages long gone. Among the bloodiest wars in Gigaquadrantic history, the Tigris War resulted in the widespread destruction of life in the galaxy, leaving the galaxy untouched in the decades after.

The Tigris War is thought of as one of the key conflicts in Gigaquadrantic history, setting in motion the chain of events which has led to Gigaquadrantic strife and prosperity, as it deterred the then unrelenting advance from the Congregation into the universal community, marking the first time major powers from different galaxies united to stop the former. It was also the first war which marked the resurgence of the Essentials on the First Gigaquadrant and was largely instrumental in forming several long-lasting political relationships until the Great Xonexian Schism.

The Annexation of Tigris[]