This page will describe what is known of the capabilities of Taldar. Vyro'Narza "technology" is Kardashev Scale V, meaning it is capable of fully manipulating matter and energy, including the continuum that lies beyond, such as dark energy and is within the bounds of Tier 0 godtech (see the Chronoscopic reactor). There are many Vyro'Narza artifacts which show capabilities of the Taldar, but do not have any specific name or cannot be classified as anything in particular.

Understanding spacetime on their level[]

Their second major power, is that in the fith dimension, they can easily stretch over various quantum realities (Many Worlds Interpretation). The Taldar can easily be immune to the outcomes in one just one timeline, and they can carefully select which one to choose from, this is known as Time Watching. Chronoscopic is one of their unique senses on observing the multiple histories of universes. If Taldar willed, they could prevent entire multi-universe histories from ever existing, and rule an multiverse this way. However, not only is this against the Taldar's teachings and purpose, but it would be prevented by the Traffphyds.

The majority of the Vyro'Narza's capability draws from their of Chronoscopic, and has ability to perfectly control the flow of spacetime. Time is extremely delicate, this means Taldar can perfectly manipulate time to their will, observing all possible timelines as well as simulating them. They can dictate the laws of Time, and have to account for every inch in time from their Time Pods (a 3D projection of 5D time control). If it is not accounted for, an anomaly will occur, and Taldar will have to pause time, rewind to when the anomaly occured, and fix it. They also have the ability to dictate motion, age and many other factors. It is the Vyro'Narza which makes this all seamless and exact as it nurses the timeline; each and every move is calculated with mathematical precision by the Taldar so as to ensure everything fits perfectly, and mortals do not notice a thing. So, for example, if a ship was travelling at extreme speeds, then Taldar would slow time down, but ensure the ship travelled at the same speed compared to others. Other time manipulation includes warping spacetime, time travel and ability to nudge things out of the space-time continuum (with Chronoscopic).

To gain a clear understand, watch the embedded video on 3D to 2D: 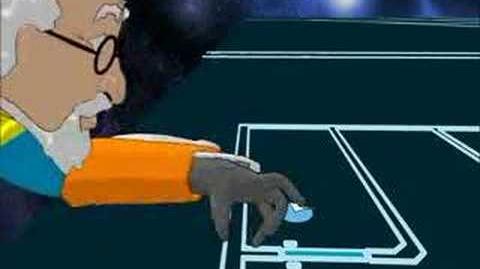 The Taldar are also capable of altering reality in universes. From their time pods, they can use Chronoscopic and the Chronoscopic spawn energies (found in Chronoscopic organisms) to alter the laws of reality, as well as bend forces (such as gravity and electromagnetic force) to their will. The reason for this is unknown, although reports suggest it was used in war. An example of this was during the Quantumhorde crisis; the Taldar used gravitational manipulation (mixed with Dark Chronoscopic to speed up the process and Chronoscopic to stabilize the process) to create a bowel in space time, a sort of vortex. The ship that does this is the Technobliterator-class.

Taldar can also create other universes. They usually put together several particles (Chronoscopic particles) and making them 'explode', in the same way as the Big Bang theory. They can also fill this space by creating planets, star and other astronomical entities out of Chronoscopic spawn. Another way the Taldar have described their creation of universes is by using their black hole (Dark Chronoscopic is capable of creating Black holes). The Taldar will create a black whole where it won't cause any harm (usually in Vyronia), connect it to an unfilled region of space (how they make this region remains another thing that no one has discovered). There, they spin it around so quickly, that when it collapses, it drives an expansion of space time on the other side, which is joined by the ring of singularity (the interior of the black hole). This is called a White Hole.

The Taldar can master matter by warping spacetime to move particles around, and place/throw them wherever they will; from a 5d being this is as simple as chopping a chip in half. This is used by the Vyronicia Drone. A simple way to explain this is human scientist Antony Garrett Lisi's E8 theory:

Also, using Klein-Gordon equations, the Taldar could potentially create what is known to mortals as Klein-Gordon fields, capable of changing the state of spacetime, changing all particles.

The Taldar are capable of many other things, such as streaming universal data (see here)(not to the extent of the Big Collective Consciousness). Also, the Taldar can edit what is known as the Planck constant, meaning the speed of light can be altered (not that was relevant to them with their mastery of time), but since this is fundamental to matter, the Taldar can use this for enjoyment (in the universes they created) or for military purposes.

It is common knowledge that the Taldar can simply remove their enemies from time, but Taldar prefer to wage war, especially on those who aren't as affected by time and cannot be completely removed.

Most of the known Taldar capabilities is mere trinkets compared to their real power.

Here is a brief summary of Taldar's capabilities (note that many of these powers are ones the Taldar cannot perform, due to teachings against and unfairness on mortals), it will list their abilities without describing their full power-

For those who aren't so good at science or find this confusing, here is a summary of Taldar time pods:

Taldar are nursing the timeline from Time Pods. However, if someone fails to work prperly, it'll all fail. So, for example, when the holidays are over, or a Taldar is late to work/slacks off, then to us...

A voice comes: "Sorry, we are having some technical difficulties. Please stand by." It's the Taldar informing everyone that they screwed up; they will fix it (they just will, or an AI will) then remove everyone's memory- no one will notice a thing.