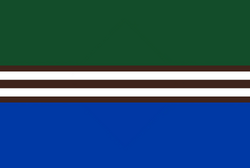 National Flag of the UROG 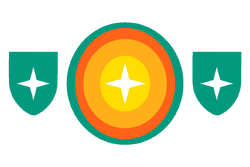 National Emblem of the UROG 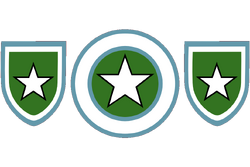 National Seal of the UROG

Wexpo
Capital Planet of the AGR

At War with The Purity and the Divinity of Spodia

The Purity & Their Purified Realms

“It is apparent to me and others in the Gigaquadrant that this time of inaction will not be tolerated in the United Republic anymore.
Standing idly by, while we watch the rest of the galaxy unfurl into chaos, cannot be supported.
Watching these Empires fight amongst themselves over stupid reasons will not be tolerated.
We will intervene if it means that we will knock some sense into the circus that is the first gigaquadrant.”

The United Republic of Grubmolians, also abbreviated as the UROG, is a sovereign, nationalistic intergalactic republic situated in the Xoxeni Cluster and is a minor regional power in the regions of the Carina Arm, Umbra Region, and Reaper's Grasp. As a political entity, the United Republic has continuously existed for 73,000 years, with its origins being traced back to the 71st-millennium BCE.

The United Republic is nationalistic in its approach and is overall dismissive of many of the modern factions which now inhabit the Gigaquadrant, believing them overall to be weak and only inheritors of much grander civilizations. The United Republic declares itself the protector of the Grubmolian race and that if anything were to happen to a single Grubmolian that was government-sponsored, that action would be taken.

The United Republic is ruled by the Premier and Vice-Premier, both of whom rule for life while overseeing the Grand Council, an elite set of individuals each tasked with managing civilian issues of life in the Republic. In recent years, the government has become more centralized and oligarchic thanks to the action of Ipliq, however, after his abdication, these effects have slowly begun to wear down.

The United Republic's origins can be traced back to the Spodian people - a series of religiously prosecuted Grubmolians who ended up migrating towards a region on the coast of Grubmolia. What was this new country called? Spodia! The Spodians lived for the most part in harmony and sort of kept to themselves until eventually the Spodians ended up getting into disagreements about certain aspects of their culture and religion and split up into numerous other factions.

Into the late periods of this Spodian breakup, a Spodist by the name of Juviora begins thinking up of a new nationalist and authoritarian version of Spodism that he calls "Juviorist-Spodism". He preaches, and preaches, and preaches until eventually, he convinces the ruler of his country to make him de-facto God-Emperor of the country. He then proceeds to do the following:

Luckily Juviora had an heir and his son did the exact same thing- conquer some territory outside of Spodia, indoctrinate the conquered people and then died. The Divine Kingdom of Spodia grew in size until it swallowed up a major portion of the continent of Grubmolia and bits and pieces of other continents such as Pangera. This pattern of growth and prosperity continued until the people of the Divine Kingdom of Spodia got really fuckin' tired of how corrupt and blatantly evil their government was. Some radicals eventually start thinking of something called "democracy" and they start a revolution. Other people start revolting, and eventually the country erupts into civil war. The Monarchists (or Spodians, as they were called) would eventually be defeated by the Democratic Coalition. Upon the collapse of Spodia, the United Republic of Grubmolia was de-jure established, but by that time numerous amounts of territory had already been stolen or seceded from the United Republic and the United Republic remained a mostly minor power in Grubmolia - a fraction of its former self.

Having arrived directly out of a civil war and revolution, the United Republic of Grubmolia was already in a weak state comparable to the Weimar Republic back in the interwar period. Not only that, but the United Republic had lost an exponential amount of territory during the civil war due to breakaway states... Some of which were rather valuable to the Spodian economy. That's right! More economic downturn.

The situation for Premier Jyo'Ma looked quite grim. Actually, more like a grim situation for the entirety of the URoG. Most of its neighbors completely loathed the republic and thought of it as nothing more than a weak, rebellious group of people calling for "democracy", which up until a few years ago they didn't even know existed. So, what do you do in a situation like this?

A Send diplomats to work out your relationship with your neighbors?
B Ignore your neighbors to work on stabilizing your country?
C Cry in your office for days at a time?

If you picked any other option other than A, congratulations! You're wrong. Anyways, so Jyo'Ma decided to send some of his best diplomats to make his relations with the neighboring kingdoms and empires not suck. This worked to some degree, as the kingdoms and empires went from wanting to destroy the Republic to just hating its presence. That's some progress, and progress is better than no progress.

So, over a few more decades, Jyo'Ma continued making deals with other countries, and soon enough, Grubmolian independence didn't seem that threatened. I mean- yeah, it was, but like- it wasn't like "We're gonna kill you!! Filthy Republic!!" by every country.

Okay, okay- so, anyways. Jyo'Ma had secured the Union diplomatically, but you know what he didn't secure? The Union's finances, because they were still dirt fucking poor. Jyo'Ma was JUST about to fix that when suddenly he died of disease.

"Well that sucks.", said literally everybody in the union. Luckily his vice-premier succeeded him, Wexpo. Did you know we named a planet after him??

That kinda worked. Wexpo didn't make the Union rich or anything but he certainly did bring it out of total economic collapse thanks to his trade deals and ease of aggressions. He was pretty cool, I would say.

Then his term limit ended and he had to get replaced with another guy, but we don't really care about that guy.

...Wow, we...actually don't care about the third premier whatsoever. There's only like, one article on this dude.

Ah, whatever- back to the story!

Alright, so, I know this is really unprofessional of me, but, like, a majority of early Grubmolian premiers and history is really, really lame. Like, I know some of you nerds reading this will be like "BUT NOOOOOOOOOOOOO!! I WANNA LEARN ABOUT THE FOURTH PREMIER!!" but deep down inside we all know that you don't even know who the fourth premier is. Or if he even existed.

So, anyways, we're timeskipping to the Premiership of Trypi. We also named a planet after him! Trypi was a pretty cool guy, as he had served in politics for a long time. He liked old people politics. Okay, nevermind, this dude is really... REALLY boring. But do you know what wasn't boring? his MANIFEST DESTINY!!

Now, most of the "Americans" reading this will assume that they were the first to implement manifest destiny, when that's completely stupid! We, the Grubmaw, invented manifest destiny! Trypi had this master plan to unite all Grubmolians into one state- the United Republic of Grubmolians! It would have been this one, great big ethnostate where every Grubmolian can live in peace.

And if they wanna leave, we remove them from society!

Sorry, sorry- uhm, anyways. Trypi decided to basically, oh, I don't know, do anything he could to expand the Grubmolian's presence even further. Annexing? Check! Buying land? Check! Going to war with other empires over fake messages and insults to steal land? Check!

You know what? This is boring. Let's do another timeskip, why don't we?

Collapse (Rise of the Nationalists) Edit

The United Republic, although not as large as some of its younger neighbors and superpowers, still has a relatively large-sized empire of around one quadrillion citizens who each live in roughly 43,000 star systems scattered across the Carina Arm of the Milky Way, the Umbra Region of Andromeda, and the Reaper's Grasp of Mirus.
The United Republic's space remains hidden- isolated from most of the rest of the galaxy, leaving only a few small client states, (easily conquerable ones, not to mention) to be an immediate threat to the UROG.
The United Republic's plan for the galaxy thus so far has mostly been to focus on improving the already-established starbases and fortifications they possess on their colonial possessions already instead of expansion, and this endeavor has proven to work well for the Grubmolians.

The culture of the United Republic is vast and expansive- taking ideas from many different ancient cultures on Mutypla.

The Legislative & Judicial branches have been fused together to create the Grand Council and the Galactic Senates, which act as judge, jury, and executioner as well as lawmakers & much more. The Grand Council has a significant amount of power compared to the Galactic Senates, who often pass simple, small-scale laws limited only to a single planet.

The Executive Branch of the Central Government is composed of the position of Premier and Vice Premier, with the Legislative and Judicial Branches being headed by the Grand Council, a series of members called Presidents which are appointed or elected to oversee certain public or private issues such as Education or Health. The Grand Council is supervised by the Premier and Vice Premier.

Please note that relations other than 'at war' or 'allies' are purely opinions towards other Empires. They are non-official and simply represent the views of the United Republic towards that country.

“Let our people inch ever closer to cooperation and harmony!”


Finally, somebody who knows some common sense!

“As you have proven, you are a worthy Empire in the Gigaquadrant.”

“You are quite the fascinating type of people...”

“Neutrality isn't exactly the type of relationship our country aims for, but it is preferred over hostile relations.”

“Fool! It is only a matter of time before the day of reckoning comes for you!”

“Up until recently, we thought that Spode didn't make mistakes!”

“You should have begged for mercy long ago, traveler!”


Divinity of Spodia - Heed my words, Ipliq. Your people will suffer! Our ships will visit your worlds and ravage them until you start thinking clearly!
The Purity - Fools! No matter how many times we tell you, you always side with evil! No more! We will see an end to this way of thinking!
The United Corlinian Empire - You have made a grave mistake supporting the Purity. Your people will not survive our fury.

“Greetings, just wanted to note that we're not just "one of those hiveminds", our people can still think for themselves.”

- Sincerely, the Pure One

“Hivemind, schmivemind... Most are the same. I can't even tell the difference between a crowd and a hivemind at a stadium anymore!”

Themes/Music
Retrieved from "https://spore.fandom.com/wiki/Fiction:United_Republic_of_Grubmolians?oldid=872142"
Community content is available under CC-BY-SA unless otherwise noted.