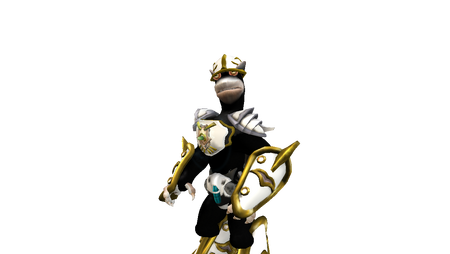 “Black Cloak is my name... my voice is the silence... my most powerful weapon is the shadows... and of course my fist”

Agent First Class Black Cloak, better known as Black Cloak, is the leader of the Shadow Regiment, title that he won after the fall of the Tyrannt Mask, his mentor and boss. Clever, smart, competitive and hungry for glory, he is one of the greatest physical and mental strength agent in the history. He has developed in all the physical disciplines. Doing that his skin has been burned on several occasions, which gives him his characteristic black color.


Black Cloak joined the Shadow looking Afnai and Vankalian triumph over, the only people who managed to overcome it. He entered in the intelligence department, becoming one of the most efficient agents of history. He has an unnatural muscle between the members of his species, due to ongoing training, is extremely talented in the use of weapons. 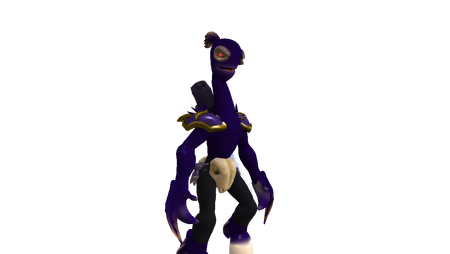 “My blade is dark... because it has tasted the blood of many”

Agent First Class Dark Blade, better known as Dark Blade, is the second most important agent into the Shadow Regiment. Partner of Black Cloak, Dark Blade is possible one of the most powerful martial arts fighter, a worshiper of combat as a lifestyle, an expert in the use of the sword. He lost his family and was trained by an ancestral tribe of warrior.


Dark Blade is legend because his story about how he killed all his tribe, searching the purity. After this, Mask found him and became his new agent, placing it in the Elimination Office, where he became the agent with more murders in just three years' work.

Agents of the Intelligence OfficeEdit

Agents of the Science and Technology OfficeEdit

Agents of the Elimination OfficeEdit

Retrieved from "https://spore.fandom.com/wiki/Fiction:United_Federation_of_Species/USF_Army/Agents?oldid=552590"
Community content is available under CC-BY-SA unless otherwise noted.