“The greatest weapon of the Cognatus Empire is their hatred. However, this is also their greatest weakness. Our civilisation is bound by the principles of honour and kinship and thus, we are more powerful.”

The Cruentus Battlefleet is the primary martial force utilised by the Order of the Cognatus during military campaigns and planetary defence. A rather loose organisation linked together only through a loyalty to the Order, the Battlefleet operates differently from most other militaries in the Gigaquadrant in this regard. Each fleet is commanded by a high ranking Fleetlord, the most powerful of which is the Supreme Lord of Concordant Resolution N'thavo Xellunaion, a legend amongst his kind. Other fleetlords include Thaur Vicliquam, who leads a vast fleet from his flagship, the stolen Melkón-class Dreadnought Harbinger of Truth. The size of a Fleetlord's fleet is often indicative of the status of the individual in the Meritocracy, with a fleet numbering several hundred ships being indicative of having a commander with a great deal of skill in battle. The military forces of the Cognethril often consist largely of ship designs which are also used by the Cognatus Empire, understandably due to the origins of the Meritocracy as a rebel faction, however upon the establishment of a new sphere of influence in Cyrannus, new ship designs such as the Maephedil-class Battlecruiser were developed which serves as the workhorse of the new fleet.

The origins of the Cruentus Battlefleet lie largely among three sources, the remnants of N'thavo Xellunaion's fleet after his activities in Endless Space, small fleets that remained loyal to the ideals of the Cognatus Remnant (such as those under the command of Voron Valna'leh) and a large rebel fleet organised by Thaur Vicliquam and Morin Ehtar during their escape from the forces of the Cognatus Empire. The latter became known as the Fleet of Majestic Integrity under the flag of the stolen Melkón-class Dreadnought Harbinger of Truth and was the largest single flotilla in the Cruentus Battlefleet until the arrival of Xellunaion's newly consolidated Supreme Fleet of Concordant Resolution in the final months of 05 NE. During these nascent months for the Order of the Cognatus, most fleet actions took place in opposition to the Cognatus Empire, such as the Battle of Emónoain on 05-04-05 NE. Other actions however include the Fleet of Unrelenting Reverence's involvement in the Cataclysm in the Neutral Zone and the peaceful involvement of the Fleet of Profound Purpose during Project Exodus.

Unlike more organised militaries such as the navies of the New Cyrannian Republic and the Galactic Empire of Cyrannus, the Cruentus Battlefleet is considered to be far less centralised, with most major decisions being at the behest of the Battlefleet's myriad of Fleetlords united by their loyalty to the Primarch Voro Acetenus as well as the Council of World States. Nevertheless, the role of the Battlefleet is largely traditional for an interstellar armada, namely the protection and patrol of the Order's space as well as both offensive and defensive action against the Order's innumerable enemies, both seen and unseen. 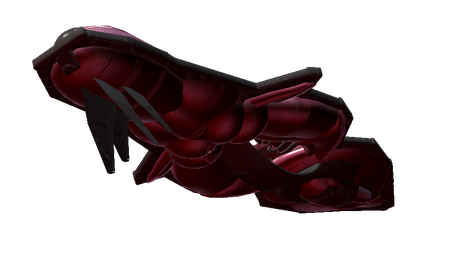 “A symbol of the strength and resolve of the Order! May it rain fire upon the false ones!”

Retrieved from "https://spore.fandom.com/wiki/Fiction:Unified_Order_of_Cognalorilos/Cruentus_Battlefleet?oldid=716509"
Community content is available under CC-BY-SA unless otherwise noted.