Successor to the Cognatus Remnant

“We stand for the true honour at the heart of what it means to be Cognatus. The Primercer came to our shores with promises of peace and prosperity, manipulating our culture into serving his will alone. Thus, we cast him out as a false god and declare a new age for our kindred. Hark and take heed, the Cognatus Order is born and we will cleanse the galaxy of all those who disgrace our brethren!”

- Voro Acetenus rallying his followers upon the declaration of the Order of the Cognatus.

The Unified Order of Cognalorilos, often referred to as the Cognatus Order is an interstellar alliance which broke away from the Cognatus Empire during the New Cyrandia Wars in response to the seemingly unholy leadership of the ancient Oikoumene known as the Primercer. Formed by rebels loyal to Shiplord Thaur Vicliquam and led by Primarch Voro Acetenus, the Meritocracy is considerably less xenophobic than the Cognatus Empire and as such is often considered to be the spiritual successor to the Cognatus Remnant, which ultimately joined the Cyrandia Alliance during the Great Cyrannus War.

Led by a Primarch, a position analogous to that of a warrior king, the Order of the Cognatus operates under a meritocratic feudal monarchy, with various councillors representing worlds and sectors under the Order congregating in the legislative Council of World States, which debates the civil and societal organisation of the Order. In addition, the Order fields a loosely organised, though incredibly powerful martial force known as the Cruentus Battlefleet led by a highly ranked individual with the lofty title of Supreme Lord of Concordant Resolution, currently held by N'thavo Xellunaion.

The followers of the Order contain many species ranging from the Cogsangui, the dominant race in the Order, to the Vevilog and even some extragalactic races who feel a certain attraction to the leadership of Primarch Acetenus and his visions for a peaceful galaxy. As allies to the New Cyrannian Republic, the New Cognatus have colonised a new world they christened Cognethril quite close to New Republic space, building an impressive dominion armed against any incursions by the Cognatus Empire or any other potential aggressor.

“What is the meaning of this?! You will find no loyalty from me in your dishonourable hulk of an empire."
"Good. For we fight against them and require your aid.”

During the Dark Times of the Cyrannus Galaxy, the Cognatus Remnant led by Voro Acetenus fell to schemes concocted by religious extremists who wished to restore the piety of the First Cognatus Empire to modern times. Though Acetenus managed to escape into hiding, the Cognatus Empire rose in the wake, ultimately scouring the galaxy for any trace of their Oikoumene Gods. Ultimately, they discovered the Licent, an ancient AI who led to the Primercer, an ancient Oikoumene who was banished by Tyrómairon countless years prior to his ascension to the position of Galactic Emperor.

Though the arrival of the Primercer brought new solidarity to the Cognatus, Shiplord Thaur Vicliquam had his doubts that the Primercer's words rang true. Ultimately, in the aftermath of the Amphryssos Campaign, Shiplord Thaur was enlightened by the Oikoumene AI known as the Adjunct, who in turn directed him toward Proconsul Apollo of the New Republic. An ally to Voro Acetenus, Apollo directed Thaur to the location of Acetenus in the Quadrant Galaxies. Amassing a large rebel force of likeminded Cognatus, Thaur and his ally Morin Ehtar captured the Melkón-class Dreadnought Harbinger of Truth and used it to travel to the Quadrants.

There, the Harbinger arrived at Koerband where the rebel Cognatus began the search for their exiled leader, who had since joined the crew of the starship Falcon commanded by Rambo Nation operative Claire Rambo. After recovering Acetenus, the crew of the Harbinger returned to Cyrannus under the command of Acetenus, Vicliquam and Ethar, who decreed that a new age had dawned for the Cognatus.

The early months of the Order's existence was largely dominated by internecine conflict with the Cognatus Empire dubbed the Sundering of the Cognatus. Though this conflict was largely isolated to worlds within the Cognatus Empire sympathetic to Primarch Voro's plight, it did occasion erupt into interstellar space, most notably during the Battle of Emónoain, when Thaur Vicliquam's Fleet of Majestic Integrity clashed with Vos Adamae's forces in a colossal conflict over an ancient Oikoumene construct.

Away from these destructive conflicts however, the Primarch desired to build peaceful relations with many of the former Remnant's allies during the Great Cyrannus War. This ultimately led to the reaffirming of the alliance between the Order and the New Cyrannian Republic, which in turn led to positive relations being fostered with the Republic's allies such as the Indoctrinate Collective and the Brood of War. In a controversial decision soon afterward, the Primarch led the Order to join the Mou'Cyran Accords as a means to project the Order's power beyond the Cyrannus Galaxy. However, many in the Order saw the Accords as a weak organisation with popular opinion only turning to the Primarch's action after the Order's involvement in the Cataclysm in the Neutral Zone in 05 NE.

“For too long we have been at war. Let us enjoy peace while we can and celebrate the liberation of our homeworld. As you say, a new era has dawned for our people. Let us reach for it!”

To the surprise of the Order's commanders, the Galactic Empire of Cyrannus's emissary Maethoruin approached N'thavo Xellunaion with a plan for a joint strike against the Cognatus Empire at Cognalorilos, as both faced a common enemy in the form of the Primercer and his thralls. After much deliberation, it was decided that the plan would go ahead. With a massive Cognatus fleet led by Xellunaion and Acetenus, augmented by Imperial forces led by Maethoruin, the Battle of Cognalorilos was waged. Ultimately, the battle would see the end of the Primercer and the splintering of the Cognatus Empire. In the battle's aftermath, the Order began an era of reconstruction and expansion, all the while preparing to inevitably face Vos Adamae in combat.

The Order of the Cognatus is a meritocratic feudal monarchy led by a Primarch, a warrior king, who serves as a unified voice for the various disparate planets and sectors which swore loyalty to the Order. Though the position has near absolute power over the organisation, the Order is also served by the Council of World States, a legislative body made up of Councillors representing the sectors of Cognatus space which pledged their allegiance to Voro Acetenus. The Council of World States is led by an aristocratic Cogsangui known as the Lord of Councillors, a position currently held by Ashel Tathok. As a martial society, the military also plays a key role in governance, with the Supreme Lord of Concordant Resolution being seen in almost the same light as the Primarch in terms of leadership.

The Order of the Cognatus originated from Cognatus Rebels led by Thaur Vicliquam and as such did not have a proper governmental structure but rather a rigid and highly traditional hierarchy of military commanders and warriors united in their opposition to the Primercer's control over the Cognatus Empire. However, after the rescue of Voro Acetenus and the official declaration of the Order, a government based on an evolved form of feudal, meritocracy emerged led by a single Primarch chosen exclusively based on his deeds in both battle and administration, ensuring in the mind of the Order's founders the strength and legitimacy of the leader. 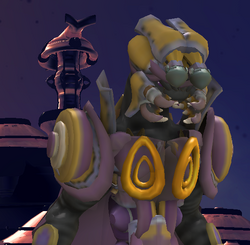 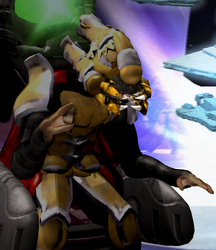 “We understand the power of reason, the benefits that allies no matter the species can bring. This is why the false Cognatus will fall. Their hubris will be their undoing.”

The Order of the Cognatus, like the Cognatus Empire is a heavily militarised society in which every citizen irrespective of gender or race are expected to to serve at least a year in the all-encompassing military of the Meritocracy. Nevertheless, the Meritocracy takes a far more secular approach to religion, though it is still considered to be highly conservative in that regard when compared to modern Cyrannian civilisations such as the Republic and the Empire, with most of the population still believing that the Oikoumene are gods despite their belief that the Primercer is a false one akin to a devil-figure who came to this universe in order to test the devotion of the Cognatus to their true gods. Compared to the Cognatus under the Primercer's domain, the Meritocracy is far more open to dealing with alien civilisations, having particularly close relations and links with the New Republic which aided in the establishment of their civilisation.

The Meritocracy is centred around the planet Cognethril in the Hanwyr Sector of what was once considered to be the Unknown Regions of the Cyrannus Galaxy. Bordering New Republic space in Coru Secundus to the west and the Ecclessoth Convocation in the south, the Meritocracy is located far from the borders of the Cognatus Empire and is thus less likely to be attacked. Nevertheless, the position of the Meritocracy puts it within striking distance of the Rihanae Pact and even more terrifyingly the Neraida Gigamatrix. Under the leadership of Primarch Acetenus, the Meritocracy also plans on expanding into the Quadrant Galaxies and possibly also the Outer Gigaquadrant in an attempt to ensure the continuation of their civilisation should the Primercer turn his attention away from the Empire and toward the Order. 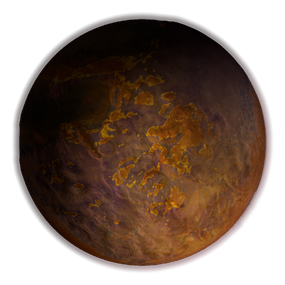 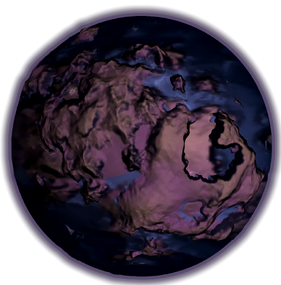 “May the gods watch over your battles.”

“You have gained our respect, but not yet our allegiance.”

“Our patience is not infinite!”

“Whimper though you might, you will find no mercy.”

“A new day has dawned for the Cognatus, these Cognethril will have the support of the Republic in their efforts to restore honour to their civilisation.”

“Pathetic barbarians. And the Republicans have allied with the beasts? Typical.”

“Insignificant heretics. They will soon know the folly of betraying the Primercer.”

“You zealots are too noisy, repeatedly creating more and more governments everywhere. As far as I am concerned, you are a plague in my race's path. All of you.” 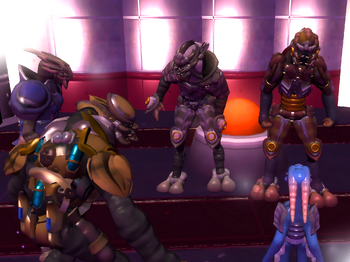 Retrieved from "https://spore.fandom.com/wiki/Fiction:Unified_Order_of_Cognalorilos?oldid=764980"
Community content is available under CC-BY-SA unless otherwise noted.