The Unification of Grox, Bachyeon and other species interests

Neutral Evil
“Order. Unity. Obedience. This and so many other things we taught and brought to the galaxy. Prepare yourselves. We shall do so again.”


- Declaration of the Ultima Singularity.

The Ultima Singularity is a massive empire formed from the Grox Grand Dominion, the Leviathan Hive-Mind, Tarmealox Hierarchy and remnants of the Bio-Morphling Horde, and their client races/empires after the tactical retreat and withdrawal from the core regions and central areas of Mirus, to inhabitant a wide sphere of influence in the region referred to as the Reaper's Grasp, and would be their haunting grounds. Lead by leaders of all four powers, and having the technology to boot, the Singularity has become one of the greatest threats to Mirus, as the only positive is their withdrawal and retreat from the core has lead to the other powers being able to gather their strength and rebuild and build themselves back up to prepare for whatever the singularity has planed. For their part, the Singularity is happy to simply sit back and let the other powers struggle amongst themselves before they return to reap the organic races and finally bring the galaxy to order.

The Singularity currently has no plans to go against their rivals and peers throughout the galaxy, and remains within the Reaper's Grasp region, harvesting solar radiation and stellar energy to fuel their ships. Multiple groups make up the Singularity, but all answer to the Eternal Mind and his various Overseers and servants as they plot to finally destroy the organics throughout Mirus, and beyond.

The Creation of the Ultima Singularity came about from the tactical decisions of the various factions to withdraw from the Core and the reach of the other powers, who desired to end their threat once and for all, and bring peace to the galaxy. The Grox Grand Dominion had long collected energy from the core, but doing so made them a valuable target to their rivals and foes, and with recent losses from their Brotherhood rivals and the recent Covenant of Mirus, they were forced to accept that the Core was no longer a reasonable place to hold their empire. Likewise, their allies, the Leviathan Hive-Mind, began to foresee the need for greater military power that they simply couldn't muster, and began to prepare accordingly. The Tarmealox Hierarchy, growing aware that their former Trade Partner, The Zarbania Powers were gunning for their resources and borders over their alliance with the Grox, came to the conclusion the Dominion would not help them.

The Bio-Morphling Horde, meanwhile, was caught in the midst of a serious war with other powers, and were barely able to contact their allies. As such, when the GGD called forth the Leviathan and Tarmealox, very few Bio-Morphling members were able to join the "conversation". As such, the meeting between these hostile powers concluded that, though powerful on their own, they could not win against the powers of Mirus alone, and the Eternal-Mind of the Grox concluded that all joining together would be a far more beneficial plan in the long wrong, with the governments of the rest concluding that that was indeed correct, and accepted his wisdom. As such, the Eternal-Mind ordered his servants to withdraw from the Core, as did Supremius of the Tarmealox, and head towards Reaper's Grasp. At the same time, the Bio-Morphlings and Bachyeon, abandoned many of their worlds to head towards the same location.

When all arrived, the Eternal-Mind stated his intent, but first the Supremius had to withdraw his claim as the Heir to the Grox Meta-Emperor, and after bringing his psychic might to bear, brought the Supreme Prophet to heel, and made the Ultima Singularity his Empire, an extension of the Grox Grand Dominion and the Grox Meta-Empire, and plotted to wage war once more. Though they had given up much energy to evacuate the region, Collector Drones still remained within the Core to gather it's radiation and energy for the Singularity's use, and after all gathered parties accepted the reign of the Eternal Mind, the Singularity truly began, and was soon building it's resources to wage war on the enemies of the Grox and it's allies once more.

To legitimize his role, the Eternal-Mind declared his Grox Imperial Grox, and those opposed to him, Renegades, even those Meta-Fascists who remained, independent from the Civilization's takeover. In this way, he would emphasis the power and legitimacy of his faction over those that sought to become the next empire.

The Ultima Singularity prides itself on being the most powerful, dominate cybernetic hivemind to exist within the First Gigaquadrant as of yet. After the withdrawn of The Junction and the destruction of the Neraida Gigamatrix, this might be a claim they can back up. Though made up of four different powers and their sub-factions, the Singularity ultimately bows to the will and command of the Eternal-Mind, though the needs and desires of all members of the Singularity are considered and appropriately balanced against the current resources and regulations put forth by the Overseers and their Eternal Master. With all of this in play, the Singularity has many powers and abilities to call upon when waging war, and is considered one of the most fearsome foes to face when attacked within Mirus.

No matter how one is assimilated, by the Leviathan Hive-Mind, Alpha Grox or Bio-Morphlings, all will come to serve and be controlled by the Eternal-Mind and his servants, their personalities added to the greater whole and merged without anyone able to break free, given the great power the Eternal-Mind now commands from all collectives being merged into one.

Though there is no hierarchy, there is a clear class/Caste division amongst the forces of the Singularity, with most Grox and Leviathan Aliens occupying a leadership caste overseeing planetary management, resource operations, scientific research and other fields, while other species, like the Tarmealox, Marinox and others perform as a military caste. This is by no means concrete, as many Tarmealox and Marinox assist in research, while Grox Warriors can be found in battlesuits fighting on the frontlines.

The Singularity's every citizen is possessed with a zeal and fiery hatred that pushes them to extreme levels of pride and arrogance, with every goal, be it reclaiming their "brother" cyborgs in other galaxies, taking back their ancient homeworld of Atzerry or annihilating their hated rivals, they have an almost religious belief in their ability to get it done.

Though lead by the Grox, the Ultima Singularity has come to have all sorts of cyborgs and other such beings within their borders, all of whom are focused on ultimately crushing the organic races and finally bringing about their 1000 Year reign upon the universe. They are divided into Castes based on effectiveness and abilities within a given field.

Note that this doesn't contain the full list of assimilated victims of the Singularity, which would most likely include a majority of species from the First Gigaquadrant. 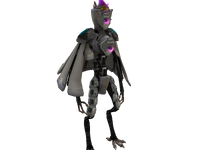 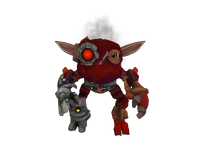 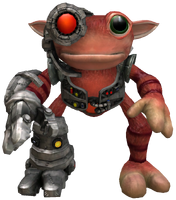 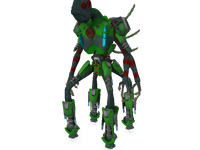 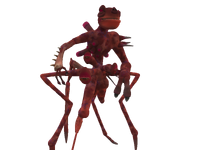 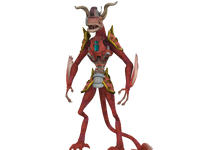 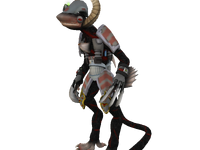 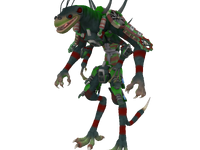 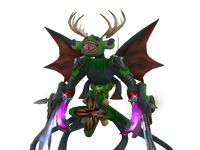 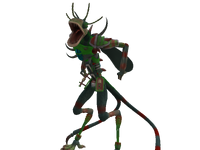 The Tarmealox are the few species that have religious beliefs, and hold the Eternal-Mind as a God Incarnate. Supremius has been forced to act as his great mouth piece and servant to foster this façade. The rest are entirely cybernetic or hive-minded, and display no religious beliefs or identity.

The Ultimate Singularity is lead by the leaders of all Factions. The Eternal-Mind holds the title of Alpha-Emperor, specifically meant to invoke the Meta-Emperor that once lead the Grox Empire before the New Grox Wars lead to his defeat, and is seen to by a number of Overseers who act as his "Kings", akin to Grochious and Mirras, while other figures lead the Singularity alongside the Overseers, such as the Supremius of the Tarmealox, and the Mausoleum of the Bio-Morphlings. Beneath them are Underseers who act as generals, admirals and administrators of mining and resource collection operations.

The Ultima Singularity holds much of the Reaper's Grasp reach, north of the Infernal Republic, as well as small holdings in former Tarmealox territory, small sectors of the core, and outposts and colonies in neighboring sectors near the Grasp. Their capital, Daman is named after the starship that saved the Grox from Annihilation, and lead to the Crimson Tear being formed. The Singularity decided to pay homage to what they viewed as the saviors of their race.

The Singularity has servants from all across the empire of various species, ready to oversee the operations and assimilation of weaker and lesser beings.

We hold you in less contempt.

“Our knights will wipe this cur from the gigaquadrant once and for all. There is no pact, no alliance, no deal they can make to escape justice.”

“They are a danger to all Tyrisians. Precautions must be taken to ensure the safety of our galaxy. If that means eradicating the Singularity, then so be it.”

- Lord Magmos of the Grand Republic of Tyris Major

“Once I'm done with the Nebulorians, I'm setting my sights on the Singularity. If left unchecked, they will soon turn their gaze on Tyris Major. ”

“The Ultima Singularity was it? Initially I judged you as an amalgamation of forces that have failed to defeat the children of lesser 'gods'. Your members have made enemies of the Light, the Dark, and everything in between. What a precarious situation. If you were loyal to me and accepted the Truth, then perhaps I could tip the scales in your favor.”

- Ara Maya, Goddess of the Void

“We were born to destroy you, and we will follow the purpose through to the end.”

“No matter what galaxy, Grox have a supernatural talent with worming their way into becoming a threat.”