“Adelheidis is a more powerful leader than you'll ever be. I intend to support her bid, and with her at the helm, the Empire will know defeat.”

The True Republic was a rebel movement formed in 16 NE, in opposition to President Apollo's leadership over the New Cyrannian Republic in the wake of the Mou'Cyran Cataclysm and the beginning of the Second Great Cyrannus War. Led by Praesator Adelheidis, the True Republic sought to topple the government on Capricaerón and instate a new regime to fight the Empire, arguing that Apollo seized control over the New Republic illegally. Upon declaring her independence from Apollo's government, Adelheidis sought allies in her bid for power, coming to an arrangement with the Rambo High King Rambert Ramveral, as well as convincing the Praesator of the Republic's Mirus to side with the True Republic. Manipulating the fears of the Republic's citizenry that Apollo's leadership would lead the Republic to ruin, as well as the sentiments of far-right elements of the Centrist political faction, Adelheidis fired the first shots of the New Republic Civil War—the culmination of her years-long quest for unlimited power.

The True Republic won many early victories against Loyalist forces in Cyrannus, successfully seeking the aid of Apollo's old enemies in the Jenassian Regency and the Regellis Star Empire. However, faced with growing opposition to her rule in Republica Elen'Nanethia, as well as the military might of Apollo's allies, Adelheidis and her forces were pushed by the Quadrants. In Mirus, much of her support was eroded when a coalition consisting of the Mendel Pact and the Vanara Houses restored control over the Republic's Mirusian colonies to the Loyalists.

In the Quadrants, the True Republic received a temporary boon when High King Rambert intervened to support Adelheidis, though after the Rambo defeat at the Battle of Pauvenris, he suddenly turned against her, revealing her location to the Empire. In what became known as the Viper's Last Stand, the True Republic armada was completely annihilated by Grand Admiral Tector Decimius, while Adelheidis herself was brought to Orbispira, where she met her end at the hands of Emperor Tyrómairon.

“We will be independent in name, until a proper selection process for the President is introduced. We will oppose Apollo's government in any way, shape or form.”

The origins of the True Republic movement lay in the actions of a single figure—Adelheidis, the former leader of the Republic in Exile. A demagogic and power-hungry woman, upon her removal from office during the Dark Times, Adelheidis began a campaign to reclaim her lost power, and more, allying herself with the criminal Syndicate to further her objectives. Soon after her election to the New Republic Senate in 11 NE, Adelheidis won a surprise victory to the office of Praesator of Republica Elen'Nanethia, riding a wave of anti-Imperial sentiment and distrust of the centralised government on Mou'Cyran.

With the destruction of Mou'Cyran and the declaration of open warfare between the New Republic and the Galactic Empire of Cyrannus, Adelheidis finally saw her chance to claim ultimate power. Disavowing the ascension of Apollo to the Presidency, Adelheidis rallied her loyal followers into action, claiming that Apollo's government being formed on Capricaerón was born of illegitimacy, while championing erroneous "alternative facts" that in such a situation, the President could only be chosen by a summit of Praesators.

However, Adelheidis bided her time to strike out against the Capricaerón government. Throughout the opening stages of the Second Great War, she refused to send aid to the New Republic Navy, preventing Apollo-loyal officers in the Elen'Nanethian defence fleet from joining the fight, and sending emissaries to support her bid for power among the few Republic territories not under siege by the Empire. During once such meeting, Adelheidis herself smuggled herself to the Rambo Capital, where she met with High King Rambert Ramveral. Utilising her seductive charms on Rambert, she managed to convince him not to support Apollo's government either.

Soon after Adelheidis learned that Praesator Waron Paratius had been arrested by Apollo, upon his admission that he supported Adelheidis, the wily Praesator declared open rebellion against Capricaerón, proclaiming her "True Republic", which would overthrow all opposition and spell a final end to both Apollo, and the Empire.

Striking swiftly after the Liberation of Coru Secundus, Adelheidis led her fleet through the wormhole at Lianna Station and besieged the Republic-held Saxhleel Station. Though Apollo had declared Adelheidis to be an avowed traitor to the Republic, he was nonetheless eager to discuss terms with the rebel Praesator. However, upon capturing Saxhleel, Adelheidis' fleet, painted in the gold standard of House Adelheidis, opened fire on Fleet Admiral Laege Shavalera's forces. During the battle, the Aldárae Knight Kara Inviá infiltrated Adelheidis' flagship, the Talon of Veloci, and began reporting to Capricaerón any relevant information she could find about the Praesator's plans.

Adelheidis, prescient to Apollo's advantage in terms of his allies, successfully allied with the Jenassian Regency and the Rihanaen Star Empire, greatly increasingly her military might. However, even these additionally forces was insufficient against the power of the Mou'Cyran Accords, which won a decisive victory over the True Republic at the Second Siege of Saxhleel, pushing Adelheidis and her forces back into the Quadrants. Meanwhile, in the Mirus Galaxy, where the bulk of the True Republic's forces and support were located, the Mendel Pact and the Vanara Houses began to launch lightning strikes against True Republic space. Eventually, with the aid of Loyalist officers such as Captain Aeranyeos, the rebels were defeated at the pivotal Battle of New Corulus.

In the Quadrants, as Adelheidis prepared for the New Republic's arrival, she began to reinforce her strength against the inevitable counter attack. However, under her nose, Kara Inviá travelled to Apatalore and met with former President Apaltar, whom Adelheidis had placed under house arrest. Together, they travelled to Adelphi and Andormaru space, forging a Loyalist coalition which proved instrumental in the True Republic defeat at the Battle of Lianna. However, while Adelheidis lost much of her fleet at Lianna, a Rambo armada under Commodore Malegras aided her against the Republic, solidifying her alliance with Rambert.

“You thought you could fight the tide, but in reality, you have been swept by it, as will all of the Republic.”

However, a few weeks later, after the disastrous Rambo defeat at the Battle of Pauvenris, Rambert abruptly severed his ties with the True Republic, and informed the Empire of the location of the last of the rebel fleet at New Capricaerón. There, the Imperial Grand Admiral Tector Decimius annihilated what remained of Adelheidis' forces, and brought her to face the Emperor on Orbispira. There, at the hands of the Emperor, both Adelheidis and her vision of the True Republic died.

“Such irresponsibility and shamelessness on the part of Praesator Adelheidis. It reflects poorly on all of us who champion the republican tradition to see it abused to propel the power-grab of a single corrupt individual. I only hope this "True Republic" dies quickly so that these fractures in the Cyrannian Republic do not become more lasting than they need to be.”

Under the leadership of Praesator Adelheidis, the True Republic styled itself not as a separate entity from the New Republic, nor as a resistance movement akin to the Cyrandia Resistance. Rather, Adelheidis proclaimed that she was the vanguard of the people of the Republic, destined to overthrow the shackles of federalism and instate a new era for the Republic's colonies, under the leadership of a new President chosen by the Praesators of the Republic's major states.

Acting as a strong woman, Adelheidis manipulated the public perception of Apollo as a peacemaker and a pacifist, into a caricature of a cowardly career politician, powerless against the spread of the Empire, and doomed to preside over the destruction of the Republic. Her rhetoric in this regard attracted many of her fellow Praesators, such as Waron Paratius, the leader of Republica Miraenos, as well as Republica Cirith Belegia's Praesator Vynerion.

However, while she commanded the support of many regional praesators and military officers, Adelheidis was deeply unpopular by the general citizenry. Indeed, while her demagoguery appealed to some in the Republic's less developed regions, her base of power in the Quadrant Galaxies was a bastion of pro-Apollo support, due in large part to the President's history of friendship to the species and worlds of Quadrant 82. Nevertheless, threatened with curfews and pro-Adelheidis mobs, the people of Republica Elen'Nanethia were prevented from overthrowing the Praesator's rule. Nevertheless, Adelheidis was not so foolish as to ignite public hostility by acting against the opposition, and instead prefered to slander such efforts through the media.

Unbeknown to the general public in the True Republic's territory, though well reported in the New Republic-proper, Adelheidis managed to increase her political and military power through secret cooperation with the Cyrannian Syndicate—which she had been indebted to since the Dark Times. Through the Syndicate, Adelheidis pumped funds away from domestic education and infrastructure programs and into her own personal wealth, using this wealth to purchase raw materials to continue building a vast war machine. Similarly, she skillfully struck up a bargain with High King Rambert Ramveral of Rambo Nation, ensuring that any retaliation from Apollo's government against the True Republic's territory in the Quadrants would force the Rambo to open fire on the President's loyal ships—thus sparking a war between the two powers. Curiously, however, Adelheidis did not extend a hand to the New Republic's allies, perhaps cognisant of the fact that Apollo's reputation in the First Gigaquadrant is unimpeachable. This factor was perhaps the most vital for those studying her eventual fall.

Consisting of five battlefleets, the military forces of the True Republic were united by their fanatical loyalty to Praesator Adelheidis. While her forces consisted largely of the Elen'Nanethian Defence Fleet, New Republic Strategic Intelligence believed that the forces under the command of Fleet Admiral Anuatolian remained loyal to Apollo, and refused to join Adelheidis' rebellion. Indeed, to make up for this loss of numbers, the bulk of Adelheidis' Venator-class Star Destroyers were actually built at her secret shipyards in the Caldari Ridge System of Quadrant 82. These vessels, as well as most True Republic military assets are emblazoned in the golden colours of House Adelheidis, differentiating them from the red which predominates Republic vessels. 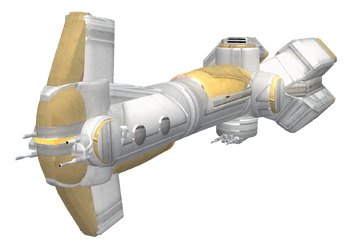 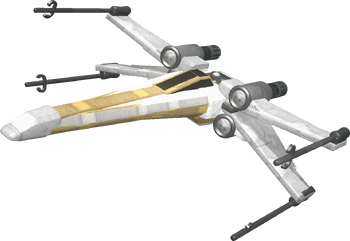 “Together, we will restore a True Republic!”

“We will wipe them off the face of the Gigaquadrant.”

“Traitors to the ideals of the New Republic, and the very foundations of our democracy. I will not let them drag the Republic into further ruination. I am coming for you, Adelheidis, and this time, you won't squeeze your way out of it.”

“A testament of the Republic's failure. It divides and weakens itself from within. You shall be wiped out the face of my Cluster all the same.”

“Such irresponsibility and shamelessness on the part of Praesator Adelheidis. It reflects poorly on all of us who champion the republican tradition to see it abused to propel the power-grab of a single corrupt individual. I only hope this "True Republic" dies quickly so that these fractures in the Cyrannian Republic do not become more lasting than they need to be.”

“There can be no tolerance for traitors to our cause.”