The Tranquil Erethyst Estates are is a loose collection of feudal states located in the Yin Sector of the Selten Galaxy. Dedicated to order, peace and learning, the Tranquil Estates are nevertheless ambitious, hoping to bring together Selten under a hegemonic federation of their making. These goals are currently hampered by a fierce rivalry with the Enatyp Citizen Regime, whom they are connected to by wormhole, and fear of the dominant Adresaas Republic - the Estates will have to pick a side eventually.

The Tranquil Erethyst Estates was formerly located in the Shadows Unholiest Subsector of Selten's Yin Sector. Spacially, the Erethyst were located exactly opposite of the Enatyp both in latitude and longitude from the galactic core, though the two were formerly connected by a wormhole. With the destruction of the Selten Galaxy, the Erethyst followed their Enatyp adversaries to the Mirus Galaxy, where they resettled next to them in the Tandem region. The Erethyst are significantly further away from the holdings of the Purity there, but closer to a few Culkhash League holdings in the Goron Nebula.

As pack animals, the Erethyst species is easily led and managed. Though not particularly charismatic and indeed often rather silent, Erethysts make for great negotiators when needs be, something that was helped them out of prickly situations more than once. That said, the sharp, barbed quils which cover their bodies, in addition to their chisel-like incisors, make them as adapt at defending themselves as they are at making friends. Before sapience, Erethyst packs communicated with each other by stomping the ground, the sound carrying far through the frozen soil of their homeworld. They have retained a particular fascination with music, and while naturally averse to war, this has not prevented them to become enraptured by explosive weaponry. Erethyne, the homeworld of the Tranquil Estates, has been a frigid tundra world since time immemorial, leading the Erethys to have a particular preference for similar worlds.

The culture of the Erethys Estates springs forth from the characteristics of its founding species. Conformity is culturally demanded and those who are deemed to radical are shunned. The Estates are welcoming towards aliens, though demands that they assimilate utterly into Erethyst culture. Various programs and incentives exist to facilitate this, and their attendance is mandatory. Until properly integrated, aliens are given basic rights and not much else, though benefits vastly increase the more one integrates. So too is their society heavily stratified, with those at the top holding nearly all political power and those at the bottom being near-powerless. To the Erethyst, who as a species were never truly systematically adaptive, such a society is only natural and accepted without much afterthought. Aliens, of course, often need a little pressuring, though most come around, if not aided by the constant propaganda that surrounds them.

Though a regime where the world of the highest authority is law and disseminated by his retainers to the individual estates, the Tranquil regime prides itself in its application of non-violence. Crime is unusually low and prisons are focussed on reform rather than punishment. Discrimination against aliens is punishable by law and rigidly enforced - in fact it carries a high sentence compared to the rest of Selten. Slavery of organics, too, is disawoved everywhere. The Estates do participate in the slave trade, though only by buying up slaves and freeing them immediately upon purchase. Such liberties do not extend towards robots, however. Much of the jobs once carried out by Erethyst serfs is now done by shackled robots. Artificial intelligence is strictly forbidden. For the Erethyst, the Servitor Uprising that nearly undid the Estates has only furthered the necessity of such mental shackles. Aside from doing menal jobs, Erethyst droids can also act as domestic servants. Purchasing a droid for such a job is pricy, and as such only the nobility have them in their luxuous homes.

As a pacifist entity, the Tranquil Estates do not seek to meddle in the affairs of others. If provoked to war though, they will seek to subjugate and vassalise the offending party, subjecting them to strict oversight, though their internal structures will be kept intact for the sake of stability. Presapients likewise are uplifted and allowed to exist as vassal states, rather than integrated into a society not of their own making. Even when it comes to seeking coöperation with aliens, the hierarchical mindset of the Erethyst often dominates as they seek to establish a clear hierarchy of power. It does not matter to them that they are at the top or not, so long as the hierarchy exists for ease of their own.

As a feudal system, the Tranquil Erethyst Estates is governed by a High King who gives out titles and space to his subordinates, the sectorial Kings. These Kings, in turn, appoint Princes to govern planets and their populations in their stead. Princes and Kings are largely autonomous, as they may keep a large amount of the oncome generated on their respective estates, though must give the High King their due. Such Kings also raise their own fleets and armies for the defense of their realms, though these fall under the jurisduction of the High King in times of war. This provides another incentive for the nobility to favor peace over war, as too much conflict inevitably means the erosion of their own power.

Though nobility is inherited, a noble who fails the exams of learning can be expected to be stripped of all rank and demoted to the status of commoner. Education is of paramount importance to the Erethyst, for only so the right values can be instilled and the correct path be followed. The nobility closely examine their own ranks much more rigidly than they focus on the skills of the commoners. After all, it is the nobility that has to set the exemple and any failure on their own part, they believe, will be magnified a hundredfold upon the wider Estates. The position of High King is not hereditary, as he is instead elected by an assembly of the entire Erethyst nobility upon the death of his predecessor. The nobility is a fairly tight group, electing amongst their own the one they deem to be most learned and capable.

The education of the nobles is geared towards administration, and the scions of their houses can be found everywhere there, the primary branches in actual positions of power while the cadet branches often serve as administrators and clerks. Commoners take up more specialised jobs, while menial duties are performed by automated droids.

Due to the high degree of power allotted to the nobility, Kings and Princes are oftentimes free to govern as they want, with the High King little more than a figurehead. This allows the High King to focus on learning -theoretically at least- and sagely guide the Kings to the designed path. Should they prove to be too rebellious the High King can remove Kings and Princes at will, though there have been times when the nobility has banded together to prevent such from happening. High Kings are often veritable philosophers of great wisdom and quick wit, whose worlds have great effect despite their limited central power.

The economy of the Tranquil Eretyst Estates is a highly centralised, command-based one. It does not flow to the tune of consumption, but according to multi-year plans. The execution of these plans is strictly enforced, though the plans by themseves can be adapted according to need easily enough.

Planets are specialised in regards to their production output. As such, there exist worlds entirely devoted to mining, agriculture, refining, and even bureaucracy. Each Estate does in fact have at least one of specialised world or orbital habitat for each category. This is done to make each Estate self-sufficient, so the entire realm does not fall should one Esate be conquered or rebel.

The Erethyst see themselves as responsible for the aliens in their care, and are thus the singular species in its military. Aliens are simply not permitted to join, for if they die, it would mean the Erethyst have not been good enough hosts. Handheld Erethyst range weapons have ammunition oftentimes based upon the species' own quils, from the Needler rapid-fire sidearm, the Pinner auto rifle which forms the main weapon of Erethst troops, to the more specialised Spiker carbine used in the tight quarters of urban warfare. Melee weaponry exists still, though the long sarissa pike is no longer as abundant as it once was. Still, amongst the nobility, it is found quite rude to go into battle without a heirloom spear and assorted heraldry of the noble line. Explosive weaponry is abundant too, especially in heavy role, from grenade to missile launchers, though all tend to produce shrapnel upon impact. Experimental sound-based weaponry is mostly handed out to elite troops. For the Erethyst, such fearsome weapons are as of yet difficult to produce, though can rupture their foes' innards even through thick armor, or if the right wavelength is found, brainwash them into switching sides.

The Erethyst Navy is mostly based around the defense of their space, and little on expansion. Missiles of all kinds form the mainstray of Enatyp naval armaments, from energy torpedoes to kinetic swarmer rockets. Such explosives are often complimented by kinetic artillery and gaus cannons, though where possible, anti-missile point-defense has its place in the navy as well.

Oh please, the only place in this universe anyone has is one that they carve out for themselvesIpsissimus Struki 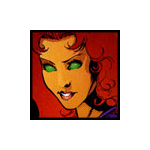 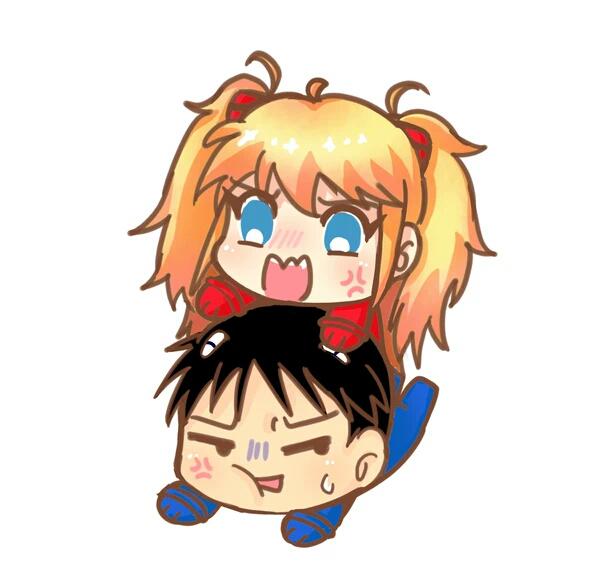