SporeWiki
Register
Don't have an account?
Sign In
Advertisement
in: Articles under construction, Empires, The Valader's Fiction

“From the ashes, a new light has dawned before us, rise disciples of Kraitoss! Let us shine and stand with pride and might once again!”

The Host, now known as the "Psionic" remnant, is a warrior-like organization composed of thousands of different species. It is now residing in the New Chandras sector, rapidly expanding.

During the Terminal Point events, the former leaders of the Host, the Civatrons, departed with their brothers (Andrudans, Juvans) to seek a new way of defeating the endless struggles ahead against the Legion of the Death March, leaving behind races such as the Li Combine.

Leaderless, the Li worked hard to keep the Host together, but the organization now lacked true power to face the demons on their own. In a desperate act, the Li gathered all the different peoples and cultures of the Host and boarded the miraculous arks designed by the Vi'Navitum.

As the gates of the enormous Arks opened, the Li and their followers faced a new horizon before them. As vast as their last one, but unfamiliar. The psionic students wandered leaderless across the stars. The Krass were no where to be found as well, and no race sought to take the great spot the Civatrons had left behind.

The Li in particular, arrived to an area they decided to name "New Chandras" in honor to the space sector where the powerful and titanic city of VofValar once stood. There, a famous personality among them, Aubregas, sought seclusion in the deepest of his thoughts for council, where many of his apprentices followed. For three months the Li and other psionic species worked to rebuild their shinning cities, but they still lacked power.

In the deepest of his thoughts, Aubregas, the dark Li, found direction for his people, and all the psionic cultures. The former Hierarch, the civatron Kroc, emerged from his mind, invading all his senses. The Hierarch was now on a different plane of existence, a new psionic power erupted from his veins, his eyes glowed innovated revelation.

Through Master Kroc, Aubregas contacted the omnipotent psionic race known as the Xol'Etra and he was gifted with amazing power.

After months of sleep, Aubregas awoke with a newly forged spirit, and the Li swore allegiance and loyalty. From then, the Li started to consolidate their rule within the broken members of the host.

From then, many psionic species wandering aimlessly through space came to support this new cause, which many cite as "blessed by the gods". The Li were incredibly perfect for the spot the Civatrons left. Yet they still had to face one more trial before declaring everything was running smoothly, and this one didn't last long to come.

From the far reaches of the New Chandras sector, a portal opened, and an army of demons arrived, seeking survivors to the Annihilation three months ago. At first the Li were alarmed by this, but Aubregas channeled his forces and summoned the Neocrites as well as attract the secretive Krass. With the Neocrite's massive psionic power source and the Krass immense psionic capability, all-out warfare erupted in an historical battle named "The battle of true power's consolidation" according to the Li. After two weeks of exhausting clashes and skirmishes, the demons were defeated in the harsh frost planet of Ylguent.

The rise of a new Host[]

With their power confirmed, Aubregas was named Hierarch by the majority of the Host people, much to the Krass dislike, which instead named Hao their own Hierarch. 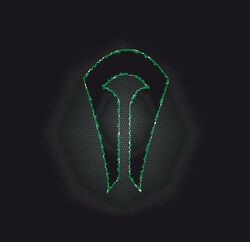