The Ecclesial Navy has close links to the military of the Divinarium, the Dei'Ar Legion, and both are controlled by the Divinarian War Predictor - a title currently held by Matheoward Alvarie. Navy, however, has its own leader, one of the three Predictor Advisors, usually referred as the Navy Predictor Advisor. This title is currently held by Jahricveredis Telnhao. These two organisations are often considered to be one as they cooperate often.

Ecclesial Navy has started to function after the formation of the Church of Spode, and was using primitive FTL technologies to travel between the stars. Due to the lack of any competition in the intergalactic void, early Ecclesial Navy was primarily used for colonisation and exploration, but not for the military purposes. After assimilating Grox technology from the Meta-Empire invasion of the young Church, the Ecclesial Navy was equipped with new FTL drives reverse-engineered from Grox technology, as well as new weapons to face the possible dangers of the new frontiers. Since then, it was expanding, new spaceship classes being built and new technologies being used. After the integration of Imperions into the Church, new species have provided many new technologies and resources, allowing Radeons to enlarge their fleet even more.

Later, in the War of Ages, the Ecclesial Navy's power has been tested with the hellfire - and it has survived that trial. Radeon spaceships have proven to be quite effective in the wars with Xhodocto, fighting alongside DCP, Rambo and SSA forces. However, during the March of the Apocalypse, many of the Ecclesial spaceships were destroyed and many captains were killed. After that, the majority of the remaining ships were being used by various Radeon goverment remnants, particularily the Dei'Ar Theocracy.

After the Annihilation and the reformation of the Church of Spode/Masaari Crusade as the Divinarium, Clericarch Iovera and her followers reinstituted the Ecclesial Navy. Using technologies and the aid of Isio'Nar, Radeons started the massive campaign to create a new, powerful fleet, and many new captains were trained as well. A former Church captain, Jahric, was chosen as the new fleet commander. New technologies invented by new members of the Divinarium were used as well, making the Navy even stronger.

In order to mourn and honour the deaths of Church's warriors in the War of Ages and other conflicts, Iovera changed the official colours of the fleet, white and gold, to black and dark purple. Due to this, the new Ecclesial Navy earned a new unofficial name, the Black Fleet. The Black Fleet soon proved itself worthy on the many battlefields of the Andromeda Galaxy and beyond, and its stealthy and deadly vessels became a bane of countless demon followers, mechanical monstrosities, terrorists and criminals.

After the Andromeda War and the Second Borealis Galactic War have been over, the Ecclesial Navy has become a mostly non-military starfleet, dedicated to maintaining the Divinarium's borders and exploring uncharted space in Andromeda. Neverthless, the dark ships of the Black Fleet still stand ready to protect the Holy Empire if required.

(in-Spore, I often use the wrong prefix: HSS, that's just a typo)

Sororitas class is a small AI drone spaceship, developed recently by Saders shortly after the formation of the Divinarium. It has reached enough nanometallic mass to develop a primitive intelligence of its own, and can communicate with the other spaceships via luminal networks.

Sororitas are typically used for construction of space stations and to swarm the enemy ships. They are equipped with multi-purpose graviton cannons and can also be armed with railguns for additional firepower. 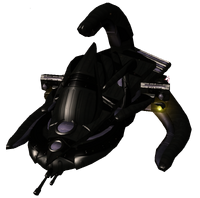 HHS Huntress is the smallest manned spaceship of the Divinarium, being given to inexperienced captains to learn. They are used to support larger spaceships in battles, having large amount of weaponry for such a small ship. They are equipped with wormhole drives and can also open wormhole portals from the Divinarian worlds, allowing smaller spaceships like Sororitas to come to their help, or to deploy troops or colonists on the ground. They are also used to colonise worlds.

Huntress has an advanced AI formed from nanometal. It forms a close link with a captain, allowing him or her to literally feel his or her spaceship. It also allows captain to communicate via luminal networks. 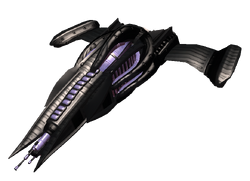 HHS Dragoness is a relatively small, fast frigate meant to be used for quick assaults and exploration. Capable of long FTL wormhole jumps and advanced magnetic STL drives, it can be used to destroy enemy spaceships quickly and effectively. It can also teleport at small distances using wormhole drives to evade incoming missiles quickly. Dragonesses are the prime military spaceships of the Divinarium and are usually leading the attacks. 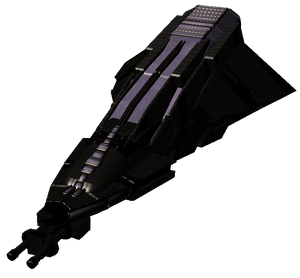 HHS Deathwing is a legendary spaceship that served the Radeons since their very rise as the space nation in every war they have been. The first Deathwing, the Argent Light, has been created during Seranai's rule, and the original design was being constantly improved with new technologies. Nowadays, Deathwings are used for planetary warfare and for intimidation. While small, Deathwing have many types of weaponry equal to larger ships like Venators, and powerful hyperdestroyer lasers of Deathwings can lay waste to entire planets. Various weaponry like plasma cannons, railguns or singularity catapults ensure its power in the ship-to-ship combat as well. Its shields are empowered with elemental energy, guarding it against most of the enemy weaponry.

Deathwings are usually used to lead the battlefleets of Dragonesses, providing additional firepower and intimidation. Its large size allow several nanometallic AIs to be formed, uniting with the captain and allowing him/her to control every weapon simultaneously. 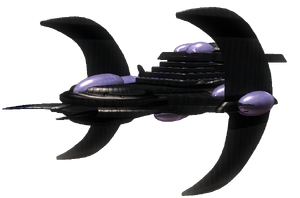 One of the more recent inventions of the Veracitor Overcaste, HHS Radiance has been created to be more well-protected and thus fill a defensive role that the Ecclesial Navy lacked before because of its concentration on offensive warfare. Slightly larger than Deathwings, their shields provide a "bubble" of protection through energising the other Ecclesial starships' defense systems, thus allowing a Divinarium fleet to be significantly more sturdy in battle despite its vessels' small size.

Radiance's advanced shielding, however, has left it somewhat underarmed, and although its only armament, the experimental quagma cannon based on reverse-engineered Delpha Coaltiion technology, is quite powerful, it alone definitely punch. As such, Radiances are frequently accompanied by other vessels with greater firepower such as Deathwings (which are now often equipped with quagma cannons as well. 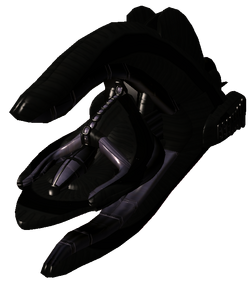 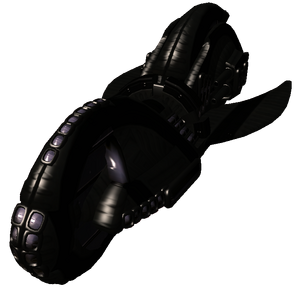 There are very few Terminatrices in the Divinarium's fleet, due to the fact they can't just be made out of simple living metal. In order to create Terminatrix-class, special applications of Essence are required, powering the spaceship with the eldritch energy. Psychic energies of creation are then flowing via currents into the nadir core. This core allows Terminatrix to activate, arguably, the most powerful weapon in the Divinarium's arsenal.

By manipulating the very souls and minds of the enemies of the Divinarium, a single HHS Terminatrix can induce apathy, rage or obedience into the populations of the whole planets. Terminatrices can force the enemies to surrender without a single shot by inducing complete despair or a fiery devotion to the Divinarium's ways. Radeons refer to that elemental creation simply as the weapon, but others refer to it by many names - Fanatical Frenzy being one of them.

In addition to this, Terminatrices are armed with traditional weaponry and armor classical

HHS Astral is the largest and the most advanced spaceship in the whole Divinarium. A gift to the Divinarium by the Messengers themselves, Astral incorporates alien, twisted technologies. It is advanced enough to destroy the entire planets - or to propagade life on the lifeless worlds. It can change the very laws of physics, opening black holes or forcing the very atoms to decompose into the meaninglessness of Chaos. It contains other technologies, but Radeon scientists have not yet discovered them all...

There is currently only one Astral in existence, piloted by War Predictor Jahric and called Luna. Luna is said to have an advanced AI within it, having its own personality and emotions. It is said to be Jahric's advisor and friend. 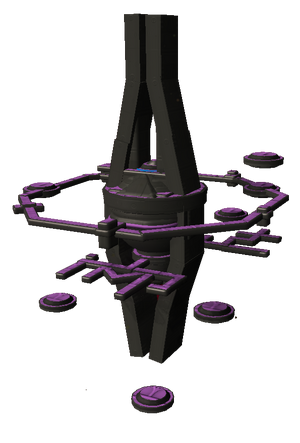 HHS Imperatrix, also known as Station Imperious, is the massive space station that serves as the hub for the Ecclesial Navy. It is a massive station composed of trillions upon trillions of nanobots. They are constantly reproducing and forming new spaceships to be sent into the battlefields via many wormhole portals located on the station. The station is orbitting a large blue giant star called Enodaria, and constantly harvests new materials for construction of spaceships from this star. So sheer is the mass of nanobots forming this station that it has developed a powerful, alien and advanced intelligence controlling its functions. The only being in the galaxy who knows how to communicate with this intelligence is its creator, the Archdemiurge.